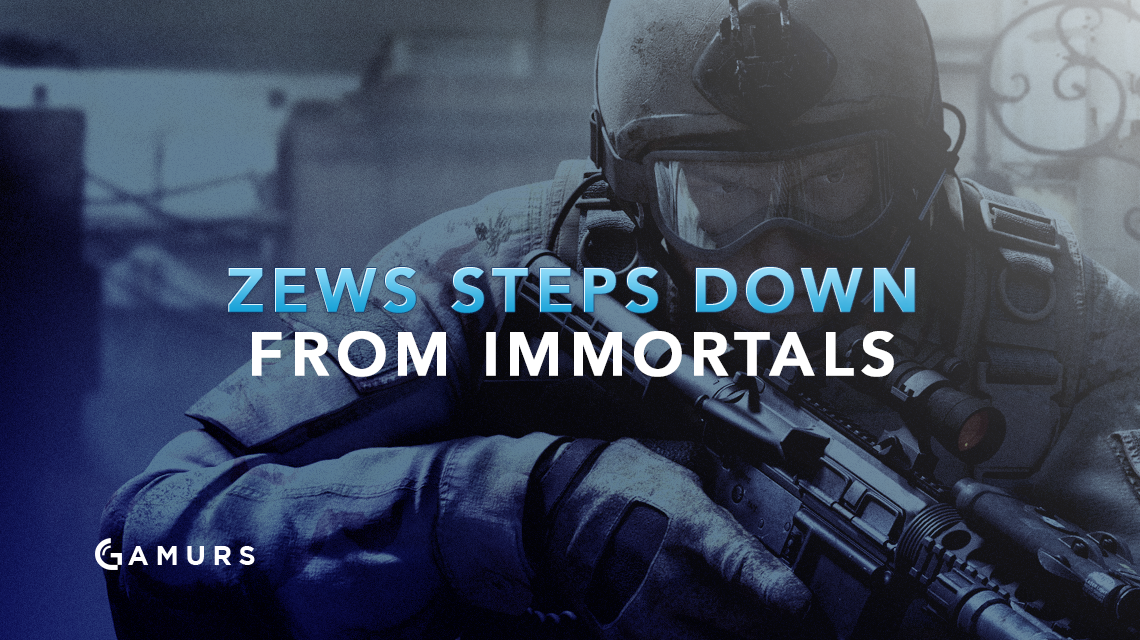 After Twitter user DeKay rumored that Wilton “zews” Prado would be replaced on Immortals, a report came out today on Teamplay.com.br.

The 29-year-old player had been on the team since July after returning from retirement. Prior to the retirement, zews was coaching GamesAcademy and then Luminosity/SK Gaming after the swap.

Immortals were successful with zews on their team and managed to win Northern Arena Toronto, the iBUYPOWER Invitational and the ECS North American Development League.

When it came to ELEAGUE Season 2 and ESL Pro League Season 4 Finals, things did not go so well for them, as the squad finished in the bottom at ELEAGUE and 9-10th at EPL.

According to the TeamPlay report, Lucas “steel” Lopes is the most likely replacement for zews. Steel played for SK back in 2015 when they were still under Luminosity.

The Immortals roster is now (likely) as follows:

If the reports are true, is this a good move for Immortals? Let us know your thoughts in the comments below or tweet us @GAMURScom.