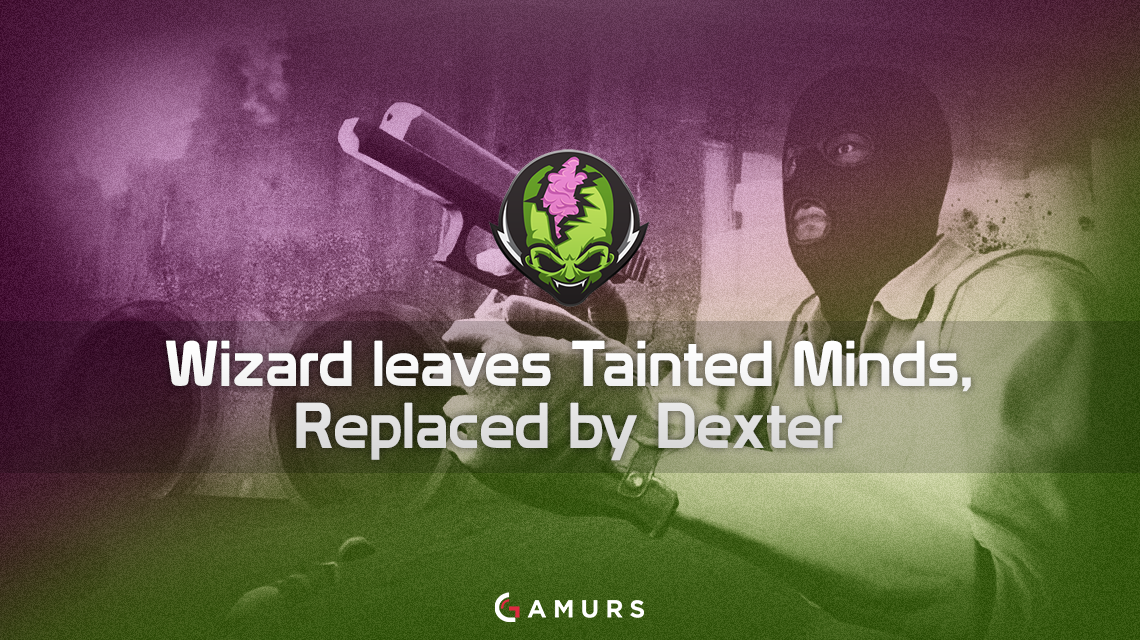 Travis “Wizard” Richardson stated earlier today on social media that he will be leaving the Tainted Mind’s roster. It is now confirmed that Chris “Dexter” Nong (formerly of Winterfox) will be his replacement. Wizard was the only member of the roster who was not a part of the original five, having joined the side following the departure of Kyoto in June, first as a stand-in, then full-time member. His inclusion into the roster helped continue their domestic dominance after Athletico first won their first ANZ Championship without him.

Wizard declined to directly comment on the situation due to the complicated and private nature of the departure, but in his TwitLonger, he mentioned that Tainted Minds recently announced the move to a gaming house influenced his decision. It is not clear yet where Wizard will be going in the immediate future.

He will be replaced by Dexter, who first hinted at joining the roster when he played two ESEA matches last night as a stand-in, and then confirmed the move to GAMURS. Dexter was a part of the Winterfox side which played in America during 2016, maintaining a 9-17 record in ESL Pro League. Domestically, he boasts a second place finish at CGPL Autumn 2016 and a top-four at IEM Taipei before that.

Dexter gave this exclusive statement about the move and hopes for the future to GAMURS:

“I feel great about the move to Tainted Minds,” Dexter said. “They’re a great group of young talented players, who have the drive and level-headed mentality that was rare in previous teams. My expectations for the team is to grow with the experience that Ferg and I can bring to take the talent of this team to a higher international competing level rather than a focus on just the Oceanic scene.”

You will be able to catch the new Tainted Minds lineup in action over the coming weeks in both ESEA-P and CGPL Autumn 2017.

Written by Defender of all things Australian CS, Max Melit, who can be found on Twitter @max_melit or be contacted through email: [email protected].