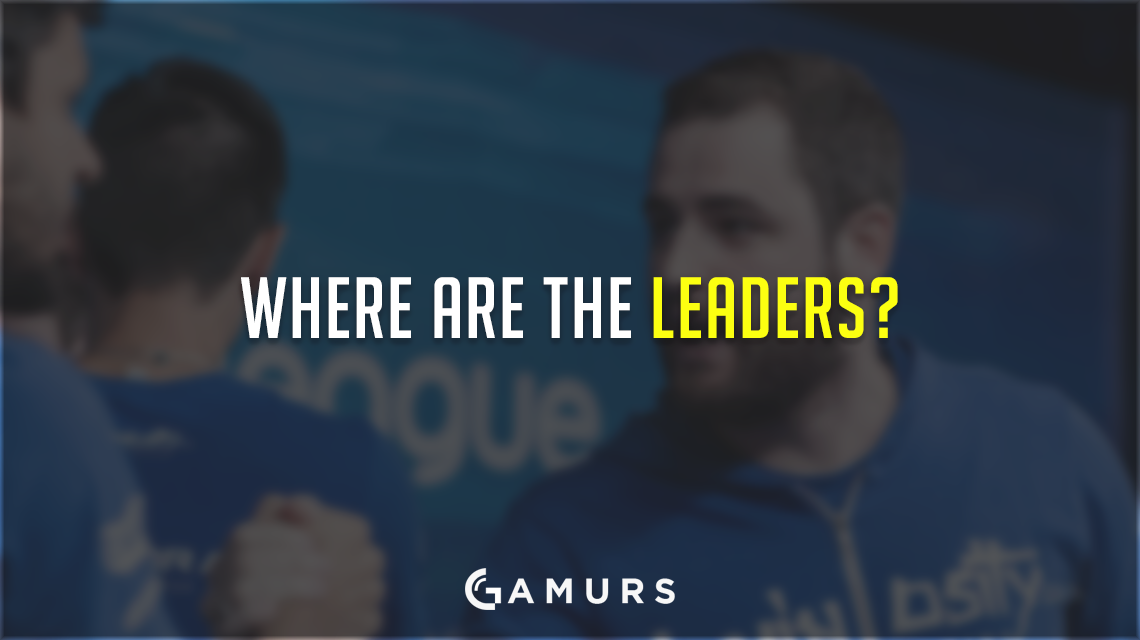 Counter-Strike was once a game defined by its stars and its leaders. Each top-level team had a leader, but now, they are practically non-existent.

Virtus.Pro, SK Gaming, Na’Vi, Team Liquid, Cloud9, Ninjas in Pajamas, Team Dignitas, G2 Esport, Team EnVyUS and Heroic are all in Thorin’s latest top ten teams. Now, with the recent coaching changes, only three of these teams have an actual leader. In order to qualify a team as having a leader, the team must be directed by someone who has an impact every round, has a history to back them up and has strong/followed leadership.

Going down the list, Virtus.Pro is immediately disqualified as having a leader since this leadership bounces from player to player every month. Even if a person makes calls and is called the in-game leader, that doesn’t qualify them as having a leader.

Because of the coaching ban, Sergey “starix” Ischuk can no longer be considered Na’Vi’s leader. This is especially evident with Denis “seized” Kostin taking the role in his place, but seized does not posses the historic qualifications to be considered a leader at this point in time.

On Team Liquid, the role of in-game leader has bounced around from player to player when Luis “Peacemaker” Tadeo has been unable to call shots for the team, so in his absence, no player can really be called a true in-game leader.

Ninjas in Pyjamas was the first to “hire” a coach, but the team’s extremely loose style and the firing of Joona “natu” Leppänen show that they really haven’t had a leader. Björn “THREAT” Pers’ success as coach gave hope that the team could be led, but now that he is staying home instead of coming to events due to the Valve coaching ban, NiP can no longer be considered a team with a leader.

Ever since Kevin “Ex6TenZ” Droolans was kicked out of G2, the team hasn’t had a leader, and their chaotic style shows that they haven’t been able to find one since then.

Despite Vincent “Happy” Schopenhauer having been known as an in-game leader for years, EnVyUs’ current state of flux in that role, as it has shifted between Happy and Nathan “NBK” Schmitt, indicates that they don’t have leadership, at least effective leadership.

The teams that do have leaders in the top ten include Gabriel “FalleN” Toledo’s SK Gaming, Mathias “MSL” Lauridsen’s Dignitas, and Marco “Snappi” Pfeiffer’s Heroic. That’s pretty pitiful, especially if you consider that every team had a leader back in 1.6 and previously in CS:GO.

What do these tactical leaders provide? In an era where most players don’t watch demos, these in-game leaders do tons of out-of-game homework to prepare. This often includes many hours of demo review of the team’s games and upcoming opponents. Since most players hardly ever do this, such leaders become a valuable commodity. Unfortunately, players and fans often fail to see just how valuable they are. FaZe, an organization that pays the highest salaries for a bunch of star players, has done nothing but qualify for events and bomb out in the group stage with the occasional awing best-of-one upset. Now with Finn “karrigan” Andersen on the team, FaZe had two great series versus Immortals and Cloud9 at ELEAGUE. Of course, there is no way of knowing exactly how much impact karrigan joining the team had until we see some more games, since he has only been with the team for a few days. But such a reversal of form is impressive nonetheless and must have already begun to change the minds of those who previously doubted the worth of in-game leaders, especially this one.

What does this change tell us other than the fact that FaZe have improved? Their T-sides have gotten better, and T-sides have a much greater emphasis on coordination and communication. Since karrigan has joined, FaZe has added two more rounds to their five T-rounds per game average. Although that isn’t the same degree of transformation that Markus “pronax” Wallsten brought about while on Fnatic, it is improvement, which is quite remarkable given the language barrier and short space of time.

Astralis, karrigan’s former team, would not listen to his calls, which resulted in them playing poorly and him getting kicked. Often times, this occurs because a star player wants to play in a more flashy and enjoyable way. Such flashy players were recruited to FaZe, and picking up a tactician with terrible score lines signifies a distinct change in direction and identity. It also has much greater implications.

About two years ago, people could only hope that they would see Maikel “Maikelele” Bill and Adil “ScreaM” Benrlitom play again, yet they assembled a team of allstars that everyone thought would have some good performances. In all iterations and under all orgs, the team has failed to get to the finals of a tournament. Making it to the ELEAGUE playoffs, something they hadn’t managed to do last season, doesn’t mean that they are going to win the event; in fact, I do not favor them to move beyond the quarterfinals. Nonetheless, FaZe has shown remarkable improvement with karrigan’s leadership.

Some of the seven teams that I picked out for not having tactical leadership do happen to have players that show other kinds of leadership qualities. Players like Wiktor “TaZ” Wojtas and Richard “shox” Papillon are charismatic and the kind of people with the know-how and ability to manipulate the mood in the team to their advantage. Knowing the mental states of one’s team can be just as complicated as trying to call tactics for them. Some players need to be shouted at and called out in order to play well, and for others, that would shut them down in a critical moment. Leaders like TaZ and shox know what players at what times need certain types of direction.

In this form of leadership, Ex6TenZ, one of the best in-game leaders in Counter-Strike history, comes up short. At the MLG Major, shox was the guy who had to hype up the team with a pep talk because Ex6TenZ did not possess those leadership qualities. If he were that kind of leader, then he might not have become known as a choker, and he might have pushed his team a little further so that they could have beaten NiP at Dreamhack Winter 2013. With that win, they would have certainly beat Fnatic in the finals, becoming the first ever Major champions in CS:GO, and that could have led them to win God knows how many tournaments.

Evidently, charismatic leaders have their place, which might be why teams hold onto terrible players like Adam “friberg” Friberg and Denis “denis” Howell. It’s hard, and without context–impossible, to determine who is responsible for calling the shots and who’s elevating which player so that they can make great plays. Though I am by no means advocating for keeping those particular players, leaders of both varieties are undervalued in Counter-Strike because the tangible product of their efforts often goes unrecognized.

How important is a leader in a professional CS:GO team? Let us hear your thoughts in the comments below or tweet us @GAMURScom.