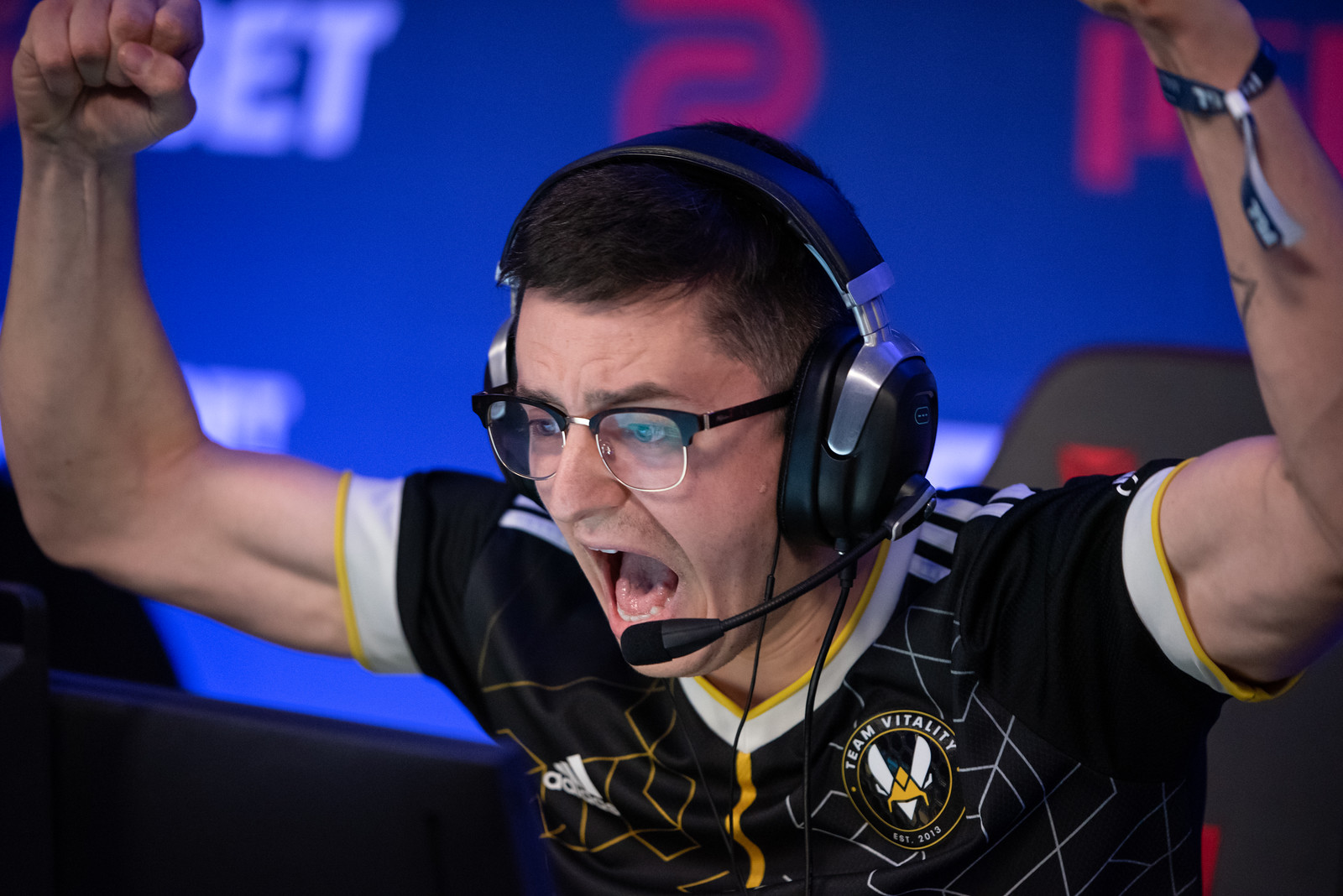 Vitality have pulled themselves out of a hole in the PGL Stockholm Major Legends Stage.

The French CS:GO team were 0-2 after Saturday, Oct. 30, the first day of the Legends Stage. But since then, they defeated Evil Geniuses on Sunday, Oct. 31, Astralis yesterday, and Entropiq today to secure one of the three remaining playoff spots at the Major.

It wasn’t an easy task by any means since all of the elimination matches were best-of-three series. Vitality didn’t look like themselves on the first day of the Legends Stage and even their star AWPer and two-time best CS:GO player in the world Mathieu “ZywOo” Herbaut struggled individually. The 20-year-old, however, stepped up against Astralis yesterday and did it again against Entropiq today. He played a crucial role in Vitality’s victory, finishing the series with a 74-44 K/D, 95.8 ADR, and 1.49 rating, according to HLTV’s statistics.

This elimination game kicked off on Mirage and the map was Entropiq’s to take. The Russians were ahead 14-10 on their CT side and probably would have won if it wasn’t for a one-vs-three ace clutch by Dan “apEX” Madesclaire in round 25. They crumbled after that and Vitality won 16-14. Entropiq didn’t let the blunder affect them on Overpass, though, and tied the series 1-1 with a 16-13 victory, in which they had a dominant performance on the CT side (11-4).

The series decider was Dust II, and after the first two maps of this match, almost everyone at home was expecting a tight game. ZywOo, however, played just as he did yesterday against Astralis and set the tone for the match in the opening rounds. The star AWPer had an ace in the first round and helped his team steamroll Entropiq in the first half, which ended 13-2 in Vitality’s favor on their CT side. With that much of an advantage, there was no room for Entropiq to come back and Vitality closed out Dust II 16-5.

Vitality weren’t looking like a PGL Stockholm Major contender at the beginning of the Legends Stage, but their teamplay has evolved since then and, most importantly, ZywOo seems ready to go toe to toe against the best players in the world, such as Natus Vincere’s Oleksandr “s1mple” Kostyliev and Gambit’s Dmitriy “sh1ro” Sokolov.

This loss is a tough one for Entropiq since they were so close to making it into the PGL Stockholm Major playoffs after finishing the first day of the Legends Stage with a 2-0 record. The Russians will remember that they let two huge advantages on Mirage slip to G2 and Vitality, and that could have made the difference.

The Legends Stage will end today with FaZe Clan vs. Virtus Pro at 9:15am CT and NiP vs. Copenhagen Flames at 12:30pm CT. Natus Vincere, G2, Heroic, Gambit, FURIA, and Vitality are the teams that are already qualified for the PGL Stockholm Major playoffs, which will run from Nov. 4 to 7 at the Avicii Arena in front of a live crowd.