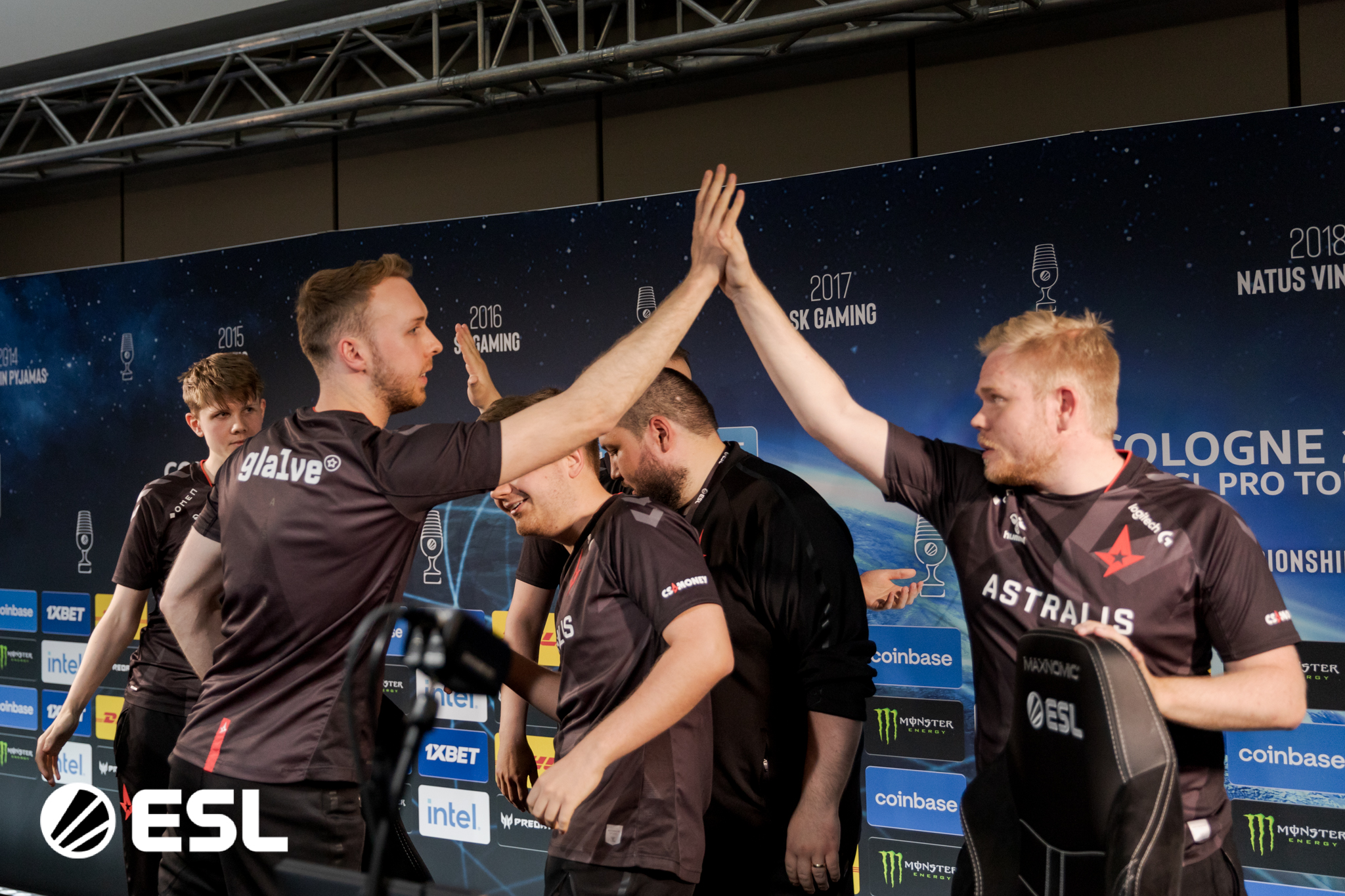 There won’t be a crowd, but the playoffs of IEM Cologne will ideally produce some of the most exciting CS:GO action seen in over a year. Six teams remain in the first CS:GO LAN event since March 2020, fighting for a $1-million prize pool and the honor of hoisting the new Cologne trophy for the first time.

On the eve of playoffs, we’re taking a brief look at how we got to this moment over the past two weeks, how the quarterfinalists match up against each other, and what awaits the winner in the semifinals.

Before matches even begun, all 24 teams traveled to a hotel in Cologne to quarantine for the first CS:GO LAN in roughly 16 months. The players lived and performed in a sterile environment under strict protocol with no serious incidents occurring.

The first set of matches took place in the play-in stage, featuring a surprisingly deep collection of teams including Ninjas in Pyjamas, Team Vitality, FaZe Clan, mousesports, OG, and several others. There weren’t many tremendous upsets during the play-ins, with the exception of Renegades knocking out OG in the final round via a 2-0 series win to advance to the group stage.

In the group stage, there were a couple of surprises in both groups. In Group A, G2 Esports went on a tear in the upper bracket, defeating Complexity, BIG, and most impressively Gambit to secure first place and a spot in the semifinals. Their win against Gambit was as close at it came, with NiKo winning a one-vs-one against sh1ro and getting the defuse with less than a second left to win map three, on Inferno, 16-14. In Group A’s lower bracket, Virtus Pro recovered from an opening loss against BIG with three straight wins against Complexity, Ninjas in Pyjamas, and a revenge victory over BIG.

Over in Group B, Natus Vincere sweated out three wins against Renegades, Vitality, and Astralis to take the top spot. Their wins over Renegades and Vitality came after dropping the opening map to both teams, and against Astralis they had to recover in map three after a lengthy OT loss on Dust2. Similarly to VP, FaZe ran through the entire lower bracket to secure their spot in the playoffs.

Quarterfinal one: Astralis vs. VP

If nothing else, Astralis can at least say that at this event, they made it further than their further superstar dev1ce and his NiP team. It’s a shame the two sides haven’t met yet, and it would’ve been great to occur at the return of LANs, but Astralis now must turn their attention to VP.

This is not the same VP roster that the long-standing Astralis core met in the grand finals of the ELEAGUE Atlanta Major back in 2017. The legendary lineup from Poland may be gone, but the current VP roster is just as dangerous. The new-look CIS roster became a global threat at the end of 2020 and considered one of the best in the world during their IEM Katowice run. But after losing to Gambit in agonizing fashion in the grand finals of that event, that same level of dominance has eluded them in international and CIS events.

Both teams come into this quarterfinal with something to prove. Astralis want to prove to the world, and themselves, that they can win a big event without dev1ce. VP want to prove they’re a threat at international events. Something’s gonna give.

The only playoff team to come via the play-in stage, FaZe Clan are in the midst of finding and perfecting their form, and it’s about time. FaZe’s start to the Twistzz-karrigan era has gotten off to an incredibly slow start, but that didn’t make the Canadian rifler doubt his decision one bit. When he spoke to Dot in June, Twistzz said he was thrilled about his voice and role within the team, and was excited about olofmeister jumping into the starting roster full-time. It’s all coming together in Cologne, with some big wins over Vitality and Heroic punctuating a playoff push on the shoulders of years of LAN experience. Twistzz is also putting up some impressive individual numbers, some of his best in years; he’s got a 1.22 HLTV player rating over 10 maps, the seventh best of all the players at Cologne.

Unfortunately for Twistzz and FaZe, they’ve got to play one of the best teams in the world in Gambit. This has been the year of Gambit, with several top-tier event victories under their belt. While FaZe have been thriving off the play of Twistzz and karrigan bolstered by karrigan’s shot-calling, virtually all of Gambit has been locked in. Sh1ro and company can’t be happy with how close their loss to G2 was and might end up taking out that frustration on FaZe.

The semifinalists: G2 Esports and Na’Vi

Coincidentally, as FaZe are playing their best CS:GO in months, their former star NiKo is back at the superstar level of production G2 fans have been hoping for. While G2’s 2021 campaign has been nowhere as dismal as FaZe’s has, that elusive big tournament win is a glaring omission. That being said, G2 have been much more dangerous in recent months compared to the start of 2021. Right before that upswing, NiKo spoke to Dot in April and said the consistency the team was missing was coming, and that they would be really dangerous once it arrives. So far for NiKo and company, things are going according to plan.

But as great as NiKo has been individually in Cologne, no one has been able to hold a candle to Na’Vi’s iconic superstar s1mple. His HLTV player rating of 1.52 is levels ahead of any other player, and is high even by his unreal standards. But it’s certainly no one-man show in the Na’Vi camp; the entire roster showed up to Cologne and have shown equal parts lethality and resilience.