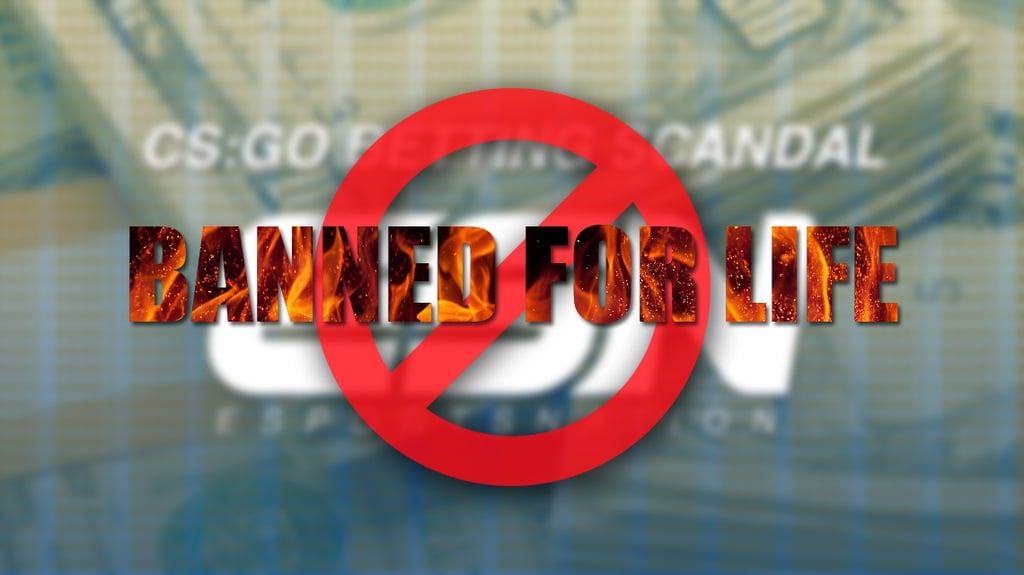 Today in a blog post, Valve has confirmed that a large number of high valued in-game items that were won from that match by Duc “cud” Pham, the middle man in the match fixing, were traded through Derek “dboorn” Boorn to the iBUYPOWER roster, and NetCodeGuides.com co-owner, Casey Foster.The blog post also states that Valve will be directing their partners to ban the individuals involved from participating in Valve-sponsored events. The post also emphasized the following statement:

Professional players, their managers, and teams’ organization staff, should under no circumstances gamble on CS:GO matches, associate with high volume CS:GO gamblers, or deliver information to others that might influence their CS:GO bets.

The list of people banned from participating in valve-sponsored events are: Soon after the blog post, ESEA announced that they “fully support [Valve’s] findings,” and will they also be banning the list of people above from participating in any ESEA events for one year, noting that they can extend the bans indefinitely. In their statement, ESEA also encouraged all organizations to follow Valve’s example and ban these players as well. Shortly after ESEA’s decision, CEVO followed suit, and FACEIT also announced that they are banning the players from their league as well. North American player, Spencer “Hiko” Martin took to Reddit to applaud Valve in their decision to ban the players stating:

It’s a shame what happened to [the banned players], and even more of a shame that they would be willing to risk their professional career just to win skins. They definitely deserve what happened to them, and I will not associate myself with these guys any longer.

Hiko recently left Clutch Cats, a team that included AZK, swag, and DaZeD on the roster, after the team decided to withdraw from the MLG X Games tournament in Aspen, Colorado. Skadoodle, the sole remaining unbanned member of Clutch Cats only had this to say on twitter: https://twitter.com/SkadoodleCS/status/559841746683580417 NetCodeGuides.com’s roster has announced their departure from the organization in light of Casey Foster’s involvement in the scandal. Todd “anger” Williams of the team took to twitter to make the announcement https://twitter.com/goanger/status/559841447680434176 One of the banned players, Braxton ‘swag’ Pierce, took to Facebook to issue an apology, stating:

I was aware of what was happening and allowed it to happen without saying anything. Stealing from people is wrong, and I got what I deserved. I just wanted to reach out to people online and formally apologize because I feel like it is owed.

What do you think about the ban by Valve and other organizations? How do you think the ban will affect the CS:GO competitive and match betting scene? Leave us a comment below with your thoughts, and as always follow @eSportsNation and @ESNCS for the latest Counter-Strike news.