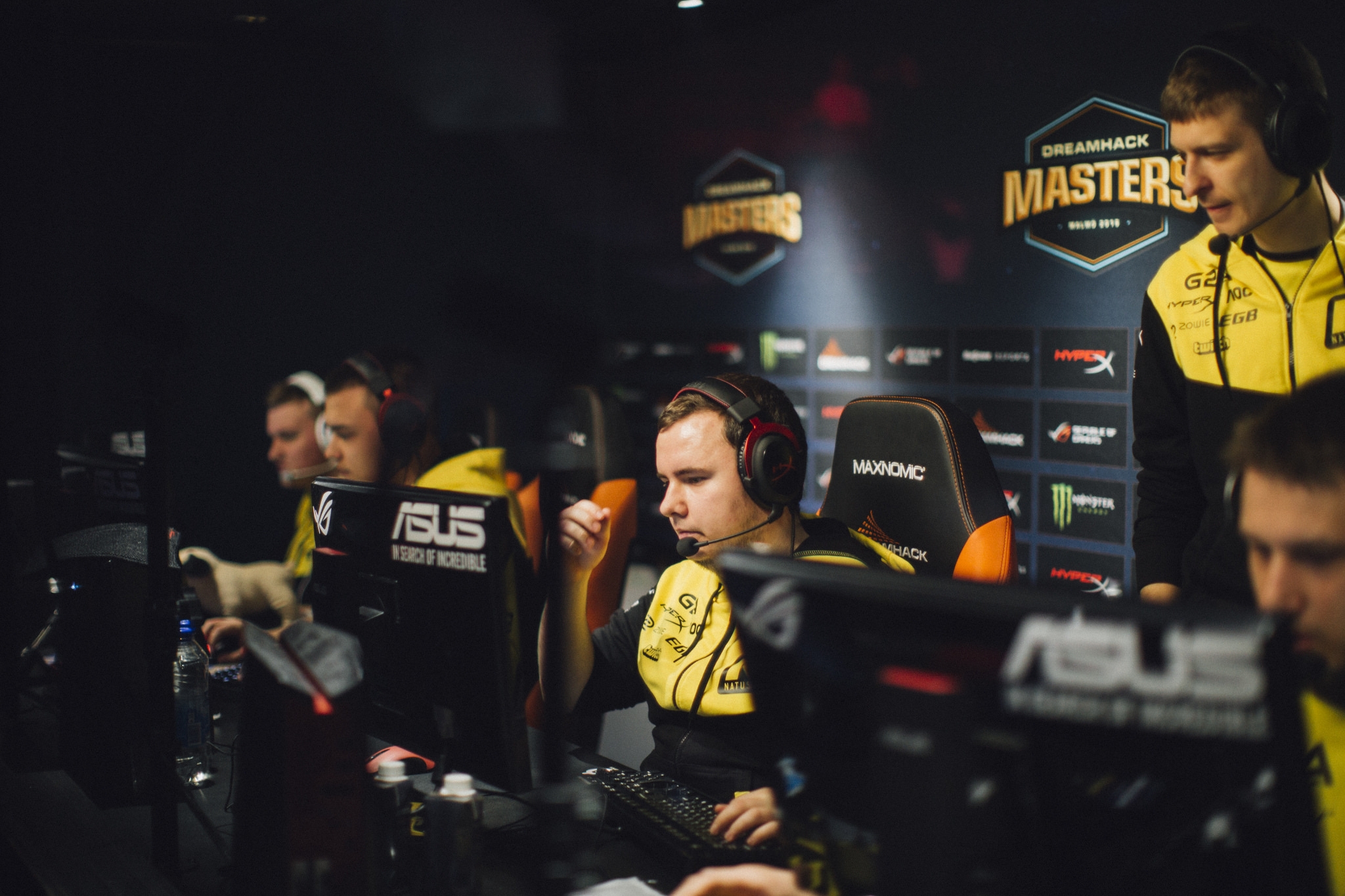 Valve have slammed the hammer down and effectively eliminated the ability for a coach to be an in-game leader in Counter-Strike: Global Offensive. Coaches are no longer allowed to communicate with their team while the game is live, only during half-time and tactical pauses. It seems almost every professional player and analyst is against the decision, but Valve isn’t exactly known for its willingness to admit mistakes and rectify them. So assuming this won’t simply go away, let’s take a look at what sides came out on top and which have a bumpy road ahead of them.

Godsent – Who needs a coach when you have the greatest mind in the game?

You’d think the new members of Godsent must have known these changes were coming, because by aligning themselves with Markus “Pronax” Wallsten they have come out undisputably on top after the changes to coaches in CS:GO. The former Fnatic IGL is considered one of the smartest players of all time. And on both Fnatic and Godsent has never relied on a coach to be the strat caller either before. The new ruling changes nothing for Godsent, and only works to hinder other teams who will perhaps now struggle strategically after adopting coaches as IGL’s.

With the recent additions of Freddy “Krimz” Johansson, Jesper “JW” Wecksell, and Robin “Flusha” Ronnquist, this team looks set to make a real challenge for world domination. Their road to the top just became a lot clearer, and while the players are still against the changes, they’ll surely be relieved that they won’t take too much of a hit.

Another side that has rarely, if ever, relied on the calls from a coach thanks to the brilliant leadership of Gabriel “Fallen” Toledo. Ever since the conception of the team, Fallen has been at the reigns when it comes to calling strategies. Some even consider him the best IGL in the world right now due to his ability to adapt on the fly and out-think his opponents. SK Gaming have won two Valve majors, and countless other titles, without the help of a coach, and that wasn’t going to change any time soon.

If anything, this is a perfect argument for why the new rules are absurd. Literally the best team of 2016 use utilize their coach as a strat caller, and yet Valve’s reasoning behind the decision was that they wanted to find the best “five-player CS teams.” Seems to me like they’ve been hiding in plain site, but coaches are the problem… right.

Envy – Chaos is a ladder

And Envy have just climbed a step above the rest. It’s almost like they played the long con. Perhaps they knew about the impending removal of in-game coaches before everyone else, and while fans were bemoaning the lack of a real IGL, Vincent “Happy” Schopenhauer was sitting back in his lounger, sipping whisky and muttering “they will soon see” to himself.

Envy’s lack of strategic depth has been apparent for a while, and their chaotic style of Counter-Strike has led them to some great heights, but also some catastrophic lows. The role of IGL seems to change dependent on the mood of the players—recently it was even newcomer Timothee “Devil” Demolon. Envy take the win here simply by virtue of refusing to have a coach, therefore at least temporarily they should be able to capitalize on other sides losing their IGL’s. It was a bold play Envy, but you finally pulled it off. Now go out there and revel in the chaos.

Switching up three players and losing your in-game leader can certainly cause problems, and those problems have just doubled in size. Flusha packed his bags and headed off for Godsent, leaving Fnatic with a new-look squad and just coach Viktor “Vuggo” Jendeby with the skills to be an IGL. You can see why this presents an issue.

In the old Fnatic lineup, it was often Flusha and Vuggo exchanging back and forth when it came to strategy in the game, two great minds bouncing off each other to create some magical moments, including the now coined phrase “Fnatic pause.” In one week they’ve lost both. With the new lineup it’s extremely difficult to pinpoint which player will pick up the mantle. Do you make Olof “Olofmeister” Kajbjer, the most experienced, take up leading? And risk losing his insane fragging ability. It’s unlikely to be one of the new guys, who have barely, if ever, faced the highest echelons of the game in it’s current form. Fnatic better be hiding a secret genius somewhere, else this could signal side declining to a low we we’ve never seen before.

Someone better get a boombox outside Danylo “Zeus” Teslenko’s house as soon as possible. The removal of their former IGL could end up haunting the dreams of the Na’Vi players, as Zeus rides off into the sunset, knowing that his value just skyrocketed. Valve could have at least given them a heads up before they went through with the change—or maybe Valve just enjoys the chaos.

Na’Vi had the perfect plan in motion. Pick up the fraggers in the form of Oleksandr “S1mple” Kosyliev and Egor “Flamie” Vasilyev, and drop the IGL role on veteran and coach Sergey “Starix” Ishchuk. The arrival of S1mple propelled Na’Vi into a position to challenge for titles because they had all their bases covered. Starix had been making the calls for months, and now their system has been turned upside down. The silver lining for Na’Vi is that they do posses veterans in Denis “Seized” Kostin and Ioann “Edward” Sukhariev, and it seems likely one of them will pick up the role. Even with that glimmer of hope, Na’Vi take the biggest L here.

Team Liquid find themselves in a similar situation to Na’Vi, having lost their main IGL in Luis “peacemaker” Tadeu. The difference here is that Spencer “Hiko” Martin has actually been the IGL for this team, as well as others, in the past. Those weren’t the brightest days for the team, but he can theoretically get the job done. It’s still certainly a loss for a team that looked fairly promising heading into future events.

Liquid can benefit from already having a fairly simple system in place already for their roster: everyone knows their role and it pretty much works. But losing Peacemaker means their ability to adapt during rounds takes a big hit. The fairly recent removal of former IGL Eric “Adren” Hoag adds and extra sting for the side here, but ultimately there’s a chance for the team if Hiko can take up the reins again, and perhaps learn a thing or two from Peacemaker. They still have one of the brightest lineups in North America. Their previous aspirations for making a dent on the world stage, however, may have to take a step back as they adjust to the changes.