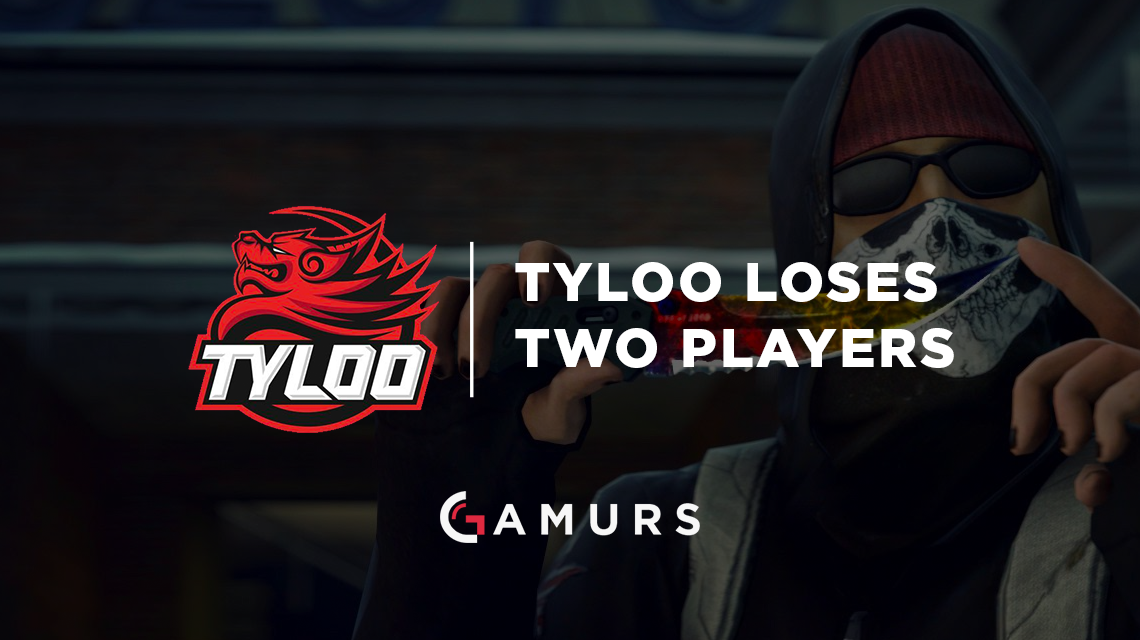 YuanZhang “Attacker” Sheng and YuLun “fancy1” Cai have been removed from TyLoo’s lineup, along with their coach. HaoWen “somebody” Xu has also been suspended from the active lineup.

China’s best team, and one that often looked capable of breaking into the higher echelons of the international scene, has lost some of their players and coaching staff following some members of the team contacting other teams and players while representing TyLoo.

The gaps in their roster will be filled, temporarily, by stand-in players as the team is set to compete at the WESG World Finals in only a few days. TyLoo has resorted to using the Chinese trio of Zhen “HZ” Huang, LiKan “ryk” Luo and Lei “bottle” Mao in the $1,500,000 tournament that’s coming up.

The players mentioned above, along with coach QiFang “Karsa” Su, gave a statement to HLTV.org to explain their side of the story.

“First of all, the players never actually had a contract in writing with TyLoo,” Karsa said. “The organization promised that the players would have the same basic salary for every single player but they failed their promise. Mo, DD, and fancy1 were later offered more salary but were told to not tell this to other teammates. Mo and DD accepted, fancy1 refused. This caused resentment for attacker, somebody, and karsa. The organization didn’t keep their promise to pay everyone the same salary, so players decided to leave. Then TyLoo made an alliance with the event organizers to ban the players.”

They then went on to say that a fuller statement would be given to HLTV.org on Jan. 11, hopefully shedding some light on a confusing situation.

TyLoo has also given an official statement about this situation, stating, “Since TYLOO’s CS:GO team returned to China after the ELEAGUE Major Qualifier, team coach Qifang Su (Karsa) and player Yulun Cai (fancy1) have been contacting with other organization, while still in the contract period, and also persuaded teammates to join the other oranisation. The behavior has not only damaged the good relationship with the company, but also stimulated internal conflicts in the team.

As, TyLoo stated the following decisions in response to these recent events.

“After serious consultations, the company has made the following decisions:

3. Haowen Xu (somebody) into suspension.

We also want to thanks to Hui Wu (DD) and Ke Liu (Mo) for trusting the company in any situation.”

GAMURS reached out to TyLoo’s manager, KIndy, for his opinion on the whole situation, to which he said, “Attacker, fancy, karsa, and the evidence provided to HLTV is ridiculous. First, there is a contract between the club and the players. Second, the player’s contract has not expired. The players secretly contacted other organizations. This is a breach of contract.”

We will be sure to update you on this situation if any more information is released.

What will become of TyLoo now having lost a large portion of their lineup? Let us know your thoughts by commenting below or tweeting as @GAMURScom.

The author, Cam “clootch” Brierley, can be reached on Twitter @clootch_cs