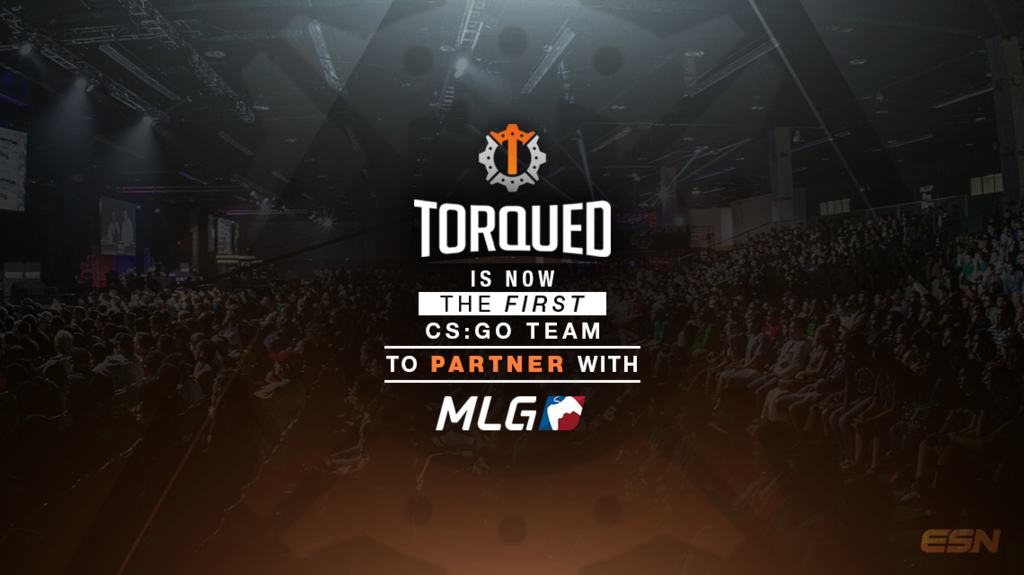 Team Torqued is now the first professional CS:GO team to partner with Major League Gaming and exclusively stream on MLG.tv.

“I am very excited to announce MLG as our first sponsor for Torqued,” said Joshua “Steel” Nissan, the Captain and Manager of Team Torqued. “With the reach & success of MLG in other game titles, we are looking forward to our future and seeing how we can grow together with MLG.”

MLG has done an exceptional job at expanding their streaming platform to include other genres and different games. Last year, they partnered with YouTube superstars Pewdiepie and  KSI to provide a more comical aspect to streaming. With the MLG X Games CS:GO Invitational as a huge success, Team Torqued will be the first to get their foot in the door of a rapidly growing industry.

“As MLG’s first sponsored CS:GO team, it will be our chance to pioneer something great,” said Steel. “This also means that I, and the rest of my team, will be streaming exclusively to the MLG.tv platform.”

Moe Assad, a player for Torqued, has already got his MLG.tv channel up and running. He’s acquired a nice following on Twitch and will be bringing his fans over with him.

“Partnering up with MLG was a tough decision for us to make, the main reason was because our players have established themselves in a unique way on the Twitch.tv Platform,” said Ahmed “Irie” Elgumati, Manager of Torqued. “We had discussed it a lot and came to the decision that by being the first Counter Strike team to partner up with MLG after the X Games, we could also pave the road and prove to MLG that Counter Strike is a unique investment and what the community could offer as a whole.”

2015 looks to be a big year for Torqued and CS:GO in North America. The MLG X Games Invitational was a great step in diversifying eSports in the region. Torqued will be at Clutch Con in Denver this weekend to compete in another exciting CS:GO LAN.

Be sure to follow TorquedGG on Twitter as they try to expand the CS:GO scene on MLG.tv.

Follow @ESNCS for extensive coverage of CS:GO events and breaking news in the scene.