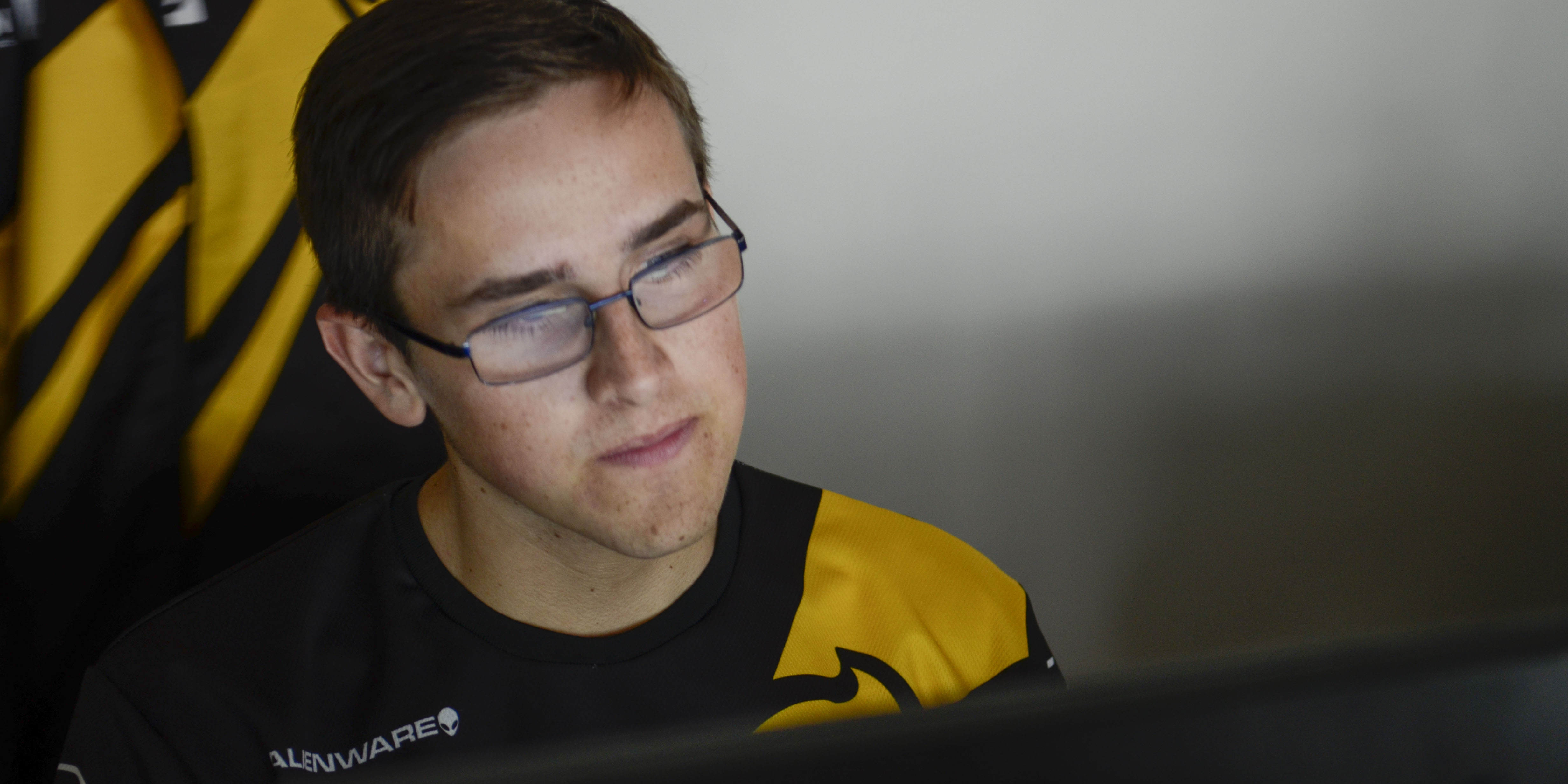 A thousand words on a chosen esports topic.

There is a vital factor in any competition which cannot be directly quantified. Ignoring it, battles appear to defy logic, as the skilled can lose out to the less talented and even he who makes the wrong decisions can sometimes win the day. It is a secret story-line running through all wars, on all scales. Efforts to define this catalyst of success are often poorly articulated into concepts such as “wanting it more” and “refusing to lose”. These capture some whiff of its essence, yet fail to really deliver a meaningful taste.

In the NBA, this trait can be expressed as “hustle”, best shown when less physically gifted players, less able to rely on talent and technique, are able to have a tangible effect on the game, by virtue of out-working the opponent, exerting more effort to capitalise upon even small opportunities, such as diving face first to attempt to retrieve a ball headed out of bounds. This is, of course, only a single refraction of the phenomenon. I’m drawn to the terminology, admittedly initially vague, of “heart”. A player with heart may not always win, but can never truly lose.

The Danish CS:GO scene is filled with players possessed of talent. Powerful aiming skill, impressive reflexes and explosive aggressive play-making. The Danish scene has all of these qualities scattered throughout its top tier. Dignitas’ Jacob “Pimp” Winneche does not have the best aim in Denmark, nor the most talent. He is no device or dupreeh. The former Western Wolves secondary star is not an explosive beast, of the ilk of cajunb and Aizy. He has never been considered the best player, unlike team-mate Nico. What he does possess is the biggest heart in that entire red and white kingdom.

Pimp’s skillset was above average but of no significant flair when he began in CS:GO, yet he successfully played the role of an anchor to the Western Wolves team which rose up to challenge NiP in the first half of 2013, when the Swedes were still at a status above mortal men. In a team famed for tactical execution and highlighted by the star AWPing of Nico, Pimp was required to both play side-kick to Nico’s primary carry, helping put enough kills on the scoreboard, yet also needed to play an all-around game, working within the tactical system of g1ave, his in-game leader.

That was the height of Pimp’s career, even to this day, and, by all rights, it probably should have been the last moment he was relevant as an individual player. The tragedy of Western Wolves was that their star could not dedicate himself appropriately and internal differences ripped the team apart. After a brief spell in Copenhagen Wolves, the squad which replaced his previous one as the premiere side from the country, Pimp was an outsider looking in on Dignitas and TSM’s top four finishes and ascent to the top of the Counter-Strike world.

His time had been and gone, no longer a consideration for the best team, packed with the best talent and lacking for no true star within the scene. A side-kick without a star to partner up with and facilitate the greatness of. It was over for Pimp. The boy was driven into the wilderness of irrelevance, but a man returned. Somewhere out there, without help and without a good reason to hope, a force was forged within him. Now he has a team filled with rejects primed to break into the top six teams in world.

This rise was not as a result of riding the coat-tails of some undiscovered prodigious talent. Not due to a level of unique tactical innovation comparable to the rise of the Western Wolves. Not because the better teams fell apart in the context of the meta-game or as a result of roster moves. Dignitas are set to become a top international Counter-Strike team because Pimp is unbeatable where it matters most.

In comparison to CS:GO’s, Pimp is not unusually talented. He is an above average player in terms of his gifts as an individual player. Through hard work and a drive to improve, he has honed what skills he does have to become precision tools. Playing within his own limits, he can still compete with almost any player in the world. Equipped with the weapons he has made his own, he finds a way to have an impact on every game. Battling sides with some of history’s most intimidating names, he is undeterred. Somehow he knows it is possible to win, even when it isn’t. It was impossible for Dignitas to beat EnVyUs, already cemented as one of the handful of truly great sides in history, in a full series, yet Pimp almost made it happen.

His team-mates are either skilled but still inexperienced or veterans without big games. There is no in between right now, it’s all on Pimp to balance both sides of the line-up. He is the primary catalyst of their wins and yet their most stable presence. Aizy’s high points are wasted if Pimp cannot join him near the top of the scoreboard. When that rising talent of 2014 has an off game, who must stand alongside Kjaerbye to keep his team in the game? When Nico struggles to impact a match with his sniping, where will Dignitas find a decisive factor for success?

Pimp has played his entire career without being the best player in the server. He’s been beaten many times on the scoreboard. He’s lost out politically and in the shuffle of names many times. Yet there’s no player you can rely on in the Danish scene like Pimp. Don’t tell him it’s impossible to win, he won’t believe you. Don’t tell him his team isn’t good enough to make it, he won’t stop. Don’t tell him the opponent is better, he knows it doesn’t matter. His heart cannot be defeated. In a game which can be as much about as will as skill, he has never been more relevant.