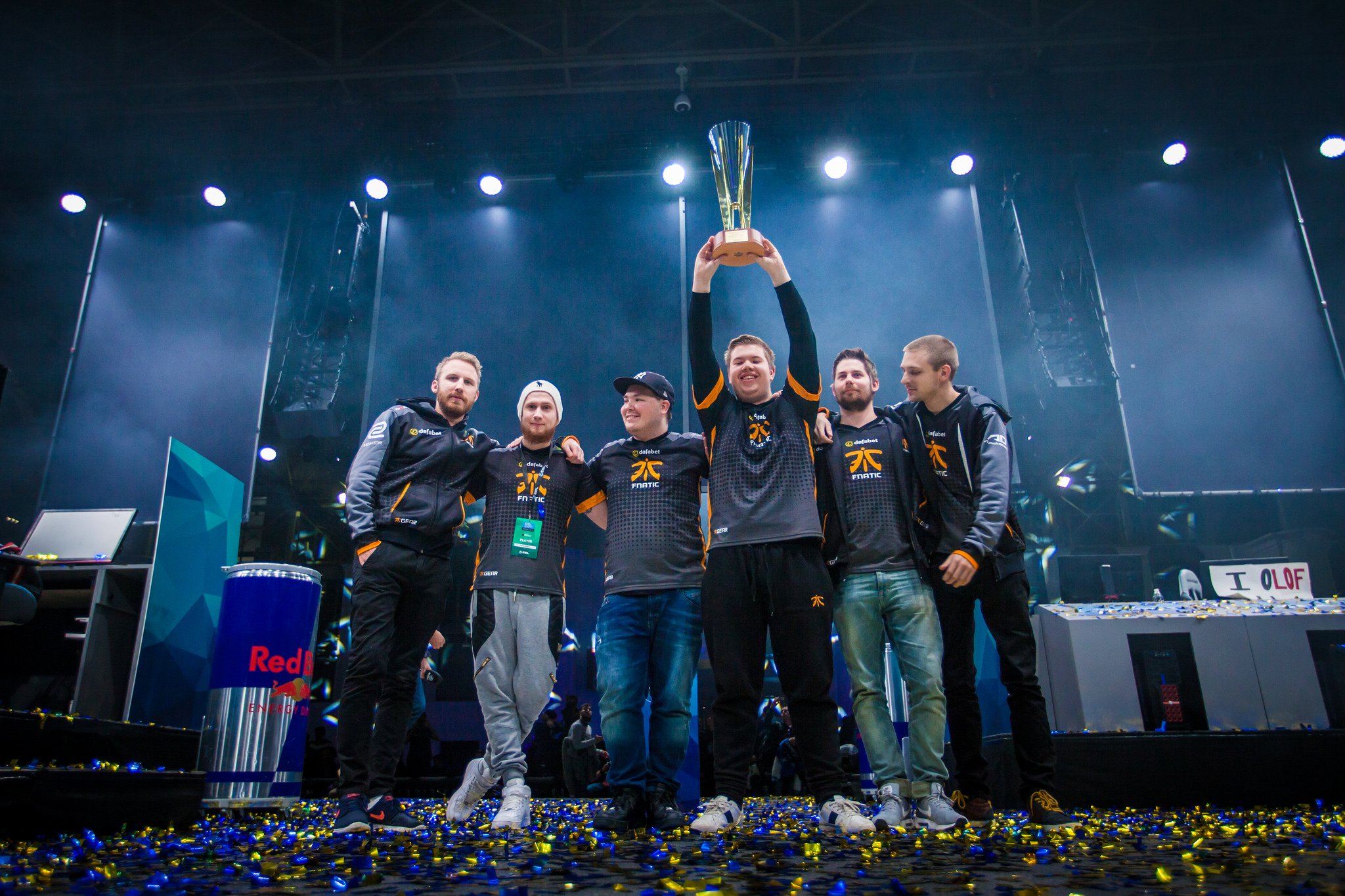 FNATIC remain the world’s best team and the gap is widening. They’ve lost two of their event victories, but added two more to replace them. ESL Barcelona was of less significance to the rankings, being a Bo1 exhibition tournament with a unique format, but they still won it nonetheless and scored numerous map wins over top teams, taking down nV and Astralis. For all the criticism of how competitive the top tier of CS:GO is right now, FNATIC are dominant.

They’ve lost three Bo3 series over six tournaments and the team who delivered two of those losses (EnVyUs) can’t even get to finals to potentially deny them a title. Outside of nV, it’s a sorry story, as FNATIC have beaten Astralis in three Bo3 over the last three months and Na`Vi and Luminosity have each fallen in both a Bo3 and a Bo5 to the Swedish overlords.

This is a new FNATIC era and nobody can point to where and when it should end. All hail the kings of Counter-Strike.

Na`Vi have looked like the true contender who could finally toppled FNATIC from their throne, but it has not come to pass. Still an elite level team, they were only able to win the event FNATIC did not attend. Four straight top fours, two finals and a title are all impressive enough feats to keep Na`Vi firmly locked into the second spot, but FNATIC are too far out ahead for the CIS team to challenge them for the top spot right now.

The climb continues for Luminosity, who have both continued their excellent run of consistently deep finishes and thus moved past the erratic and underwhelming EnVyUs. FalleN’s men still yearn for that first international title, but they are right there every event, knocking on the door and waiting for an answer. In terms of placings, it close between the Brazilians and the French side, but Luminosity’s good results are all recent, so I edged it to them.

One area in which people should take note, when it comes to Luminosity, though, is that their only Bo3 series wins over teams ranked top 10 at the time over the last three months have been two against Na`Vi, two against FaZe and a series over Astralis. Na`Vi are a phenomenal team, so to say “just” when discussing a win over them may seem silly, but my point is that Luminosity have typically lost in the big games, albeit in close and impressive fashion.

nV may look as if they are in free-fall, finishing in last place in Katowice despite having a much easier group than the likes of FNATIC and Na`Vi, but the French side still hold on to the accomplishments of a few months back. As bad as their recent form has at times been, they have beaten FNATIC in two Bo3 series and taken down the Danes of Astralis an equal amount of times.

Global eSports Cup lacked legitimate contenders to be considered a big title, so the distance nV seem from winning competitions remains disappointingly large, but they still show flashes of the incredibly dangerous team their roster always promises to be.

Astralis are the most frustrating team in the world, which is no small feat when you consider that world contains nV too. The Danish side has the roster, style and map strengths to be a champion, yet can never put all those pieces together deep in tournaments to close them out. Consider that it was back in December when Astralis last won a Bo3 series over an elite team, with their defeat of Na`Vi in the group stage of the ESL ESEA ProLeague Season 2 Finals.

Astralis are not bad enough to simply blow up their team and start over, thus we see them making it out of groups again and again to lose that inevitable semi-final. Too good to die, too bad to win titles. Astralis are in a special purgatory of their own making right now, with no obvious answers out there.

dignitas showed some potential with their run in Leipzig, but their second place finish at Global eSports Cup S1 showed what they were truly capable of, defeating nV in a Bo3 series en route to that top two placing. dignitas did fall apart in disappointing fashion at the qualifier for MLG Columbus, but having Bo3 series wins over VP, mouz and nV, all when those teams were ranked top 10, is far above anything those below them in these rankings have accomplished.

The bottom end of the scene is in disarray, but dignitas have done enough to put them higher up than they’ve ever been with this core of players.

A North American team in these rankings and not called Cloud9 or Team Liquid? CLG looked terrible at the qualifier for MLG Columbus, but their run to fourth at the Global eSports Cup saw them winning a series off G2 and twice taking maps against EnVyUs. CLG, like all North American teams, lack for Bo3 series against top European sides, but for now they’ve done enough to put themselves as the highest ranked NA team.

The last few months has been so disappointing for Virtus.pro. Not only have they slipped into inactivity, attending only two LANs in the last three months, but they have been so terrible online, to the point of being legitimately terrible, that they are in no position to even qualify for LANs right now. Scraping through to the play-offs of the IEM World Championship was decent enough, but the blasting they took from FNATIC there suggests VP are not exiting their slump just yet.

FaZe carry none of the sexy hope that G2 did, but they did reach the play-offs of a couple of tournaments this year and win a map against Luminosity. A team this skilled should be threatening for a higher ranking, but nobody knows if that will actually become the case for FaZe.

The team formerly known as Titan is stubborn enough that they somehow keep hanging in there in the rankings, much like in many of their now long-in-the-tooth careers. The last few tournaments have seen some improvement, expanding their map pool and starting to threaten top teams with a little upset factor again. They have single map wins against FNATIC and Astralis in 2016, so the story may not be entirely over for the second best French side just yet.

It’s worth taking time to note that NiP are not ranked in the top 10 for the first time since these rankings began back in November of 2014.  All NiP have managed offline in the last three months is to win a map off Luminosity and fail to get out of the group stage of the IEM X World Championship.  Tempo Storm came close to earning a ranking here, but they’ve yet to win a Bo3 series over a top 10 ranked team and currently have only one offline placing worth mentioning.