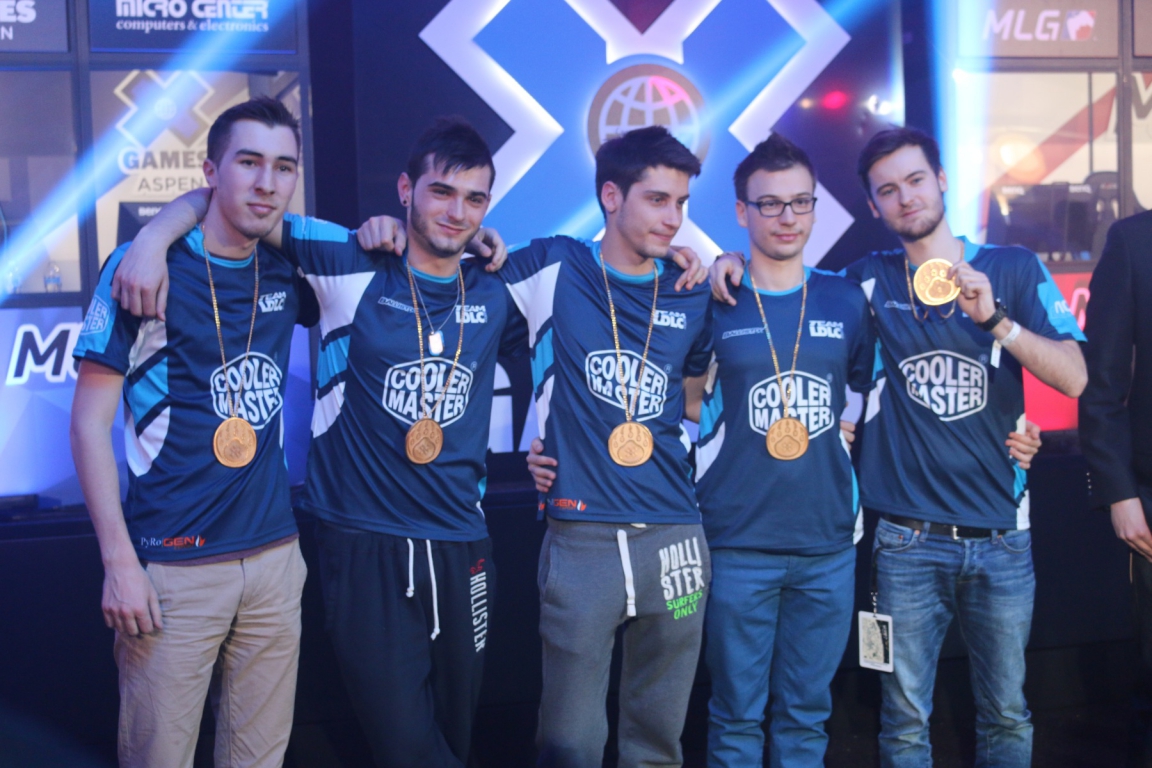 CS:GO has always struggled for a consistently updated and coherent set of World Rankings, with so many teams attending different events and the difficulty of judging the context of which event’s results should count for more than another. Rather than construct some kind of elaborate point system and place my expertise into the task of allocating which would receive how many points, I’ve instead looked back over the recent form of each of the teams out there and determined, according to my own analysis and intuition, which team ranks where in my global top 10. Offline results are the only ones I take into consideration.

The former LDLC line-up won the last major and the first significant international tournament of this year, both with fields featuring elite competition. Their MLG win boosts them over FNATIC for the top spot, as EnVyUs have won less events, but made the final of their last four. That kind of consistency, added to a major title and a top notch tier two tournament win is enough to make EnVyUs the world’s best CS:GO team.

LDLC’s Dreamhack Winter win alone was never going to be enough to topple FNATIC’s reign at the top, so their win in Dallas at ESEA S17 LAN had cemented their spot. Had the Swedish side made the final of MLG then they’d still be ranked first in these standings, but their fall to fourth place allows ex-LDLC’s consistency to become a deciding factor. Winning ClutchCon means little, as there were no elite sides in attendance, so FNATIC will need to defend their new ranking at the upcoming events, as their November event victories will quickly lose weight as the next month goes by.

NiP’s Dreamhack Winter run had been magical, but one runner-up finish is very rarely going to be enough to put a team into the top three in a circuit packed with as many events as CS:GO’s. NiP magic returning to guide them past FNATIC in the best Bo3 series played in CS:GO history is another matter, though, as NiP’s second consecutive runner-up finish provided some consistency and began to build their new form with their new player. Winning ASUS ROG was not a huge win, comparable to a Starladder or an ESEA, but it did see them outplacing Virtus.pro, who were ranked third prior to the event.

With FNATIC set to lose some of their event wins in the next month, NiP have a chance to move into the top two with some big runs in the next events.

Virtus.pro may have only won two events in 2014, but their hallmark had been seemingly never falling below a top four finish. In fact, they had only placed outside of the top four twice in the entire year, racking up the most international top fours of any team that year. After a very solid top two finish at ESEA in December, even besting world number ones FNATIC in a Bo3 in the upper bracket, VP might have been able to hold their third place ranking on the basis of their consistency, but the results of ASUS ROG Winter saw that chance dashed. Placing outside of top four at a tier three event is bad enough, but losing out to PENTA and placing below them made the event entirely wasted for the Poles.

They still have a solid run of top four finishes, so barring any big run froms Dignitas, they should be able to stablise around fourth, but a run back into the top three will require significantly better form in the next month than NEO and company showed in Finland.

Some things looked the same in Aspen and some looked a little different, as Dignitas fell once more at the semi-final stage, but were able to finally start winning a respectable amount of terrorist rounds in the play-offs. Third place games don’t carry a massive amount of significance, but the Danes were able to win a Bo3 over FNATIC, a feat which had proven highly difficult for teams over the last 4-5 months and which required some magical CS:GO from NiP to accomplish, in the same tournament.

Na`Vi have been entirely inactive, but they can survive on the basis of their two big results. Climbs from NiP and TSM have dropped them two spots and they are set to lose their ESWC result soon enough, so activity and attendance will become an issue soon.

The return of Titan once more saw some phenomenal individual play from Titan. RpK is still not a solid enough third option to carry them over the elite teams, but Titan were able to secure a decent second place, at a tournament boasting both NiP and Virtus.pro. None of the teams below them have any compelling reasons or results to overtake them right now, so they hold at 7th.

The new HellRaisers side were able to finish third in Finland, adding another result, albeit it a minor one, to their resume. With iBUYPOWER disappearing into Valve prison, the Eastern European side moves up a ranking place.

A single map win over NiP is not going to shift the rankings, nor is a runner-up finish behind FNATIC but ahead of only North American teams. Had iBP not been removed, Cloud9 would merely have retained their 10th place ranking.

With the removal of iBP, a 10th team were needed for the ranking. PENTA returns thanks to their play-off placing at the last major, an okay finish in Krefeld at the Acer tournament and a fourth place finish at ASUS ROG, which saw them beating VP in a game. Staying in the top 10 is going to be difficult for the German side, who made a two man roster move not so long ago, but they have once more claimed a spot in the global top 10.