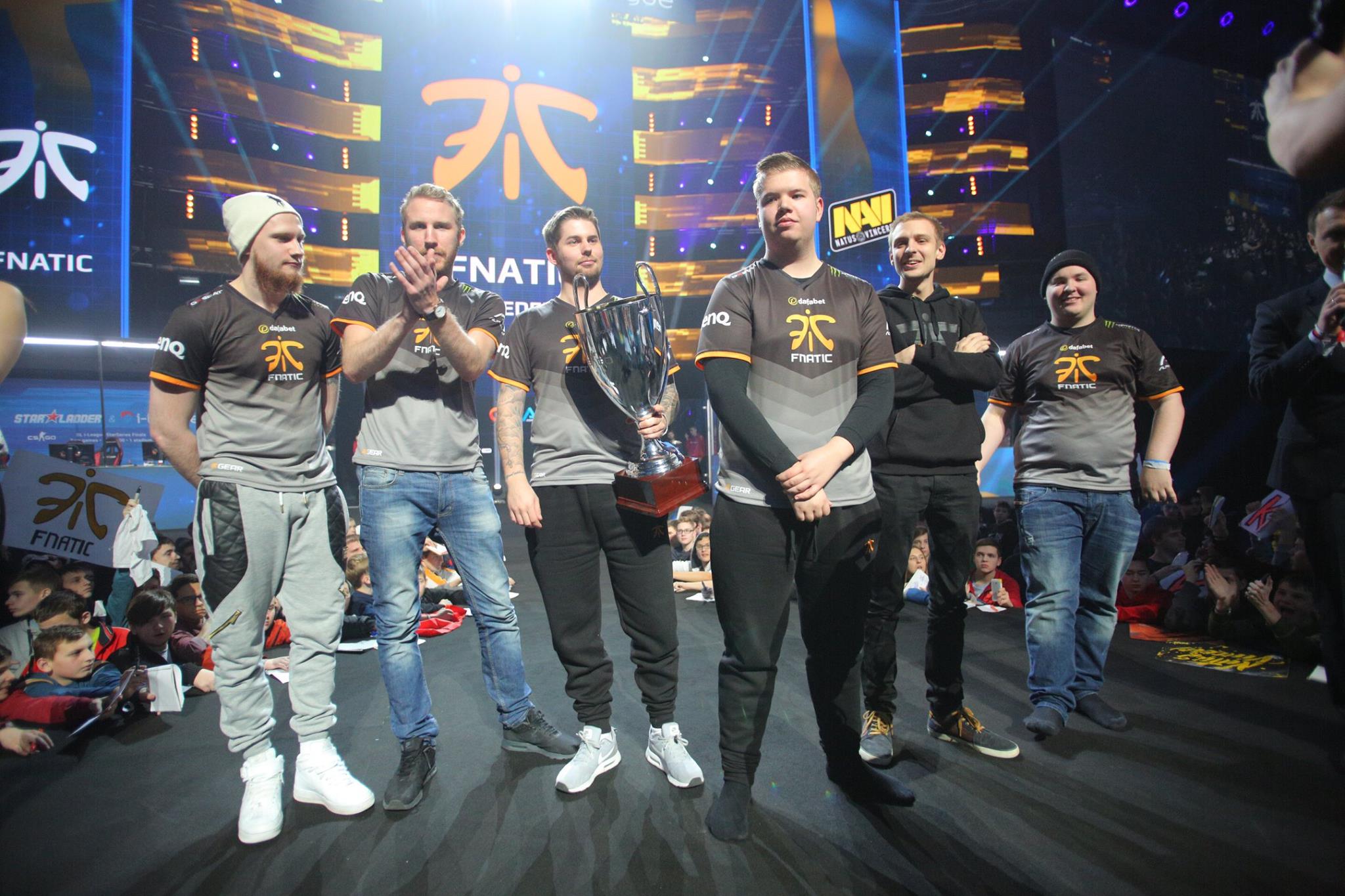 Since the last edition of the rankings we’ve had MAX5 Invitational, StarSeries XIV Finals and Dreamhack Leipzig.

It should hardly be a surprise that FNATIC have returned to the top spot in the rankings, as EnVyUs were holding on by a thread in the last edition and have since lost a title. FNATIC, on the other hand, added another championship and continued to rack up series wins. This new FNATIC line-up has seven Bo3 series wins over top 10 ranked opponents, three of them coming against the Astralis line-up, and a Bo5 win over Na`Vi.

For all the talk about Na`Vi and Luminosity’s rise, nobody is close to FNATIC right now. In the server they are, and the games are close as a result, but winning four titles in a row is a monster accomplishment which far out-strips anyone else in the game.

Na`Vi’s form over the last few months has been incredible, with CEVO as the only real outlier to that pattern. Reaching the final of five tournaments, with three of them being among the most competitive in the circuit and one being the major, shows the power of this new Na`Vi. Not only are they explosive, their old calling card, but now they are consistent.

Winning in Leipzig showed the CIS side is better than the rest, but FNATIC remain as a Kryptonite for them. As long as FNATIC is reaching finals, it will be tough for Na`Vi to climb. Then again, EnVyUs can beat FNATIC and Na`Vi can beat EnVyUs, so there is another way.

Say what you will about their play-off performances, which have been underwhelming and at times a complete mess, but nV are still an extremely dangerous team. With arguably the highest ceiling in the game, they’ve shown FNATIC what’s up on a couple of occasions now. Winning the group stage means little when you’re competing to be an all-time great team, though. That’s where only trophies and top finishes matters. nV need more finals and more silverware if they want to return to the top end of this list.

Luminosity’s rise has in many ways been the story of the last few months, outside of FNATIC’s new reign. The Brazilian side has now beaten EnVyUs, NiP, Astralis, Na`Vi and FaZe in Bo3 series. Quite the contrast to the old team which used to struggle to take Bo3 series. A top four finish at StarSeries and finishing close runners-up at Dreamhack has Luminosity in the top four and perhaps poised to one day go further.

Astralis has not won many Bo3 series over top teams in the last three months, though they did beat Na`Vi back at ESL ESEA ProLeague Season 2 Finals, but they still rack up solid finishes. Five top four finishes is certainly good enough for a top five position in the rankings, even if they’ve shown a bizarre reversion to being incapable of closing out tournaments and reaching finals.

The new NiP line-up, with pyth, has never played an offline match, so they will be ranked after they do. For now, the old line-up stays at number six, with a solid set of finishes and VP losing a title win. NiP did beat TSM and FNATIC in Bo3 series, which is a much better run against top tier competition than VP has managed recently.

VP seemed like a side destined to always retain a top five ranking, but they find themselves as low as seventh. It certainly hasn’t helped that they’ve barely played in the last few months, considering they were one of the teams that travelled the most, and bombing out of Leipzig in last place prevented them catching up with their peers near the top.

VP are still expected to rise up to elite level form again, but they only have wons over dignitas and Titan in terms of top 10 ranked teams in the last three months.

The former G2 line-up has seen the hype surrounding them after the major die out, not least since they changed a player from then to now, taking in aizy after dennis’s departure. FaZe failed to finish top four at the last two tournaments they attended, so their accomplishments are dwindling and they find themselves in danger of exiting the rankings soon. Their only series win of note is the old line-up’s over VP at the major.

Titan managed to gain a spot in the rankings, as the removal of finishes from others, as the three month window moves on, put them in a slightly better position, not least since they have not changed any players. Titan is living entirely off their Bo3 win over Na`Vi and their top four at CEVO right now. That can only help them for so long and the French-Belgian line-up desperately needs a big finish soon.

The bottom of the rankings is often a wild place, as teams struggle to string together good tournaments placings and thus the spots can shift around with more frequency. dignitas’ run at Dreamhack Leipzig, with their new line-up, was a pretty solid performance in the context of the rankings. Not only did they finish top four, but they managed to defeat VP and mouz both in Bo3 series, both top 10 ranked teams at the time. For now, that’s enough to see dignitas on the list.