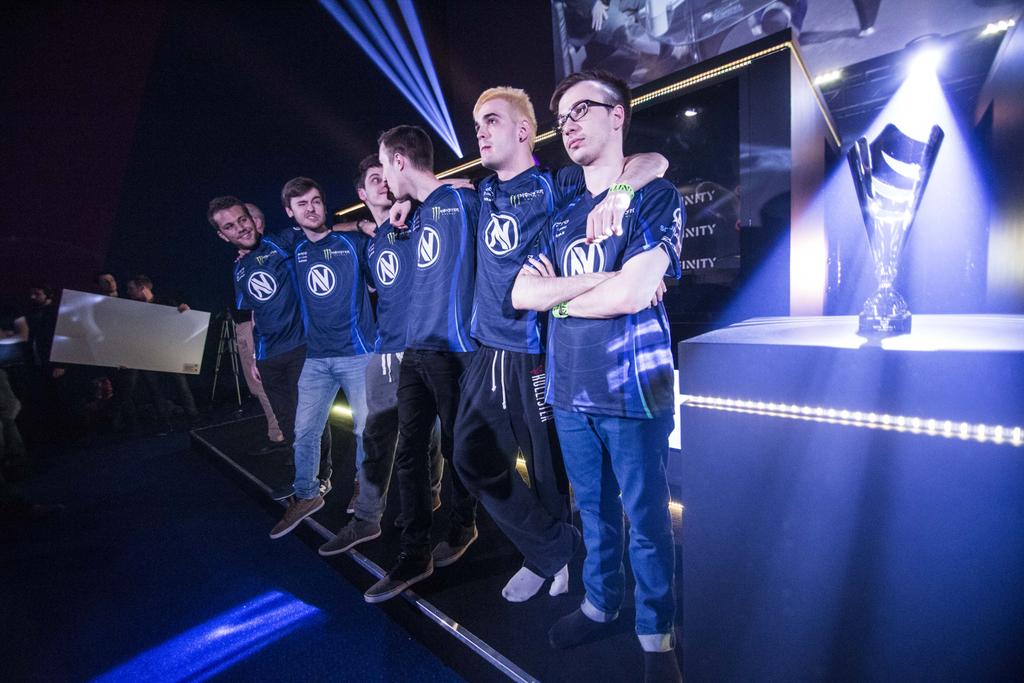 Gfinity Spring Masters 1, StarSeries XII, Copenhagen Games, EPL Winter and ESEA S18 LAN Finals have all taken place since the last edition of the rankings, so it’s time to see where the teams all place.

After their second consecutive offline victory, taking the StarSeries XII title, I had decided to return EnVyUs to the top spot they had finally secured earlier in the year with their impressive MLG run. The French side’s two recent titles have come at events attended by the third best team in the world (NiP), with EnVyUs beating the Swedish side soundly in those encounters.

The unique formats of those two tournaments, featuring a lot more Bo3 play and Bo5 finals, mean nV have been able to rack up two Bo3 series wins and two Bo5 series wins over NiP in that two tournament time-span, which counts for a lot in terms of these rankings. The competitiveness of a tournament one wins is a crucial factor, but the teams one beats and in which format is also weighted.

EnVyUs are not to be punished for being unable to beat FNATIC during the post-Katowice period, as the Swedish side have been inactive, with the exception of ESEA, which EnVyUs was not qualified for. I rightfully grant EnVyUs the titles they have won and the significance that goes along with them. StarSeries was the most stacked tournament since Katowice and Happy’s men were dominant in their victory there.

With FNATIC and EnVyUs both attending this weekend’s CCS tournament in Romania, an ideal opportunity is provided for EnVyUs to show they deserve to retain their newly returned title of ‘Best CS:GO team in the world’, ideally by defeating their Swedish rivals in FNATIC.

FNATIC have won the better tournaments, having taken their recent titles at tournaments which featured both the second, third and fourth best teams in the world in attendance, amongst others, but inactivity has cost FNATIC their crown. Failing to attend tournaments, while the rest of the top six were active and, more importantly, rivals EnVyUs were crushing LANs in dominant fashion, saw FNATIC slide from the top spot. Had they won at ESEA, admittedly a tournament missing some of the elite teams, it would have been enough to boost the Swedes back up, but they fell to the power of Virtus.pro there, who got a little help from Titan.

Having won the last major and the last Bo3 series played against EnVyUs, it may be that FNATIC are in play the best CS:GO team, but they need to boost their resume of recent accomplishments if they wish to show that to be the case.

NiP hold strong at third thanks to their tenacious runs to second place finishes post-Katowice. They have been destroyed by EnVyUs, but found a way to get through all other opponents. The Ninjas still lack for a title from a LAN with a number of elite teams in attendance, but one cannot question their consistency. It has also helped their cause that Virtus.pro, who has recently acquired some titles, has not been able to deliver the same kind of consistency, so NiP holds the third spot on average performance.

Attending CSS provides NiP with a crucial opportunity to gain some ground on the two teams who are ahead of them and taking down the big titles. NiP’s struggles against nV are obvious, but they have previously been able to match-up well against FNATIC, so the double elimination format of the tournament could mean that, with a little help in terms of others’ results, NiP can take their first big title of 2015. If they cannot, then the year seems destined to continue on as a two horse race.

Finishing third at Gfinity Spring Masters 1, with a stand-in at that, was hardly a huge result for Virtus.pro, as close as they were to making the final, due to the talent of the field thinning out considerably after the top three. Being smashed by NiP en route to a last place finish at StarSeries made it look as if the Poles had reverted to their pre-Katowice form, looking far from an elite level team and no longer the consistent top four performers of 2014.

A win at Copenhagen Games, getting revenge on TSM, the team who had eliminated them in Kiev, twice, was a nice touch, but then came the disasterous group stage elimination at EPL Winter, a tournament with a field which would have meant the VP of last year would have been a lock for at least the semi-final. Had I put out an edition of the rankings following that tournament, as I probably should have, then I would dropped VP down and boosted TSM and Titan up, with both racking up top fours and better. Instead, TaZ’s boys had time to put out the fire, for now, by taking down FNATIC in a Bo3 and winning ESEA S18, gaining revenge for the way the previous ESEA had finished in late 2014.

Despite their problems this year, VP can boast two Bo3 series wins over TSM, one over FNATIC and one over Titan in the last three events. Those quality wins mean VP are still a top four team, even if their consistency and general form suggest that TSM, Titan and Na`Vi are all close behind.

TSM have once again become one of the world’s most consistent teams and seemingly capable of beating anyone outside of the elite teams. Their Bo3 win over Virtus.pro at StarSeries was a breakthrough moment for them, even if they did lose two back to the Poles a week later. A solid top four at EPL, minus their best player (device), means that TSM’s consistency keeps them primed behind VP, lacking only a tournament win or some more big Bo3 series wins before they can challenge for a top four spot.

Titan have kept themselves in the top six as a result of the same formula that has boosted their countrymen to the top spot: sheer consistent activity. The French side still lack that tournament title, but they have managed three straight top four finishes and looked close to getting the LAN victory at EPL. Beating Na`Vi at StarSeries and FNATIC at ESEA S18 ensures Titan have quality wins, even if their current pattern seems to be playing higher ranked teams closely over at least two maps but then failing to close out the series. Their loss to Na`Vi could have cost them a top six spot, but the French side has been significantly more active and acquired many more top four finishes than their Ukrainian counter-parts.

Much like Virtus.pro, Na`Vi were in position to potentially drop spots in these rankings after StarSeries, sharing last place with the men from Poland. Instead, they followed the same pattern and won an event title to hold place. Beating EnVyUs and Titan in Bo3 series is impressive, particularly the former. Na`Vi’s problem is the same as ever: they remain too inactive. In a world in which there is an offline tournament every two weeks at least, the Ukrainian side has only managed to attend three in all of 2015. With only one of those events yielding a top four finish, a win in this case, it’s hard to argue for Na`Vi as a top six team, when the teams above them have either more big wins or more top four finishes.

PENTA’s inactivity not only has prevented them from advancing in the rankings, but it will soon cause their fall, as their only results are set to become less important. In reality, all they have accomplished is secure some big Bo1 wins, but the fact they made the quarter-final of the last major is still just enough to justify them not falling down the list.

Denmark has always had the talent to support a second top 10 team and this Dignitas line-up looked as if it had the right names to be the second representative for their country, but their early results in the year were disappointing, failing to qualify for the major. At Copenhagen Games, they were able to secure Bo3 series wins over Flipsid3 and some teams outside of the top 10. With many of the teams at the bottom of the top 10 being able to boast only Bo1 wins or placings, Dignitas break into the pack, even if their EPL finish means their resume does not rest upon much and can be easily overcome by the teams around them.

Finishing top four at Copenhagen Games looks better on paper than it is in reality, as it did not come as a result of any significant Bo3 wins, with that tournament field much depleted of top teams, in contrast to previous years. A win at home, in the CIS Championship, was of note, though, as it came over former 10th ranked team HellRaisers, seeing a changing of the guard, as F3 now take up HR’s spot as the second best team in the CIS region. Should they attend more LANs, this exciting line-up looks capable of climbing at least a couple of spots.

I will update these rankings following the new offline tournament, which will be CSS this weekend (April 24th-26th). On reflection, after reasoning through some of these placings, I should have updated the rankings in between some of the events mentioned, as more of the places would have changed. It seems a little unfair to deny teams a better spot, even if they will lose it at the next tournament, by virtue of not having updated the rankings.