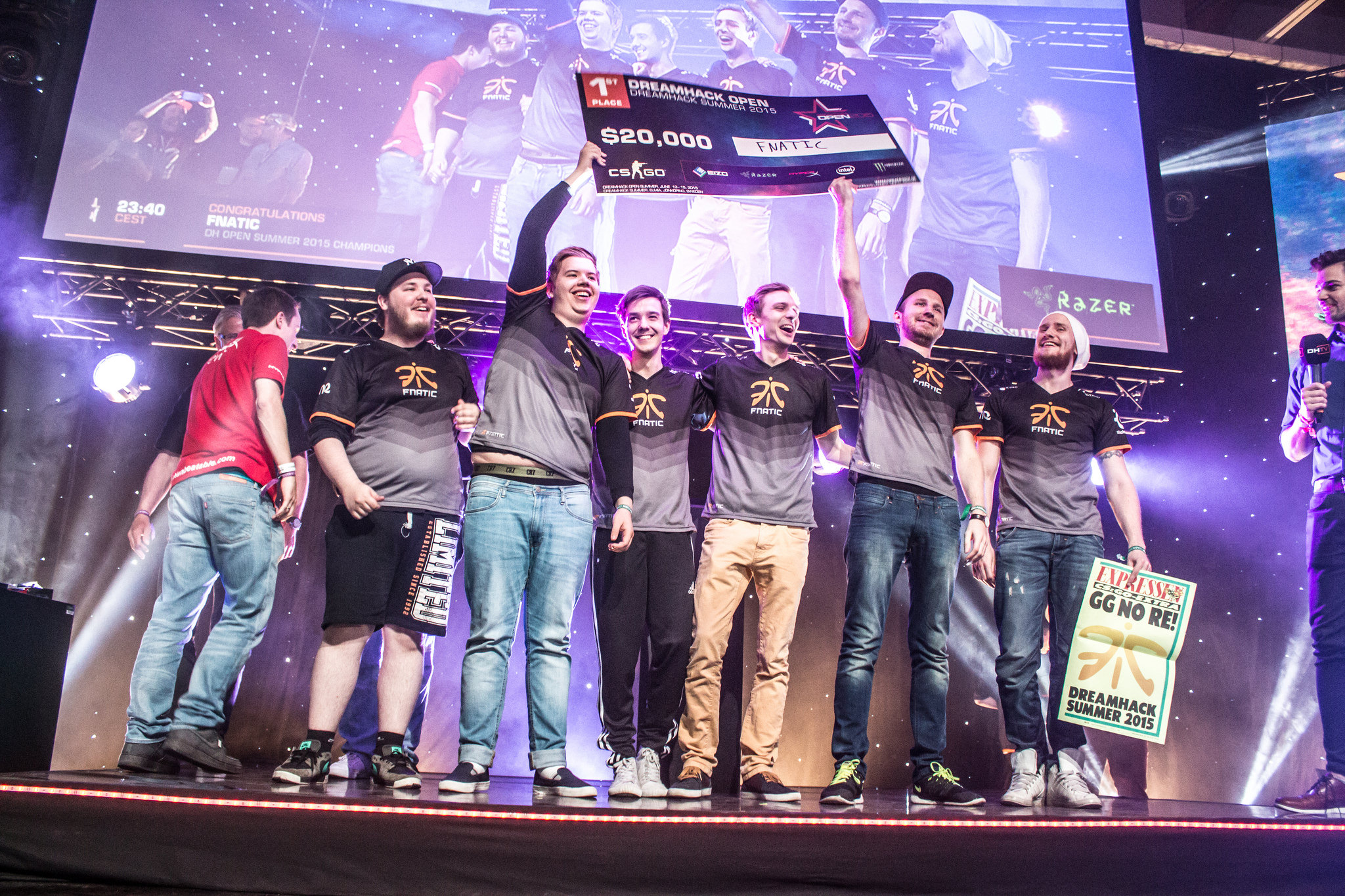 Since the last edition of the rankings, Dreamhack Summer and StarSeries XIII were played, with all but two of the top 10 (TSM and Virtus.pro) competing in at least one of those tournaments.

Winning yet another event which TSM did not attend allowed FNATIC to continue to hold strong at the top of the rankings. They’ve won three of their last four offline tournamenets and made the final of six of their last eight. With the way rankings work, FNATIC gain points on the basis of attending LANs and winning them, while TSM can’t earn any while sat at home.

A win at Dreamhack Summer saw FNATIC going undefeated in the tournament (6:0) and beating NiP and Na`Vi in Bo3 series. The world still awaits their next face-off with TSM, but FNATIC continue to make the Danes’ challenge of becoming world number ones as hard as possibe.

TSM did not play since the last edition of the rankings.

EnVyUs had been the missing team for a while, not qualifying for the fragbite Masters S4 offline finals and not attending Dreamhack Summer. When they finally did come out to play again, at last weekend’s StarSeries XIII LAN finals, they were upset early but came back to finish second. Another top four on the resume and another final reached is all well and good, but this was an event lacking all of the then top five ranked teams, except nV themselves. This should have been an “easy” win, but instead they found themselves bested in a Bo5 final by a rising Na`Vi.

Clearly, EnVyUs have fallen from their peak of three months ago, but they still remain one of the top teams, albeit it lacking an offline title for five events now.

NiP’s upset loss to Na`Vi in the group stage of Dreamhack Summer ensured they had to face FNATIC in the semi-final. That turned out to be a clean loss for the Ninjas, despite making the second map close. In the past, at least they seemed to make the finals of tournaments with regularity, but now they are on a streak of two straight LANs without reaching one and having only made one in their last four offline tournaments attended. They’re still ranked fourth best team in the world, but the gap between them at the top has never seemed larger, at least in the post-fifflaren era.

In the last edition, Na`Vi managed to edge past Titan into sixth and now they sneak past Virtus.pro into fifth. That was made possible by virtue of reaching the final of Dreamhack Summer and winning StarSeries XIII. The former saw them beating NiP in the group stage and then Titan in the semi-final, losing to FNATIC in the final. The latter, had the CIS team making thrashing FlipSid3 in the semi-final and then 3:1ing EnVyUs in the final. Considering the heights at which nV had stood a few months ago, clearly the second best team in the world, it’s highly impressive to have won a Bo5 over them, even in their deteriorated state.

Na`Vi’s rise has taken them from a team who had repeated played opponents close but won a title only once, to a team who are now placing top four at every event, with a streak of four events straight right now and five of their last six, as well as becoming a legitimate threat to rack up more titles. Their performances at some of the recent LANs have seen them showing a tendency to lose close games to the better teams, but their win over EnVyUs was a big statement, albeit at one of the less stacked LANs.

With NiP looking dazed, perhaps Na`Vi’s hot streak can continue and the can make a push for the fourth spot.

Virtus.pro did not play since the last edition of the rankings. For the first time in the history of these rankings, VP are not located in the top five. A mixture of recent inactivity and the rises of TSM and Na`Vi have seemed them pushed down. It also doesn’t help that their two event wins each come with asterisks next to them, with Copenhagen Games a pretty watered down event and ESEA seeing them only need to beat FNATIC in one Bo3 and with a game played on Season.  Na`Vi’s event wins were more significant, in terms of the overall level of competition beaten.

VP are still one of the most scary teams in the world and on their day can seemingly beat anyone in a Bo3, particularly matching up well with current hot number TSM, but they have to get back on their grind to climb the rankings again.

Another top four finish, this time at Dreamhack Summer, ended once more with disappointment for Titan, who were able to take a map and yet end up faltering on the decider, this time against Na`Vi. Their overall consistency is admirable, but they are one of the only top teams who are seemingly a lock not to win an event, regardless of how well they play up until the semi-final. kennyS was looking on better form, but the names ahead of Titan mean they will have to improve a fair amount to gain in placings. A few months ago, getting to face Na`Vi in the semi-final should have meant a finals slot for Titan, but that is no longer the case.

They were unable to progress from the group stage at Dreamhack Summer, but we’ve since seen that Na`Vi have improved as team and that CIS team did stand as one of the teams in their way, along with NiP. Dignitas look solid enough, but it’s still unknown if they have the ability to make a run higher up in the rankings, in light of the level of talent and class packing the top 5-6.

FlipSid3 return to the rankings on the back of a semi-final finish at StarSeries XIII, including an upset win over EnVyUs on inferno. Down here at the bottom, not much separates the teams, so that finish was enough to edge them in over VOX and jump them over HellRaisers, who they share a similar resume with, but have a domestic win over.

HellRaisers have been added placings, but the last few have all been in last place. Yes, they did attend StarSeries with a stand-in, but they are in a position where a strong underdog performance will unseat them from the rankings again, after only getting back in recently.

Gfinity Summer Masters I will be taking place later this week, providing some of these teams a chance to improve their ranking.