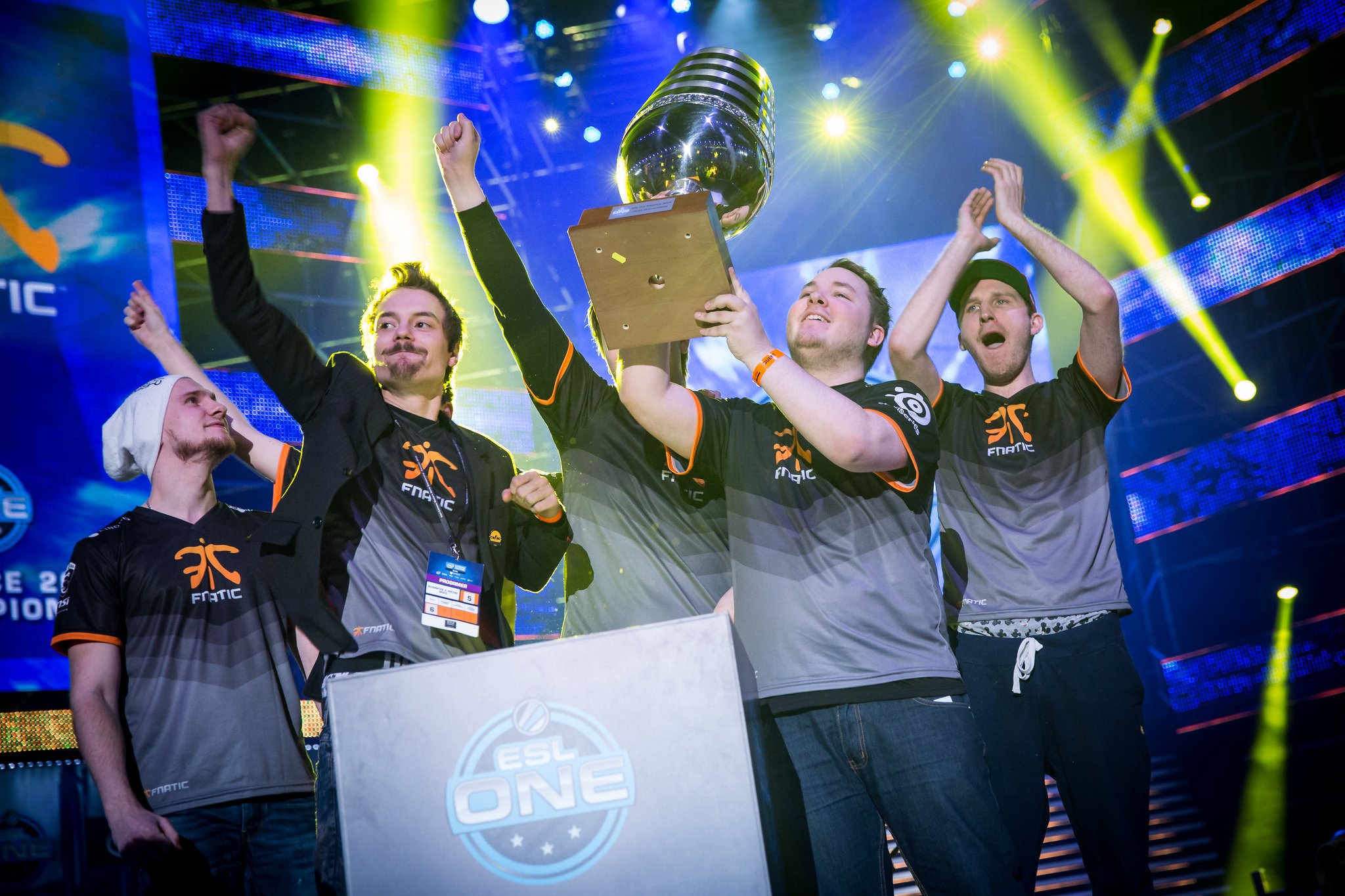 Last week’s ESL One Katowice, the fifth CS:GO major, provided an ideal point from which to update the rankings.

FNATIC climbed back to the top with their win at IOS Pantamera, so their victory in Katowice, securing their first major with this line-up, cemented their position as the best CS:GO team in the world. Riding two tournament victories in a row and a streak of significant top four finishes, it’s going to be difficult for nV to over-take them in the near future. FNATIC were already one of the all-time great CS:GO line-ups, but this major win took them over the top against the old VeryGames line-up and placed them second only to NiP in the all-time rankings. This is still the FNATIC era, ladies and gentlemen.

nV have still yet to finish below the top four in an offline tournament with this line-up, but their semi-final defeat in Poland ensured they wouldn’t be able to snatch back the number one spot from FNATIC. Failing to make the final also hurt them, as at least finishing runner-up up would have put more pressure on the top spot in the coming events. With Gfinity Masters this weekend, they have a chance to make up a little ground, especially with no FNATIC in attendance.

NiP reached yet another major final and helped make up for their failure at IOS, but even such a great run was not enough to boost them over nV. nV have won a very good tier 2 event and finished top four at three straight international tournaments. NiP, on the other hand, have yet to win a big competitive event with either their previous or new line-up, so they still trail the French side. At Gfinity this weekend, they’ll have a chance to potentially close the gap.

2014’s most consistent team, in terms of significant top four finishes, overcame the slump they had been in during 2015 to return to their usual form and finish top four at ESL One Katowice. While a solid performance, with an impressively competitive two map series against FNATIC, the Poles still lacked those “Virtus.plow” moments that they seem reliant upon to win a big international tournament. Still, their win was enough to keep them treading water, neither dropping down or falling too far from one day moving back into the top three.

This looked to be the event where TSM return to the position Dignitas were in just under a year ago: placed top four in the world rankings. They were leading on the third map of their quarter-final series against NiP and on the easiest side of one of the hardest maps, a long-time favourite of theirs. Their loss there cost the Danes a spot in the semi-final and ensured that their buoyant form from MLG could not be followed up on. Losing to Cloud9 in the group stage, on the same map, also didn’t help their overall strength in terms of assessing their tournament performance. Luckily, the failure of Titan and Na`Vi’s lack of LANs attended kept TSM in position.

Titan seemed the team with the most upset potential of all of those outside of the top four, with very competitive match-ups against teams like FNATIC, nV and NiP on those teams’ best maps, as IOS highlighted. In Poland, though, Titan were massively underwhelming. Losing out on the potential upset over nV by a couple of rounds, they were utterly dominated by PENTA and eliminated from a group stage which was their best chance to make a deep run in a major. Coming close to beating good teams is impressive, but you must actually win to get full credit for the result. Right now, the only thing keeping Titan in the top six is the fact Na`Vi have attended only one event in the last three months.

Na`Vi’s surprise top four finish at Dreamhack Winter is far enough in the past as to no longer matter, but they successfully navigated their group stage at ESL One to make the top eight. Against nV, they did pose a thread on dust2, a map Na`Vi and Guardian, whose AWP was on fire, have traditionally shown strength on, but they were not going to get past the Frenchmen and into another top four. Na`Vi have always faced the problem that they can match-up well with the elite sides on one or two maps, but they don’t have a wide enough map pool or the level required to win series over them. With this new roster move, they look to add some more firepower to their team and make a run at the top six, which looks possible with Titan vulnerable.

PENTA’s top eight at Dreamhack Winter looked to be an obvious fluke, by virtue of having a weakned group, with Titan’s disqualification, and iBUYPOWER choking in that final game. At ESL, the German side, which has since brought in new players, looked convincing in their win over Titan and progression to another top eight. They had no chance against FNATIC, so they were never going to make top four, but PENTA earn themselves a spot in the top eight for the first time in my rankings.

Making their debut in my rankings, the Brazilian team led by FalleN had only recorded lone mirage upset wins over better known teams like Cloud9 and FNATIC previously. In Katowice, they were able to progress to the quarter-finals and then shock Virtus.pro in an over-time game on overpass. Being so utterly dominated on mirage in the first map of that series, one cannot really see how Keyd would have made a top four run, against any of the elite competition, but they did help themselves move up the rankings amongst the lesser teams, with yet another big map win against a top opponent.

HellRaisers had dined out too often on their FNATIC upset and top eight finish at Dreamhack Winter, they needed to prove themselves in Poland. Failing to progress from the group stage and in terrible fashion, the Eastern European team looked weaker than their old line-up and have since seen new recruit flamie exiting their ranks to flee to Na`Vi. HR are on the brink of no longer even being ranked in the top 10, though their ROG Winter result keeps them narrowly clinging on, for now.