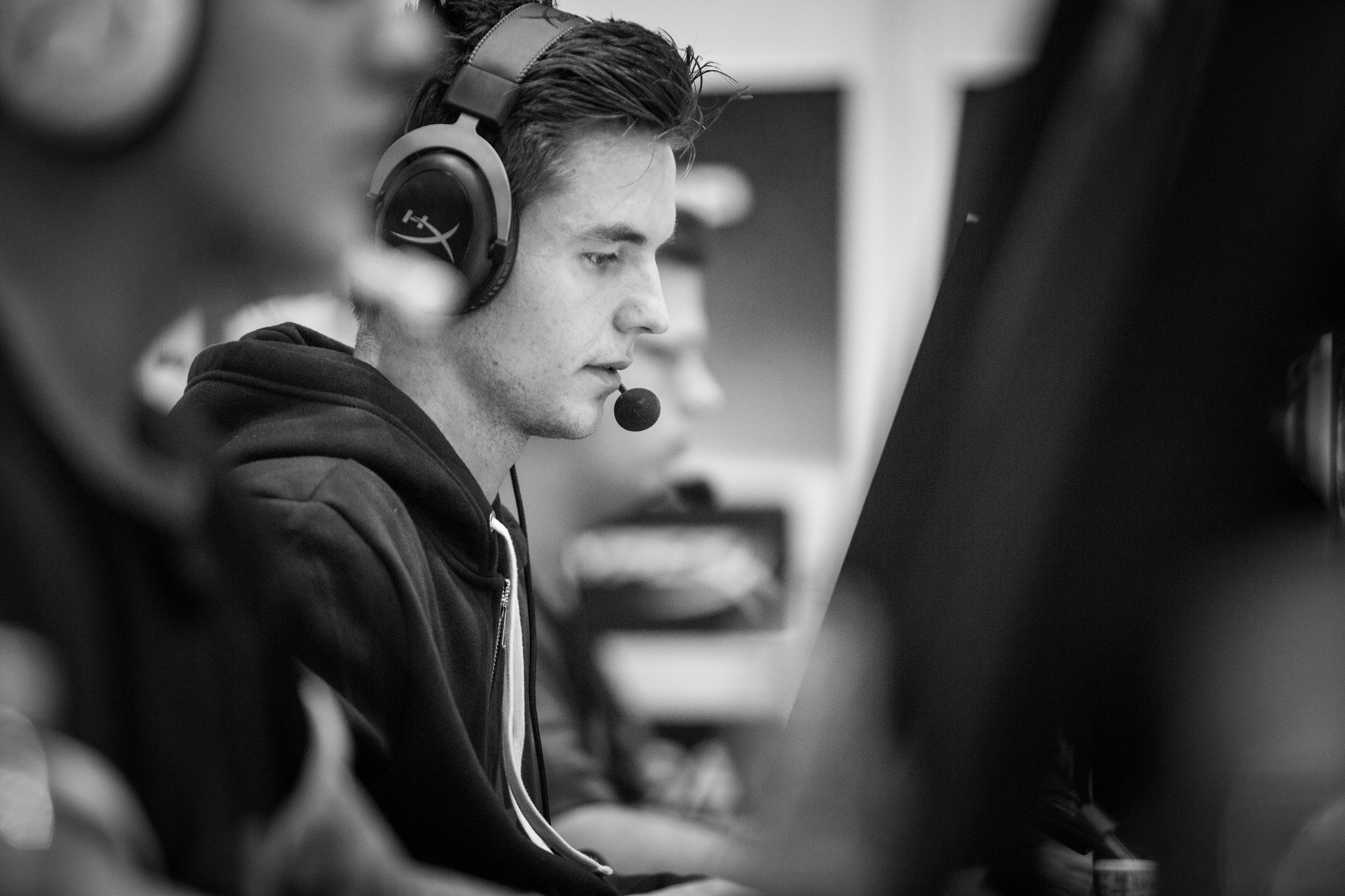 Nicolai “dev1ce” Reedtz is one of the all-time great CS:GO players and yet this year has found his chances at success largely limited by the level of form of some of his individual teammates and his team’s style collectively. While bringing in other talent to Astralis has always been a possibility for solving some of their problems, their issues clearly extend past a single player and likely are systemic at this point.

Ninjas in Pyjamas (NiP), on the other hand, have reworked their style as a unit, incorporating more tactics and coaching, to become a team so often flirting with elite level status, only to often be let down by a lack of superstar firepower. With their history of willingness to replace their fifth player but never the core four, who have been there since the beginning of the game, many options have been considered and explored already in the Ninjas’ time. It may surprise many to know that device was one of those options, though the move never came to pass.

Thorin imagines what might happen if dev1ce joined Ninjas in Pyjamas.

The perfect place for a powerful hybrid

device has been one of the best hybrid AWPers, players who can main both the AWP and the other rifles effectively, for most of his career, years at this point. At times, such as earlier in 2016, he has taken over being the primary AWPer and yet, much as with olofm, it seems as if his primary strengths lay in merely using the sniper rifle on specific maps or specific sides, as opposed to all of the time. His time as the primary AWPer of Astralis has shown the Dane’s strength as a CT side AWPer in particular, where he exhibits a strong understanding of when to play aggressively and when to hold the angle, able to find kills in both sets of circumstances.

NiP are a team famous for running a hybrid style, with five rifles a lot of the time and an AWP only when they either had a primary AWPer, as in the cases of allu and Maikelele, or when the pace of the game or opponent dictated it, as Fifflaren’s career attests to. Not only would device take the spot previously occupied by their AWPers, which is an ideal fit for both parties, but the Astralis franchise player would not be required to use the weapon as much on the T side, which would also fit both.

Having device AWPing on CT sides would also free up f0rest to AWP less himself, except when the team wishes to run a dual AWP set-up. f0rest has always been a serviceable AWPer and at times shows flashes of being a pretty good one, but never has displayed the kind of consistent dominance that the world’s best AWPers are able to and thus is better suited to rifling, where he can be the best player on NiP and still push his way into being one of the best in the world. A f0rest who can play more aggressively with a rifle will more frequently create problems and pose a larger threat to most opponents than one who is sat on an AWP. device would open up those horizons for the Swedes once more.

New order to the division

NiP have traditionally played a loose style but had a hierarchy even to that approach, which saw their players enter sites in set orders and play off each other so it was clear who the play-maker was and what action would trigger the others to attack or rotate. THREAT’s arrival brought a more rigid structure, but the middle ground between the two still sees NiP divided up by the play-making potential of their players and their levels of aggression as individuals.

The player NiP have always been looking for is one who has mid round impact. f0rest and friberg are the aggressive component of the Ninjas, although GeT_RiGhT showed an interesting twist on his lurking style on cache earlier in the year under THREAT. GeT_RiGhT is the game’s most famous lurker and passive power player and that leaves Xizt often directly in-game leading or playing a more supportive and connective style of play. With allu the team had a stable mid round player, who could take picks depending on the map and side. With Maikelele, they embrace some more of his aggression, but he still does not directly play-make as much as his strengths might suggest.

device is one CS:GO’s best mid round players. Put teammates who are performing well around him and an effective system and he brings a star power and consistency that few can match, as the Autumn of last year showed at its best. For an example of such circumstances playing out right now, look at how Dignitas have successfully built around the strengths of Magiskb0Y and thus seen him not only blossom into one of the world’s elite players, but their team become capable of winning large championships.

Passive play is often confused with a hesitance to create plays out of weakness of confidence or inability to execute. In the case of the class of player device is, others aggressively create plays, draw focus and initiate combat. device and his ilk, few of them as there are, then kill large numbers consistently, clean up against less equiped opponents to remove the threat of economic damage and close rounds for their more aggressive teammates.

In NiP, this would be a welcome strength to have for finishing games off earlier and building upon leads. It would also enhance the aggressive play of friberg and f0rest, due to allowing them more license to find openings, knowing they have another player, along with GeT_RiGhT, who can routinely overcome a numbers disadvantage. It’s not as if device would play as a pure lurker, as GeT_RiGhT stereotypically did and yet does not as much as his reputation might suggest. device would fit neatly between f0rest and GeT_RiGhT in this respect, making for an even more deadly unit.

Once upon a time, device was a player stricken with performance anxiety and a refusal to accept the responsibility of being the superstar of the team. While that is no longer the case, as his excellent performances in losing efforts have routinely shown in 2016, it is the case that device’s style is not one which is going to hard carry losing teams or teammates with a similar problem as he once had to success. NiP are a team that have the veteran core, who can be outplayed but are rarely going to choke themselves, that needs the superstar firepower and consistent presence to put them over the top against the world’s best teams.

Lacking the best firepower, when facing the likes of SK, Na`Vi and FNATIC, has been an issue for the Ninjas in the last year or two. device is famed as a CT side monster and does much of his best work on the defensive side of the game. It’s no coincidence that his dignitas, TSM and Astralis lineups were build on the basis of strong and reliable CT sides.

A lot of the circumstantial components of such a scenario also now align in a way they did not before. Back when NiP were in talk with device to join, they had never used a non-Swedish player before. Now, they have had the better part of a year playing with allu, communicating in English. device is an intelligent player who is fluent in English and thus there would be no issue for either party.

A less recognised factor which would allow device to play for NiP and not simply remain at home in Astralis is that some of his ties to his team are not as iron clad as they once were. Prior to 2016, it was inconceivable to imagine device no longer playing with dupreeh. The two had been the team’s best players, a duo and the best at their respective roles in Denmark for years. When the team had first risen up, they had looked a lock to become Denmark’s answer to GeT_RiGhT and f0rest and lead Dignitas, as they were then called, to a major at some point in the future.

Not only did that level of success never come to fruition, but dupreeh has struggled mightily at times over 2016. The monster who terrorised FNATIC in the quarter-final of MLG Columbus has rarely appeared on the server and along with his dip in form seems to have come a hesitance to adapt his style of play to the new lineup of Astralis. Part of the reason cajunb had to be the one to go earlier in the year is that the duo of device and dupreeh were very still much a strong alliance and Xyp9x had been one of the best players in the team over the latter months of 2015.

Now, device is free to go where he wishes, should he please, without such strong compulsions to keep him at home. It’s also notable that his departure would not kill the chances of the Danish scene outright, which would have seemed a certain outcome even last year. In a world where Dignitas has a championship lineup without him and Heroic has made steady inroads into the top 10, Denmark is primed for success at all levels with or without device.

It would not have been impossible to have imagined a world in which device might even have ended up on a team like FaZe, parlaying his star power into sticker money and a chance to play without pressure. Right now, it seems very unlikely device will ever play for NiP, but one can imagine a world in which he both does and succeeds as a result of such circumstances.