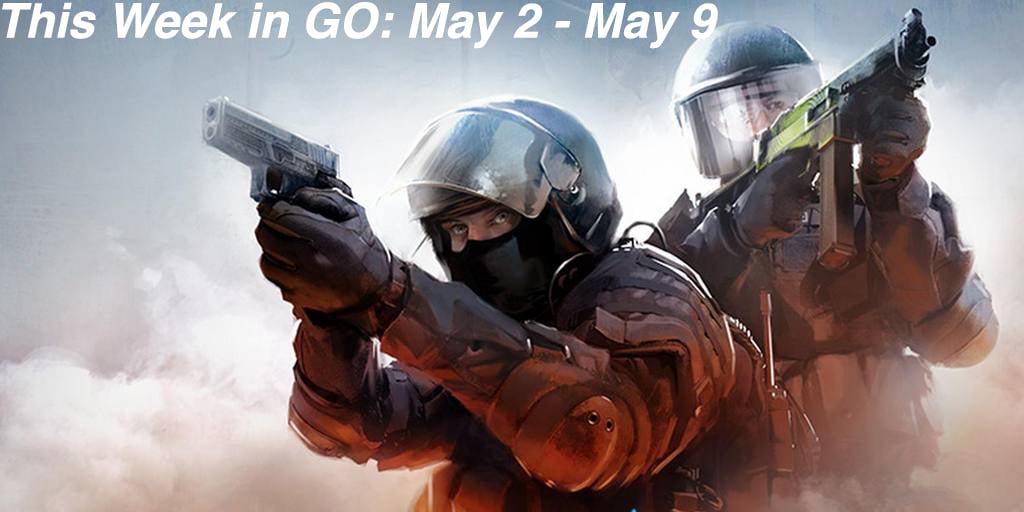 This week I cover: DreamHack Austin 2016 results and casting talent, ESL One New York, the return of Guardian, and the future of both S1mple and Team Liquid.

The main event in the professional CS:GO scene this week was DreamHack Austin 2016, where Luminosity Gaming went 6-0 across the course of the tournament to take first place and $50,000. On the American side of things, popular streamer and Splyce stand in Summit1g gained notoriety not due to success or positive results, but rather by losing a map win over CLG by killing himself with his own Incendiary while on match point. CLG later drew the game to overtime and clenched the series in a two to zero victory. In attendance was eight American teams, including two from Brazil: Cloud9, Splyce, CLG, Selfless, NRG, Tempo Storm, Luminosity Gaming, and Team Liquid.

After GSL style group stage, which split teams into two round robin groups of four, Splyce, CLG, NRG, and Selfless were eliminated. In the semifinals, the two remaining North American teams, Cloud9 and Team Liquid, faced off against Brazilian teams, Tempo Storm and Luminosity Gaming respectively. This event served as an important progress marker for both Cloud9 and Team Liquid, being the first event for teams who had both recently made roster changes- Team Liquid losing Oleksandr ‘S1mple’ Kostyliev, and Cloud9 exchanging Ryan ‘Freakazoid’ Abadir with Alec ‘Slemmy’ Whit.

Both Brazilian teams won their semifinal matches, subsequently proving to North America, and the world, that the best Brazilian teams are still stronger than their North American counterparts. As tremendous as it may be,the Brazilian final was expected; Luminosity was the favorable team going into the event and Tempo Storm came in fresh off a tournament win at CEVO Gfinity Season 9 Finals.  In the final of DreamHack Austin, however, Luminosity Gaming defeated Tempo Storm in a dominate two-to-zero victory, taking 16-9 wins across both of the maps. Tempo Storm was simply out performed by Luminosity. It almost seemed as if members of Tempo Storm were nervous playing against their fellow Brazilians.

This event highlights how the extreme dedication shown from South American teams has blossomed into a successful professional scene. The underlying infrastructure of the Brazilian scene was significantly less developed than the North American scene in terms of means for finding talent. Similar to how Dreamhack Austin showed

On the Talent side of things, Dreamhack Austin was also a breakthrough event for Analysts and Casters who have only done smaller events. As CS:GO grows, the need for entertaining and informative talent options will grow as well. I would like to highlight the casting duo of Mohan ‘launders’ Govindasami and Joey ‘heliumbrella’ Cunningham for their proficiency in their first Dreamhack event. Considering prominent caster Matthew ‘Sadokist’ Trivett has announced via twitter this week that he will be taking a break from events during June and July, it will be interesting to continue to give vacant casting opportunities to fresh faces within the scene.

This week also found EnVyUs announcing a new base of operations in Charlotte, North Carolina and ESL announcing an ESL One event in New York City. With the Turner ELeague fast approaching and DreamHack Austin just behind us, these announcement mark the continued growth of CS:GO in North America.

On Wednesday, May 4th Na’vi’s star AWPer, Ladislav ‘Guardian’ Kovacs stated via twitter that the wrist injury that had previously hindered his play is now healed and he will fully return to competition. With the  Guardian, Na’vi may continue to battle Luminosity Gaming for the number one world ranking. Previous number one team, Fnatic, is still struggling to compete with Na’vi and Luminosity Gaming due to superstar player Olof ‘Olofmeister’ Kajbjer own injury.

On a somewhat unpleasant note, ex-Team Liquid player Oleksandr ‘S1mple’ Kostyliev has announced via twitter the roster his new team, Worst Players, which unsurprisingly consists of no star players. S1mple will be playing with Fix, Arch, Crush, and Dima. This announcement is similar to the one S1mple made after leaving Flipsid3, where he also went to team Worst Players, and saw little success on the team. Assuming S1mple does not get picked up by some tier one team, it is very possible his talent may go unnoticed in popular events.

Team Liquid also appears to be diminished in skill by the removal of S1mple. When comparing two key series againsts Luminosity Gaming: one at MLG Columbus, and more recently at Dreamhack Austin, the impact that S1mple had becomes clear.

At MLG Columbus, with S1mple in the roster, Team Liquid only narrowly lost in the semifinals versus Luminosity, at one point holding 15-7 and 15-9 leads on the two maps. In the series, S1mple and Team Liquid as a whole looked dominant over the Brazilians, who only narrowly clinched the series in two overtime games. During the major, S1mple’s AWP was highlighted as a staple factor to Liquid’s success. The series did not just mark a stolen North American major final, but also the opportunity and motivation for Team Liquid to continue to improve and develop with S1mple. Since then S1mple has been replaced with Adren, and Koosta now holds the AWPing role for the team.

In the Team Liquid versus Luminosity series without S1mple, Team Liquid appeared much more powerless against the Brazilians, losing 16-6 and 16-14 respectively. Overall Team Liquid was never in a position to take the series. In comparing the performance of Koosta and S1mple across the two series, Koosta performed significantly poorer in his series against the Brazilians. Koosta earned an HLTV rating of 0.64 and a K/D spread of -17 compared to S1mple’s rating of 1.02 and +1 K/D spread.

In my opinion, Worst Gamers does not provide an opportunity for S1mple to show his stuff on an international scale. I would agree with points initially highlighted in Thorin’s video regarding S1mple and Team Liquid; these points being that S1mple was both a key element of Team Liquid, and Team Liquid was a great opportunity for S1mple as a player. It would have been beneficial for both parties for whatever problems that existed within the team to have been resolved via means apart from S1mple leaving the team. Unfortunately, it seems unlikely that S1mple will get an opportunity on a top team anytime soon, as no CIS team is likely to recruit him, and he probably will not accept offers from any North American team considering his recent history with Team Liquid.

Clip of the Week

CoTW this week goes to Summit for what may be the biggest blunder of the year.

What are your thoughts on this week? Tweet them at me