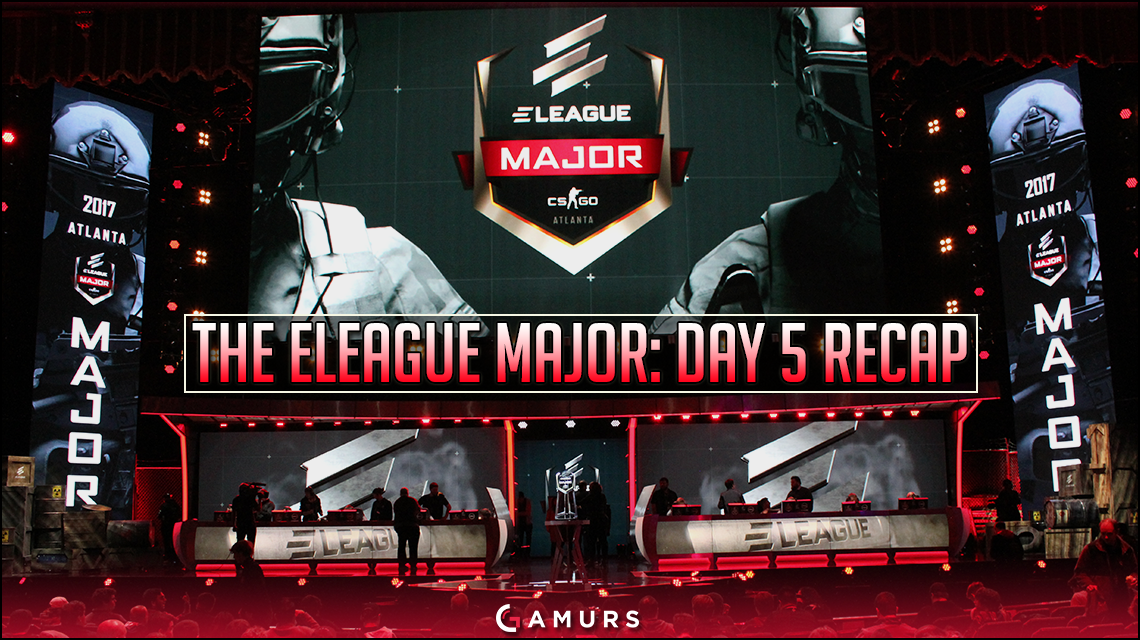 ELEAGUE’s fifth day of their CS:GO Major has drawn to a close, and with its culmination we now know three of the semifinalists and three of the teams who are headed back home. Virtus.pro, Na`Vi, Fnatic and more waged war today in Atlanta and we were treated to some thrilling games. Without further ado, here are your scores for the first day of the playoffs from the ELEAGUE Major.

Astralis wins the series 2-1 after a magnificent battle on Mirage provided for a great semifinal. Astralis moves on to play in the semifinal and Na`Vi is knocked out of the tournament.

Fnatic took the second quarterfinal, which puts them in the semifinal tomorrow. Gambit heads home after the second Major in a row where the team has secured Major status despite community expectations going in.

The Poles unleashed the notorious plow on Overpass and, at one point in the first half, it looked likely they would 16-0 the Danes. Cobblestone featured a huge performance from Emil “Magisk” Reif, who finished the first half with a ridiculous 29 kills. Surprisingly, this wasn’t enough for North to win the game, and it was Virtus.pro who won the series 2-1 after a magnificent comeback. In the final map, the team came back from being down 12-3 to win the map 16-13 and secure their spot in the semifinals.

Did you expect Virtus.pro to be able to mount such an epic comeback on Cobblestone? Let us know by commenting below or by tweeting us @GAMURScom.