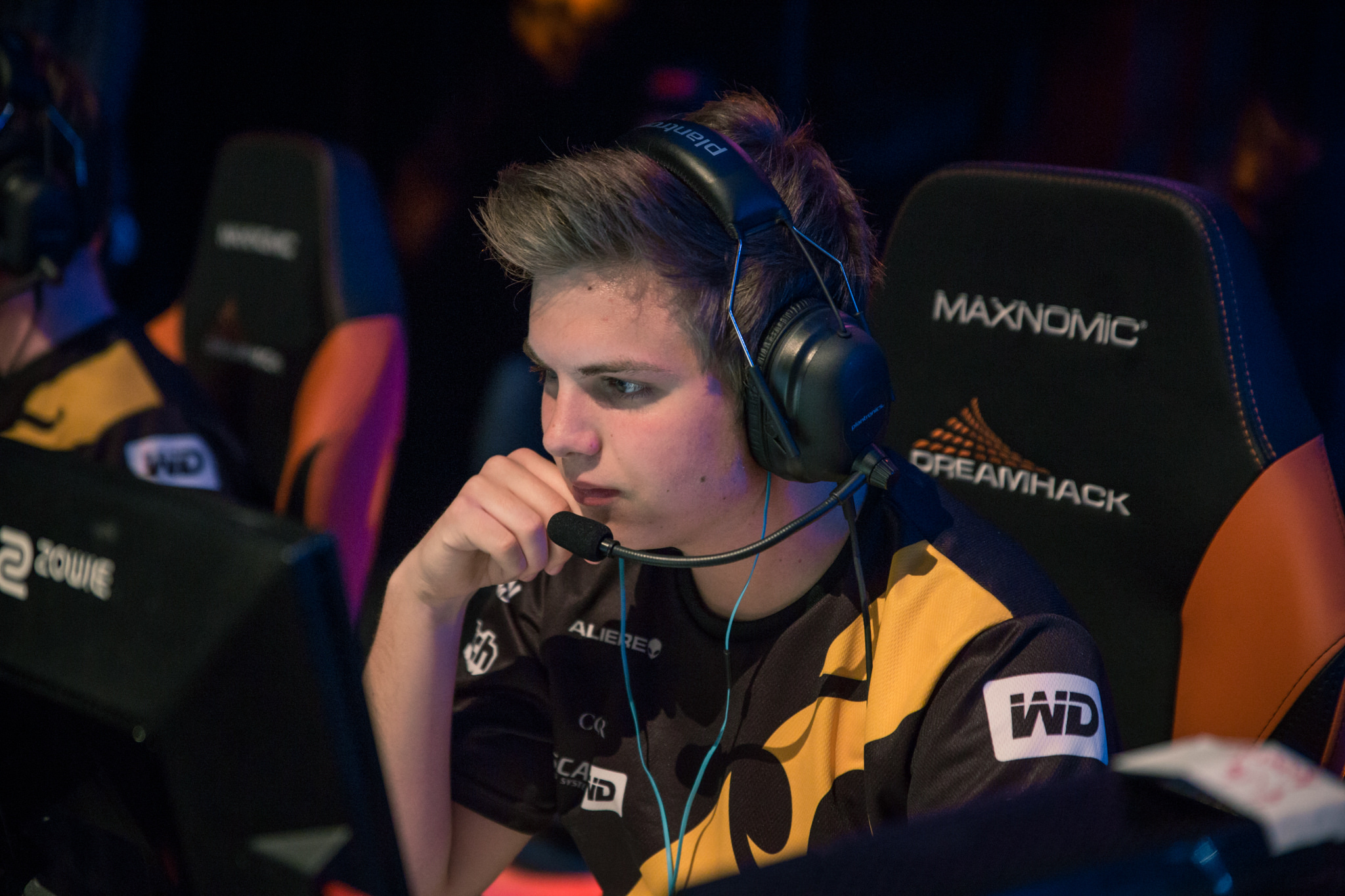 Markus “Kjaerbye” Kjærbye‘s time has come. His opportunity awaits. The world will see him rise to the heights of his potential else perish in the chasm of expectation between where he could be and where he might end up. Training has got him an audition, his talent turned heads and his ability made him impossible to ignore, but now he must deliver a world class performance. Denmark boasts one of the deepest talent pools in CS:GO and Kjaerbye represents not just a young player dreaming of something bigger, but the very hopes of the Danish scene to produce a potential world champion, as it did for around six months last year.

Nobody waits for an opportunity to arrive. That is the terminology of the outsider looking in on the fortunes of another and seeing only the moment at which they were given outside assistance to break through to success. For the individual himself, opportunity is a course of repeatedly petitioning outside forces for that chance to prove oneself. A daily ritual of honing your skills, visualising your goals and battling to do more with less, so someone out there will trust you with more resources and give you a platform upon which to perform at a higher level.

Certainly, Kjaerbye was not waiting for anything over the last five months. That phrasing sounds as if he were in a passive state, levelled off and waiting for a single lottery ticket to win big. Instead, Kjaerbye has been grinding and over-performing to the extent that he was the only name one could reasonably put at the top of the list when it came to replacing the formerly monstrous cajunb. The journey from where he began to even that point was one of great significance for the Danish youth and far from guaranteed.

In 2015, the former dignitas player was the posterboy for potential which fails to manifest in the most important moments. Touted as talented, known for some strong online performances and capable of delivering the odd group stage performance offline against lesser opponents, but far from a top level offline player. Kjaerbye was not brought into dignitas to be an also-ran and sit in the background while others shined, his talent demanded that he assert himself as a star in the defacto number two team in Denmark.

Instead, he found himself a passive observer of the talents of pimp and Aizy, who lifted dignitas to the level of making semi-finals and a run into the top 10 of the world rankings. Kjaerbye had little to do with that campaign of moderate success, relative to his talent and the expectations surrounding it. Given room to develop, he seemingly abused the luxury of not being needed to carry a game for the team to make it deep in tournaments or upset bigger names. In many ways, he had the best seat in the house to see Aizy accomplishing everything he wished to: showing the then TSM (now Astralis) that he was one of the best players in the country and bringing them close to signing him.

With pimp removed and Aizy off to cash in on his name value at G2 (now FaZe), Kjaerbye faced the most difficult challenge of his professional career. Playing for a team who had been good, but now lost both of its stars, he had little help and could have seen himself and his team free-falling down the rankings into relative obscurity. With new man k0nfig added to the team, suddenly there was another name exciting fans with his potential but not expected to have to deliver right away. With no stars left in the line-up, Kjaerbye could have crumbled and faltered under the bright lights. Instead, he completed his transformation into one of the best Counter-Strike players in the world.

2016 began with Kjaerbye emerging as the star of a revitalised dignitas and not just performing at a high level, but even in the face of his team-mates choking and denying his the back-up he deserved. At a number of events, dignitas did well up to a point and then would face a crushing loss, but Kjaerbye’s excellence in that moment forced others to pay heed to his improvement. There are not many players in Counter-Strike who both play well under pressure and when their teams are failing, even when one considers some of the best performers in the game. Clearly, there was something special about Kjaerbye after all.

As much distance as has been covered by this young man in the last five months, the journey has but started, should he wish to ascend to legendary status in his career. Now he has finally arrived at the real game, surrounded by some of the game’s big names and with the resources to win tournaments and make deep runs in majors. Kjaerbye has not just joined the best team in Denmark, but has broken up one of the best five man line-ups in the history of CS:GO. The world, quite reasonably, expects much of him and his opportunity. That opportunity, hard fought for and long worked towards, carries much danger but also promises great rewards.

Astralis are a team long accustomed to reaching the semi-finals of tournaments. A string of three or four top four finishes would be considered impressive for Kjaerbye back in dignitas, but it would signify little progress for Astralis. Making it as far as the semi-finals of a major would be an incredible feat for Kjaerbye in the context of his career, but it would be another disappointment for his new team-mates. cajunb is a legend of CS:GO and has shown us numerous great maps worth of play, so from Kjaerbye monster play is the least we will accept.

Can Kjaerbye bring Astralis to their first major final? Can he help them add to their trophy haul of five international titles? Will be the missing piece to overcome device and dupreeh’s issues at the majors? Can the beastly performances during difficult times at dignitas become masterful displays amongst the stars?

This is Kjaerbye’s moment. With it comes much that is scary. Pressure the likes of which few have experienced. Trepidation upon replacing a legend and playing alongside some of the most skilled players in the game’s history. The weight of the team’s past successes and legacy threatens to crush this experiment as a mistake and leave many clamouring for the return of cajun or an opportunity granted to k0nfig. There is much to be lost and yet so much to be gained.

With the chance to fail comes the chance to succeed. In the face of perilous pressure, a great performance can melt the coldest fan’s heart. Should Kjaerbye excel and elevate Astralis, he will be remembered as the man who took them to the promised land at last. This is his chance to shine, his moment to fulfil his potential, his stage upon which to perform. Will be seize it? Can he?