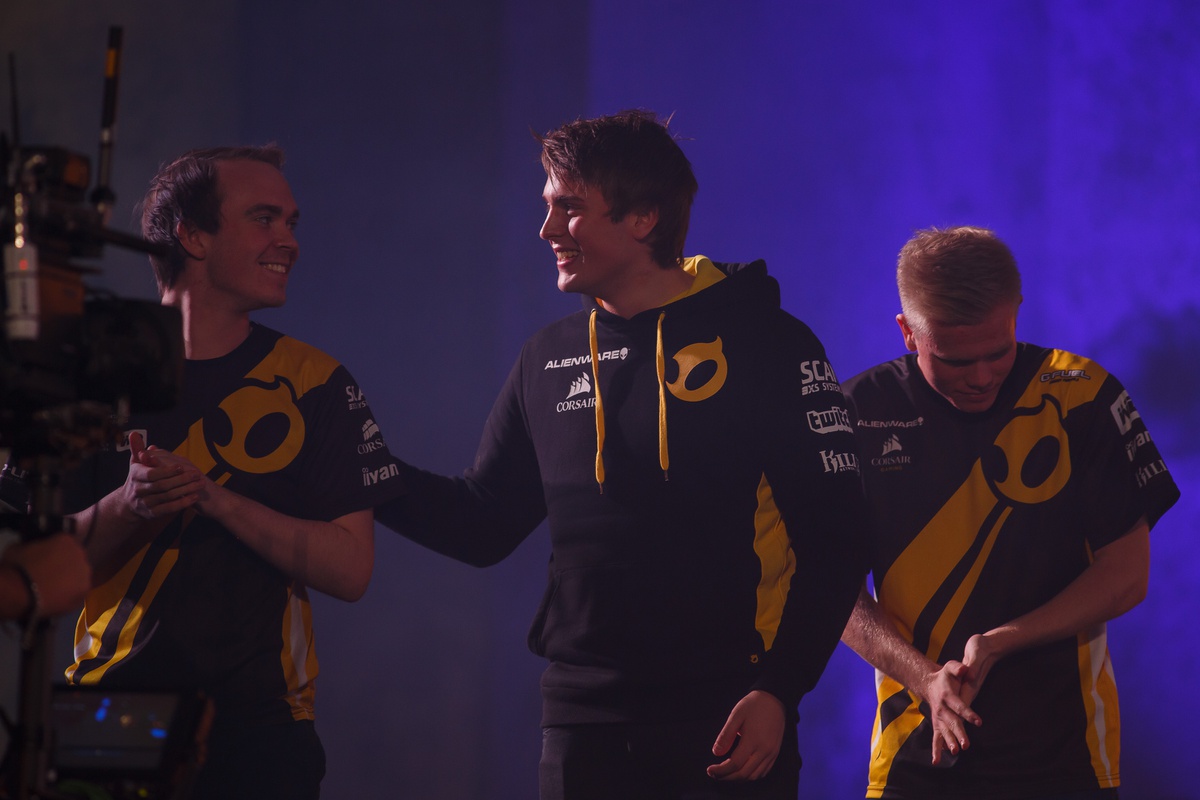 In winning EPICENTER, Team Dignitas became the first Danish side to take home the title at a $250,000 or more prize pool tournament in CS:GO history. The feat was not only notable for that reason, though, but because it highlighted further the failure of the Astralis core, the pride of Denmark from late 2013 until early this year, to win a competition of that stature. Behind Dignitas’ success, though, is the story of the emergence of their duo of star players: Emil “Magiskb0Y” Reif and Kristian “k0nfig” Wienecke. Now, the two look set, if they can avoid the lure of a move to the aforementioned Astralis, on course to establish the destiny that Astralis’ famous duo (device and dupreeh) were unable to accomplish.

The core of Astralis are often discussed as potentially the best team never to win a major or a $250,000 or more prize pool tournament. Since early 2014 they have consistently been one of the world’s elite sides, only dropping that status in the Spring of 2016, accounting for a span of around two years. Over those two years of play, the team reached the play-offs of all seven majors and went as far as the semi-finals on three different occasions. Never did they play in the final, though, and that fact is not one which is lost upon them, their fans or the wider CS:GO community.

Most heart-breaking of all for Astralis has been that their consistent performances in reaching the play-offs of the majors, coupled with their victories at smaller competitions, which often featured the very same opponents defeating them in the biggest tournaments, seemed to show that Astralis was a side capable of winning a major or a huge tournament, but held by back their own mentalities and performance anxiety issues. Even the most hardened of Danish fans seem to have been driven to a near fatalistic attitude when it comes to Astralis and the biggest tournaments in Counter-Strike. If it didn’t happen then, when things seemed so bright, why would it ever?

At the center of Astralis’ rise as Copenhagen Wolves, reaching the quarter-final of the first ever major (Dreamhack Winter 2013), was the play of the rising stars device and dupreeh. device was the prodigy, phenomenally skilled and a marvel of aiming talent, even adept at swapping over to the AWP when he wished to become a sniper for a half or few rounds. dupreeh was the aggressive entry fragger and established a reputation for reliable play from this role on a team which was infamous for struggling to put together runs of T rounds to accompany their monster CT sides.

When the duo helped push Team Dignitas, as their team was called back then – not to be confused with the entirely different core that makes up the current Dignitas line-up, into the semi-final of EMS One Katowice, CS:GO’s second major, device was only 18 years old and dupreeh had not yet turned 21. Beaten in that final four by Ninjas in Pyjamas, still one of the world’s best at the time, it was easy to look at the trouncing and write it off as a young contender-in-the-making unsuccessfully taking on one of the reigning elite teams who were not ready to allow them entry into the champion’s circle just yet.

NiP were, as they remain to this day, built around the super-star talents of GeT_RiGhT and f0rest. As NiP put down Dignitas, in what would be the first of many major battles between the two cores and duos, the feeling was that while NiP’s stars would gradually fade out in time, as they have done, it would be players like device and dupreeh who replaced them as the game’s premiere names. Indeed, the fact Dignitas had put two such players together and playing vastly different but important roles in the blueprint of a would-be champion seemed set to put the two on a course of becoming the next GeT_RiGhT and f0rest of CS:GO.

Instead, that core would accomplish excellence on all levels but the one which would have established them as having arrived at that level. In 2015, the duo were already better than NiP’s, yet their victories in five tournaments never saw them taking home a major or a $250,000 or more prize pool title. NiP had been the best team in the world, but TSM, as they were then called, were always denied that crown.

The next in line

The emergence of Magiskb0Y and k0nfig provides Denmark with another duo of super-star players who represent different roles of a championship side and now hopes are that they can deliver upon the potential shown thus-far and become the premiere duo in the game, as their Danish predecessors fell just short of accomplishing. Once again, the styles and strengths of the players in question tantalise and promise so much for their would-be success playing together.

Magiskb0Y is the more passive or later-in-the-round force, waiting and cleaning up multiple opponents one after another with grinding consistency and strong skills on display. Where once he had been a young but inconsistent talent in SK, known for the occasional overpass outburst, now he has become arguably the most consistent player in CS:GO and has routinely topped the scoreboard against all manner of world class opponents and across seemingly all maps.

If Magiskb0Y goes to work from the middle to late part of the round, then the opening part belongs to k0nfig. Another former SK Gaming talent, he was also plagued by inconsistency earlier in his career but also suffered from a lack of identity in which role he should occupy. Joining Team Dignitas much earlier, he only really had a break-out run at the Game Show Global eSports Cup. Other than that, he was another name who disappeared while then stable star of Dignitas Kjaerbye was left to hard carry the team as far as he could. With Magiskb0Y’s arrival, k0nfig has become the star offensive talent within the team.

Explosive and aggressive, k0nfig creates the openings which allow his team to take over sites and tear apart the mid round. Statistically, he is less likely to top the scoreboard because the nature of his play is play a high risk-high reward style which sees him willing to risk dying because the actions he takes have a greater impact than merely the number of kills he acquires.

The task at hand

Magiskb0Y and k0nfig stand at the crossroads device and dupreeh did back in 2014. They’ve shown their individual talent, their strength together and one could even make the case they are a little ahead of where the Astralis duo were back then, due to having already won a big competition. The question now is whether or not the two can stay together, without seeing one or the other accept an offer to join up with said Astralis core, and if they can maintain this level of impressive performance. Of course, if one were to join Astralis, there would also be the unexpected story-line of the two Danish duos perhaps swapping partners and seeing who makes it further without the other.

For now, Denmark awaits its chance to finally proclaim that it has the best players in the world and the best team. Dignitas are not there right now and neither are Magiskb0Y and k0nfig, but they pose one of the promising chances to accomplish that destiny that their countrymen fell just short of previously.