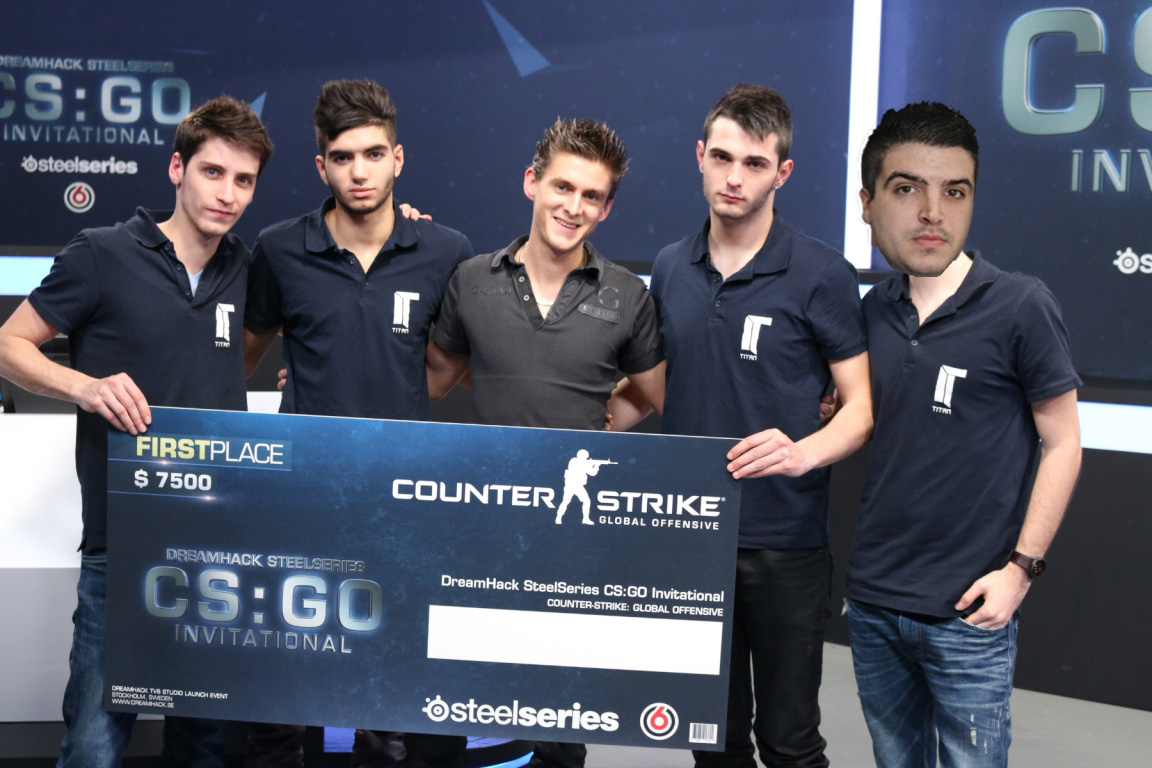 I think that it is just great that ScreaM is now in Titan. They really can be a top team. Imagine the old ScreaM. If ScreaM can come back, then so can KennyS, f0rest, and others. This article will not only go over what can happen to Titan but what may also happen to the scene as a whole.

Let’s start before the change. ScreaM has been a very successful player on French teams. He did very well within Kinguin, which was recently acquired by G2. This stands out to me. Just after a new signing, ScreaM leaves. The main reason for a group of five aimers to join Kinguin was the money. Perhaps, this new team did not offer the money ScreaM was hoping for. It could have gone down a few ways if this was the reason for his departure. ScreaM may have hoped for better pay when going over to Gamers 2, in order to deal with the tensions within the team, which were mentioned in his instagram post.  Maybe, there was a buyout clause on Kinguin but not for G2, and this was a long anticipated move. Maybe, ScreaM is ready to win, and he is no longer interested in teams like Kinguin. As a sidenote, Kinguin is so extremely lucky to have sold out when they did. dennis and Maikelele could go over to NiP, and ScreaM already has left. They managed this all perfectly. I think the timing of all of this is a very important thing to note. Whatever the reason for ScreaM leaving may be, it is all very interesting stuff to think about.

Titan can become a top team; they may even become the best team, if Fnatic breaks down and things like that. The team has two excellent aimers with shox and ScreaM. RPK is a good support player who always does his job. If things were to happen with the other two players, this team could become something amazing. Smithzz will have to get back into form. He hasn’t been a good player since February. He doesn’t need to be a KennyS, but he does need to better than he is now, if the team is to be going places. Ex6TenZ should step down. If he were used in the way that some coaches are now, the caller, then someone with more skill could take over for him. Such a move is to be desired because Ex6tenZ is known to be very controlling. Out of game, he would not have that much control, and his players would be free to use their skill as they please. Ex6TenZ would still provide lots of strategy, but he won’t be the “controlling bitch” that many players view him to be. This open spot may be good for trying out a new player, like someone from LDLC. As a coach, Ex6TenZ could help this untrained player to reach his potential. It’s looking like the French teams could be on top for Dreamhack Winter, the next major.

One can make a point that this roster change is more important the previous French one. KennyS and apex to NV didn’t really stir the pot because a weaker team, Titan, got two players that weren’t playing so well lately. G2 was going to fall apart sometime, but as it is falling apart, some amazing things are happening to the scene, like ScreaM to Titan and maybe Maikelele and dennis to NiP. f0rest on the bench for a while could bring him back to the legend he used to be. Guys, all of it is falling in place. The climax of CS:GO is coming and all because of a pigboy isn’t doing so well with his shotgun and CS:GO’s Axl Rose is doing too much Adderall. A year or two from now, we could be saying that the Source 2 port ruined the game. Fnatic, TSM, VeryGames, EnvyUs, NiP, mousesports, Cloud9, Virtus Pro, and Na’Vi could all be in amazing form and be playing each other. North America is having the necessary roster changes to get better, and Europe is undergoing an even more enormous change.  The ScreaM roster move is not special just because of VeryGames is back du du du VER Y GAMES du du du, but the greater implications make it even more fantastic.