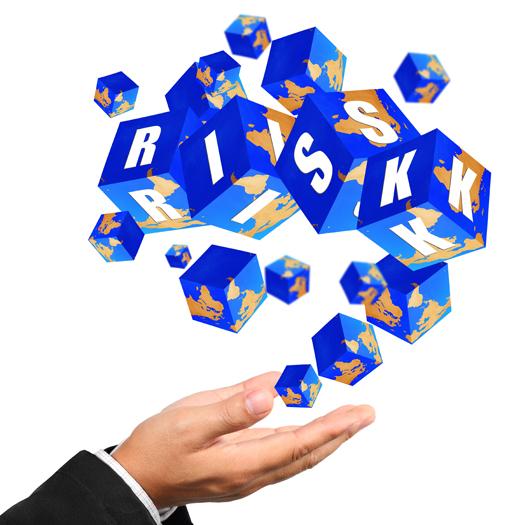 The ebb and flow of CS: GO’s in-game economic system adds an elusive and eclectic strategic layer on top of its mechanically intensive, skill-centric gameplay. However, while buying decisions can sometimes contain difficult assessment of risk-versus-reward, a fairly standard decision making tree has developed within the professional scene with very few teams bucking the established meta-contextual trend.

The best example would perhaps be the now-standard second-round forcebuy on the terrorist side if they were to loss the pistol round. The terrorists will, of course buy again in round three if the force was successful, but more often than not losing the second round force triggers a complete save in the third to enable a full buy in the fourth.

Despite the apparent orthodoxy of that buying pattern, some teams like TSM, an emerging middle-tier team in North America, have started to buck the present paradigm. On May 7th, Semphis was given the control of the team as the in-game leader replacing Valens. As a caller in Cloud 9 in 2014 and Nihilum/CompLexity in 2015, Semphis has been known for promoting more gimmicky play and choosing to forcebuy far too frequently.  While his more recent heavy force buy play seemed to be inspired by the style of Fnatic and EnVyUs in 2015, Semphis’s calls have come under closer scrutiny by casters and analysts alike as TSM have had a few decent results over the past two months.

TSM were able to place third at the second Americas Minor in May and take a game off of Fnatic at E-League last week, but perhaps their greatest achievement was their qualification run for the ECS offline Finals in London where they had to defeat both OpTic and CLG in online best-of- three series.

Before making their run through the lower bracket in the ECS playoffs to qualify, TSM actually lost their first match versus CLG where they displayed their typical forcebuy focused buying strategy. In the second half of map two on Cobblestone, TSM would actually choose to forcebuy on the third round as Ts after dropping three CLG players in round two but not getting the bomb down.

Generally, the second or third round forcebuy for the CTs is essentially a gamble that attempts to limit the possibility of facing a CT side that can full buy multiple times in a row versus a T side that can only afford to full buy once. However, if the Ts are constantly forcing, that will delay their first full buy assuming none of their forces succeeds. If they choose to continuously force, the Ts either have to win a force, which becomes increasingly less likely after the CTs are able to purchase better weaponry and utility, or get a successful bomb plant when the full loss bonus is in effect to earn a full buy. If the Ts win their first full buy and have kept CT money low enough due to their previous forces, they could have a serious economic advantage moving into the following few rounds as the Ts could now be able to afford multiple full buys by the time the CT side is able to full buy again. However after forcing for several rounds in a row, you would have to consider whether or not the rounds lost leading via forces which created that economic advantage is worth value of the advantage in itself.

If you were to start to assess this problem concretely, it should first be understood that it would be incorrect to suggest that the right answer is simply predicate on the result. In the actual TSM/CLG game mentioned above, TSM’s forces weren’t able to garner an economic advantage, but that doesn’t mean the decision to force was necessarily incorrect.  We instead have to weigh the validity of a decision based on its probability of success and its possible benefit.  For example, if a man had the option to enter a lottery that payed out $1500 with 30% chance of victory or a $800 prize lottery with a 60% chance of victory choosing to enter the $1500 dollar lottery is always the correct decision regardless how either lottery plays out in reality.  The expected value of the first lottery, $500, is greater than the $480 expected value of the second lottery, so for a risk-neutral rational decision maker the correct choice is to always enter the first lottery.

The right choice for a team in TSM’s position could likewise be assessed by evaluating their odds of success in subsequent rounds. Coming up with these win chance percentages is a fairly subjective evaluation as a team’s win rates on force buys and full buys are dependent on the map and the skill of each team. For simplicities sake, let’s say TSM’s chances of winning the force buy is always 30%.  If TSM wins the force we’ll put their chances of winning the following two anti-ecos at 85% but will stay at or drop down to 30% following a loss in the third round or the fourth round. While the economic fluctuations of these choices will obviously effect later rounds, we’ll just look at rounds 3 through 5 to again simplify the evaluation. Given the above specifications, TSM’s odds would look like this:

Looking at the chart, you’ll notice that calculating TSM’s chances to win each round is a fairly simple calculation which I’ve included in the bottom-left hand side of the image. But the most important number to look at is the total number of rounds TSM can expected to win using this buying strategy which in this scenario is 1.32 out of a maximum of value of three.

The alternative choice would the orthodox decision to wait to full buy on the fourth round meaning a full eco on the third. Under this strategy, we’ll put the chances of winning round three at a lower 15% because of the full eco.  Because Cobblestone is a T-sided map, we’ll put TSM’s chances to win the subsequent fourth round buy at favorable 55%. If TSM win round four, we’ll assume a 75% percent chance of victory instead of 85% chances of victory in round 5 to due to money presumably saved by the CTs in the round three eco. While in actuality that saved money would probably be used to make a full buy in round 6, we have to account for the monetary advantage in round 5 as round 6 isn’t accounted for in this heavily simplified model. Likewise, we’ll assume that TSM will forcebuy in round five to make up for a lack of a round six with the stabdard 30% chance of victory.  If the Ts are lucky enough to win round 3 with the full eco we’ll again assume an 85% chance of victory in rounds 4 and 5. This more orthodox buying strategy is visualized below:

Notice that the expected value of rounds won by TSM overall is still similar but slightly higher at 1.325. While again this system massively oversimplifies the actual in game economic system, our model here with its broad assumptions suggests that an unorthodox buying strategy is nearly as effective as the orthodox strategy.

However, if you look at the TSM/CLG match that informed our setup you’ll notice that CLG wouldn’t have to double save in rounds four and five if they lost to TSM’s round three forcebuy. If they lost round three, they would have enough money on three players to have a decent buy in round four especially if some guns survived round three. In reality, CLG would either cobble together a buy in round four or full buy into round five. Given this information, TSM’s choice to force in round three seems a lot less viable. If we assumed CLG would save in the fourth round and buy in the fifth with a 45% chance of victory, TSM’s chances would look like this under a constant forcebuy model:

Notice that TSM’s expected value in round five drops from the original .55575 to .41625, a loss of .1395, due to CLG’s new ability to full buy in round 5. Under the orthodox model the effect was similar but slightly less pronounced:

This simplified assessment suggests that frequent forcebuys in the first few rounds are still inferior to the standard choice to save in the third round, but is not dramatically inferior. For teams like 2015 EnVyUs or 2016 TSM who are more suited to aggressive SMG, shotgun, or tech-9 play and therefore more able to win forces, this model suggest that the choice to forcebuy in these early T side scenarios could be more valid than we would initially expect.