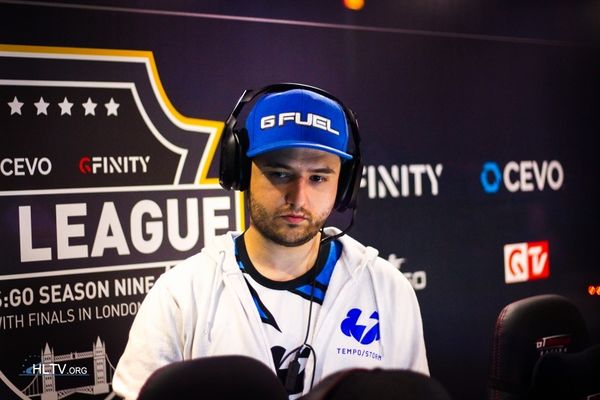 “Welcome to hell Peacemaker, please save us.” – Moses O’Toole, CS:GO Caster for RoomOnFire

On May 17, Liquid announced the arrival of the new coach Luis “peacemaker” Tadeu. It was a great move as peacemaker had already proved his worth as a coach on Tempo Storm and had played a role in helping the team become one of the top 10 teams in the world.

As a new coach in a completely fresh environment, peacemaker took a back seat to observe how Liquid played both online and on LAN as he let adreN continue to in-game lead to see how the players played, what they were good at, and the team cohesion. By the end of the first week of ELEAGUE, he probably realized what a disaster he had come into. From my perspective there are four major problems that currently plague the Liquid team and Peacemaker will have to solve them all if he wants to take this team to the best in the NA region and competitive internationally.

The choking problems initially started off once Liquid got to the semi-finals of the MLG Major where they played against Luminosity. Since then, they have switched Oleksandr “s1mple” Kostyliev with Kenneth “koosta” Suen, yet the core problem remains the same. Liquid cannot close against better teams when they have a lead in the game. There is some mental block in the team that makes it so that cannot close. Even with better tactical pause times, nothing has really changed and it has gotten to a point where opposing teams could gain confidence the further Liquid gets ahead in rounds as they will come to expect Liquid to choke. This is in some par related to the in-game leader questions.

From MLG to now, Liquid have constantly changed the in-game shot caller. They had initially went with Eric “adreN” Hoag, but internal issues immediately popped up as adreN was forced to change roles and s1mple could not abide by his weak play. This forced the koosta roster swap and then a change of leadership to Nick “nitr0” Cannella. That ended even worse so they eventually went with Spencer “Hiko” Martin and at the Major a combination of both Hiko and adreN. After the Major, they benched s1mple and went with the koosta lineup with adreN permanently shot calling.

The most successful iteration of leader was the combination of both HiKo and adreN at the Major, though that was under suspect circumstances as adreN was having the best tournament of his CS:GO career and s1mple was also in play. This is the only answer that I think has a clear solution. Even the current leadership under adreN isn’t the main concern as Liquid are getting close to closing games. The problem is that their strategy is more based on their individual skill, which takes a hit as they are near to closing a game as they all start falling under pressure and choking.

In this case, Peacemaker is the obvious solution. He wants to in-game lead, he has experience with it, he frees up adreN to play better if he takes the role and he might be able to calm the team down enough to close a match.

The spectre of s1mple

The third problem that needs to be addressed is s1mple. Since parting ways with s1mple, Liquid has gotten a top 4 at DreamHack Austin with a bo1 and bo3 win over Selfless, dropped out of groups at ESL ESEA PL S3 with a bo3 win over Cloud9 and is now facing elimination at ELEAGUE after losing to LG, Cloud9, and Renegades.

S1mple on the other hand, with four friends, has gone to one LAN at StarLadder i-League and went 1-2 against VP, 2-0 against SK and 1-2 against GodSent. S1mple with his four friends and no structure has already outpaced the Liquid roster in LAN results.

Liquid have a weapon of mass destruction sitting on the bench. Everyone knows he is incredibly hard to work with, but the payoff is massive if you can get the team to work together. For all that people talk about cohesion, synergy and teamplay the simple matter is that s1mple brings in the firepower. In the same vein, we have never seen adreN play better than when he was in a constant battle with s1mple and desperate to save his career. It’s probably more fun and relaxing to play without s1mple, but you’re always going to have a better chance going farther with him.

Now will moving s1mple back in resolve the choking issues? Probably not. The choking problems started in the semi-finals of the Major with s1mple, even if s1mple himself didn’t choke. S1mple likely even exacerbated the problems with his relationship with his teammates. However there is one salient point that everyone seems to be missing. With s1mple they were choking at the semi-finals of a Major, without him they’re choking in the group stages of international tournaments.

Hell, I am not even sure they can win with s1mple as they only had two maps they could play (dust2 and cache) and had a kind of miracle fluke run with a bo3 win over FaZe, one bo1 over Fnatic (with Olof “olofmeister” Kajbjer Gustafsson a second away from being benched for injuries) and a bo3 win over CLG. But the s1mple roster was barely explored with barely a month’s worth of playing time on the team. From an outsider’s perspective, what s1mple can give to the roster is so tantalizing and so explosive you have to think it’s worth giving another shot that lasts for at least three to six months.

While I understand why Liquid decided to opt out of dealing with s1mple as he’s so incredibly hard to handle, it might be time to revisit the issue if they want to become internationally competitive.

HiKo’s career has one defining trait that shines above everything else. It’s not that he’s a great NA player or that he’s NA’s best lurk/clutch player though both are true. It is that he more than anyone else wants to win at the highest level and will try to do anything to get it. It is probably why he is the only one who gets along with s1mple as they both understand that insane ambition to be the best at what you do. It is also why he was one of the people who argued for s1mple to stay in the roster, but Liquid went another way.

Now combine that disappointment with the lack of LAN results, the continual choking issues and the revelation from Jonathan “EliGE” Jablonowski that there is a lack of work ethic within the team and you have a ticking time bomb in the team.

And unlike s1mple, Liquid cannot let Hiko go. As a player he is too valuable in his role, experience and what he can bring to the team. But the only way to convince Hiko to stay is to make steps that will progress forward to a winning direction. If Liquid stay at a standstill, it could be possible that Hiko leaves the same way he did with Cloud9 over a year and a half ago.

While it is a problem now, if Peacemaker can find a solution to making the team better this could go away by itself. So long as the team is going towards an upwards trajectory, Hiko will likely stay on.

In the case of the roster swap, multiple people have called for that as the answer. Ex-Liquid coach James “GBJame^s” O’Connor said if he’d have full managerial powers he’d have either force things to work with s1mple, buy Tomas “oskar” Stastny and win now, or fully rebuild around a lineup of koosta and Daniel “roca” Gustaferri.

Sometime Liquid sub and co-owner of Echo Fox, Mohamad “m0E” Assad, was more blunt in his statement as he had just disband the roster as he believes there is something inherently wrong with this combination of players that makes them all choke together.

The reality for Peacemaker, however, is different. His choices and actions will wholly depend on how much power he gets over managing the direction of the team and how much time he is given. While roster changes are generally the biggest factors in bumping up a team’s success, Peacemaker has only been a part of the team for a week and most likely hasn’t come to a decisive conclusion on who needs to be changed if anyone.

The more likely scenario is a revamp of the current structure of the team. Given the lack of work ethic that EliGe has revealed about the team, he needs to force them to practice in a structured way that the Brazilian teams do ala Tempo Storm or LG. At the same time he can change the strategic structure of the team with him in-game leading and making them more disciplined and tactical based rather than skill based.

This generally goes against my philosophy on how teams are should be structured as Liquid is a high skill level team where you want the individuals to go off. The problem however is that their skills fail them whenever they get close. So at that point it might be better to just force them to practice executes and setups that can let them grind out rounds when they start choking. Liquid have shown they cannot rise to the occasion when the challenge presents itself. In which case, it’s better to have hundreds to thousands of hours practiced of their fundamentals in executes, setups 4v4s, 3v3s, power play situations so that when they inevitably start falling under the pressure, they can fall back mechanically on the practice they have put into the game.

As it stands now, all eyes will be on Peacemaker to see if he can pull this off and make Liquid a force in both NA and abroad.