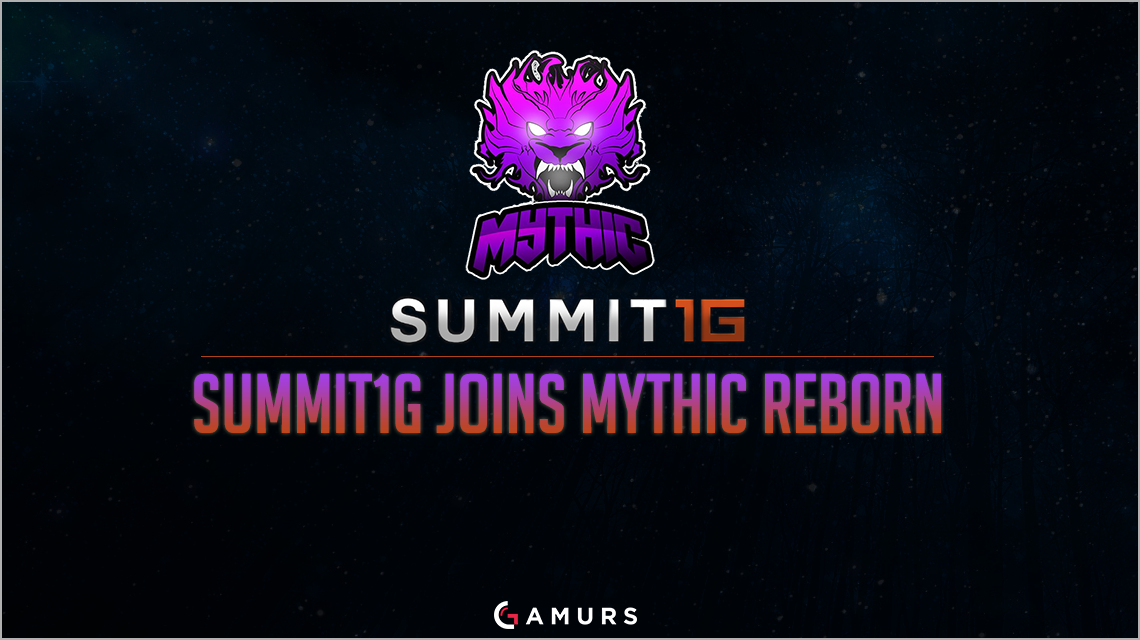 Jaryd “summit1g” Lazar, one of the world’s most popular live streamers, has joined Mythic Reborn to complete the ESEA and CEVO Main team’s roster.

Lazar, a former player for Area 51 Gaming and Splyce, joins the team of fl0m, LeX, Polen, and recently added adreN. The additions of adreN and summit1g have happened within just days of each other, as dizzywi left the team to join a ESEA Premier squad in ZPG and witmer was released.

Mythic dominated the ESEA Open division in Season 23; finishing with a 15-1 regular season record and a 7-1 record in the playoffs, but they struggled while playing with summit1g in the IEM Katowice NA Open Qualifier on Saturday, as they were quickly dispatched by Ambition Gamers.

What do you think of this roster move? Let us know in the comments below or on Twitter @GAMURScom.