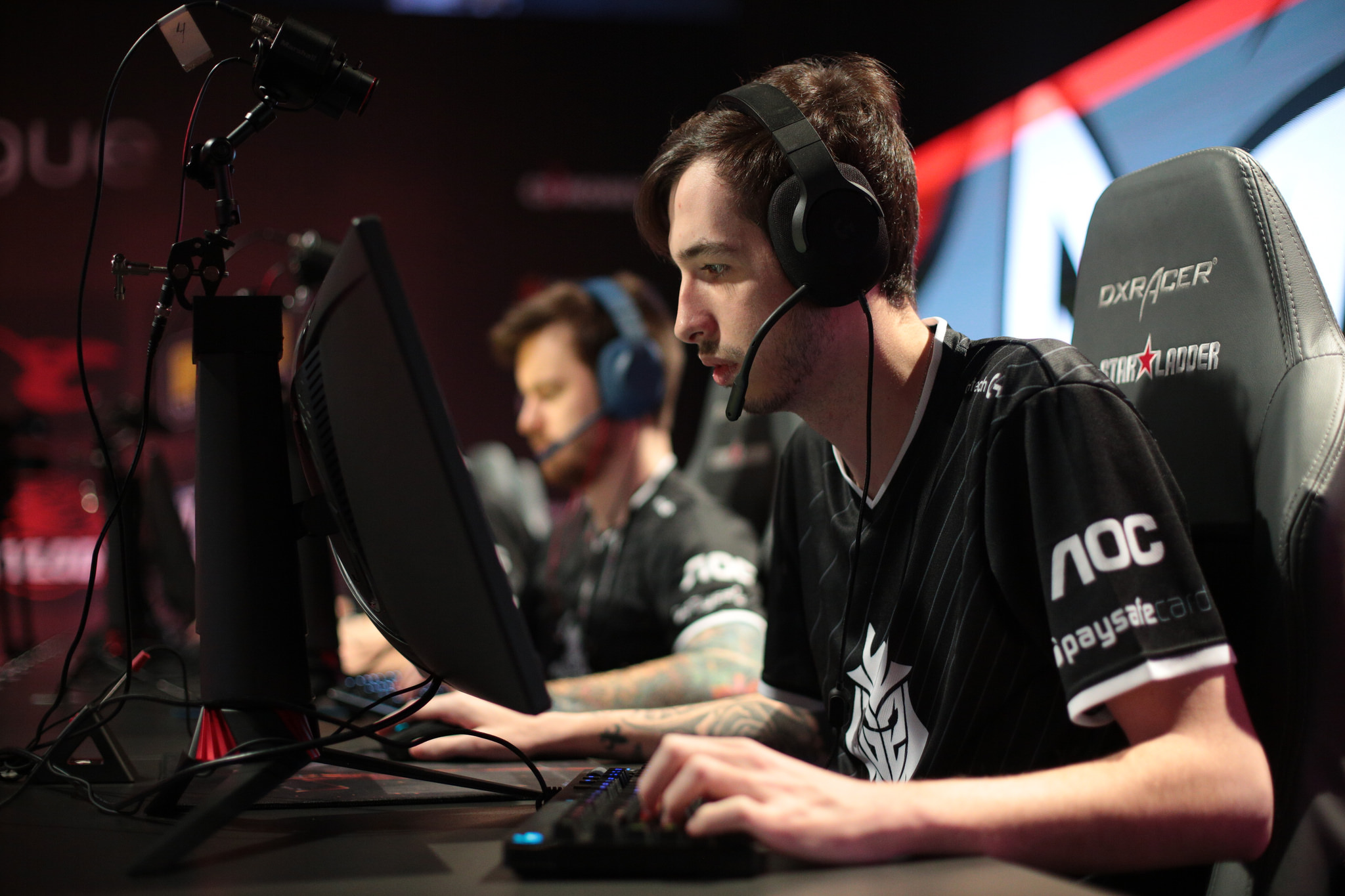 G2 Esports and FaZe Clan are the first playoff contenders at StarSeries Season Four, thanks to their 3-0 records throughout the group stage.

The Frenchmen of G2 completed their sweep of the stage with tight wins over Mousesports on Inferno 19-15 and Cobblestone 16-12, after they devastatingly lost Mirage 16-2. FaZe, on the other hand, traded 16-6 maps (Overpass and Inferno) with Natus Vincere, before finally taking down the CIS-region team on Mirage 16-12. Even with Oleksandr “s1mple” Kostyliev outfragging the FaZe side per usual, FaZe still pulled off the win with a number of good defenses on their CT side.

Related: Na’Vi and FaZe easily advance to the undefeated pool at StarSeries Season 4

In today’s elimination matches, Renegades and HellRaisers survived to see another day in Kiev, Ukraine. Renegades impressed with a 2-0 sweep of Fnatic, who seemed completely out of form this tournament. The Swedes gave up a 12-3 lead on map one Mirage, allowing for an Australian win in round 30 and a dismantling of the Swedish side on Cobblestone by stand-in Joakim “jkaem” Myrobostad at 32 kills. The match between HR and MVP PK didn’t have much of a storyline, however, as they easily ended the Koreans’ run with a 16-7 scoreline on Inferno and a 16-10 score on Cache.

The 1-1 games saw Team Liquid, SK Gaming, Heroic, and Astralis finally find their stride in the tournament—all with 2-0 sweeps.

North American favorite Team Liquid emerged victorious over Virtus Pro on Inferno 16-7 and Mirage 16-10, while their regional counterpart Cloud9 fell to SK Gaming in a rematch of the Boston Major semifinal. C9 struggled to find the key momentum needed to energize themselves to a win, and at the same time, Marcelo “coldzera” David picked them apart with an average 24 kills per map.

It was also a good day for Danish Counter-Strike, with Astralis taking down Gambit Esports for the first time in an offline best-of-three (Cache 16-13 and Train 16-8) and Heroic defeating TyLoo (Inferno 16-14 and Train 16-6). Coincidentally, Heroic’s coach Luis “peacemaker” Tadeu seemed to have played a key role in his team’s win over TyLoo, since he previously coached the Chinese roster late last year.

Action at StarSeries Season Four will continue tomorrow, as three more teams will move on to the playoff stage and another three will be going home from the $300,000 tournament.