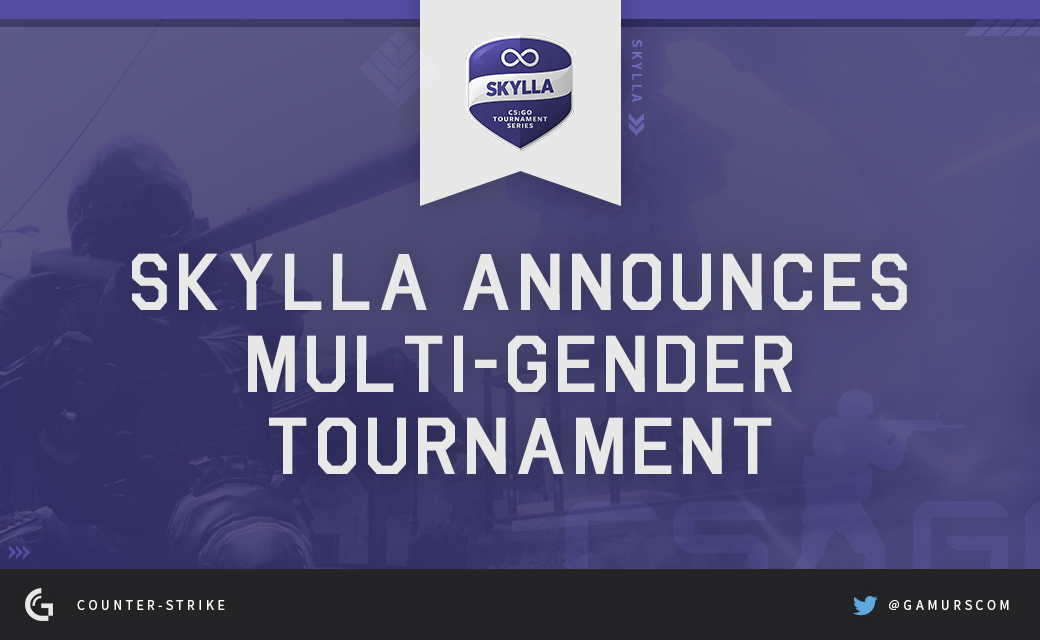 A new tournament series,presented by Unikrn, Challengeme.gg and noble chairs, will pit male and female Counter-Strike: GlobalOffensive teams againsteach other.

SKYLLA, a grassroots tournament host, willprovide seven matchups to allow ambitious teams to show their worthno matter the gender. There will be a collection of 12 invitedteams, eight male and four female, and more from the two openfemale qualifiers.

“The SKYLLA tournamentseries fits perfectly into the vision of Unikrn when it comes towomen in technology and gaming,” Rahul Sood, CEO of Unikrn,said in the press release. “We love the idea to support up& coming teams and we hope that this tournament will act as astepping stone to them.”

Traditionally, male and femaleteams have played in separate tournaments. SKYLLA is one of thefirst tournaments to openly showcase talent from both gendersin CS:GO.

“At GosuGamers, we arehuge fans of anything that genuinely aims to pave the way for morewomen to enter into the competitive esports scene,” VictorMartyn, CEO of GosuGamers, said.

In the press release, SKYLLAstated that its founding idea has been met with support from manyesports experts. Heather “sapphiRe” Garozzo, Lauren “Pansy” Scott and Matthew “Sadokist” Trivett are among thehigh-profile gaming figures that have expressed positivity for thetournament series.

“SKYLLA is a very uniquecommunity project and it excites us that so many known influencershave shown their support.” Jonas Black, BM of noble chairs,said. “We will definitely give out some amazing chairs to theviewers and we hope that this tournament becomes a threshold withinthe CS:GO community!”

The sign-up for the firstfemale-only qualifier has already closed and the event beganSaturday, June 4th, but teams can follow SKYLLA’s Facebook or Twitter to see when the second qualifier sign-up willbe announced. The female-only qualifiers will be stream onTwitch.tv along with the rest of thetournament.
“We want to createstorylines that are exciting to follow and give lesser known teamsa chance to step into the limelight. Tom Jang Lemke, VP of BusinessDevelopment at Unikrn, said in the press release. “It is acommunity tournament for the community and I hope that it will bewell received just like the first tournament series “Casekingof the hill, which I created with Anders and Semmler 2 yearsago!”