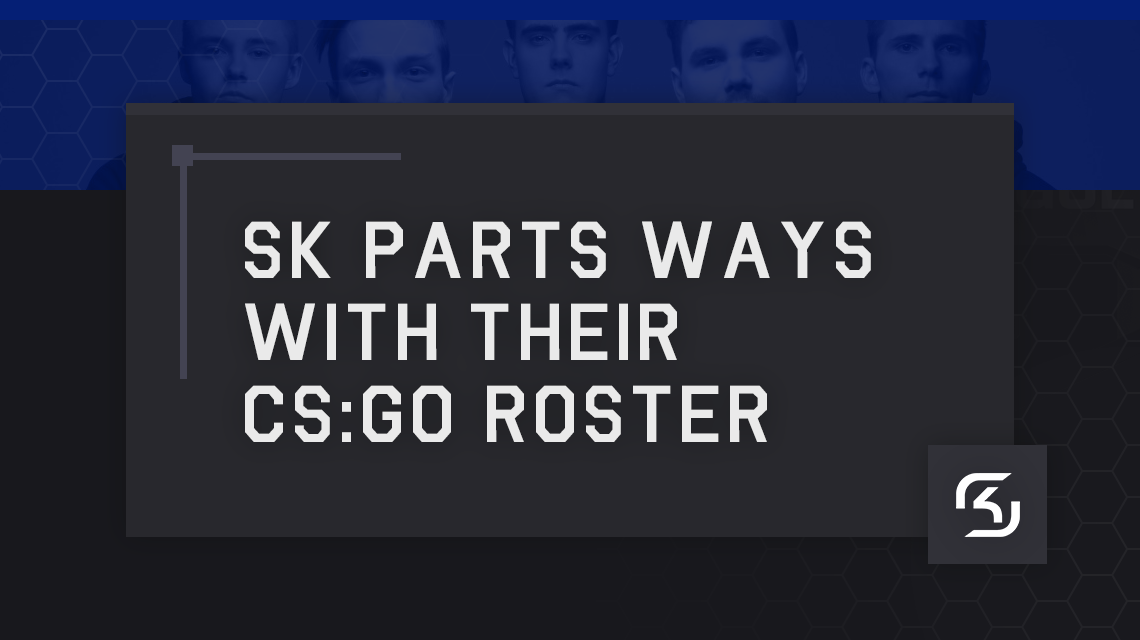 Earlier today, SK Gaming released a statement via their website that they will be parting ways with their Danish Counter-Strike: Global Offensive roster. The player’s contracts will be expiring June 30, which is when they will officially no longer be a part of the organization.

The SK Gaming roster did not see too much daylight in terms of tournaments, except for recently placing second at CEVO Gfinity Pro-League Season 9 Finals and top-six at DreamHack Summer 2016.

SK Gaming also participated in the first season of ELEAGUE, placing second in their group with five wins and four losses, which placed them above Counter Logic Gaming and NRG eSports. Sadly, they did not place high enough to be able to attend ELEAGUE’s Season 1 Finals.

Recently, the roster lost one of their best players, Jacob “Pimp” Winneche, to Liquid on June 15. This was a massive hit for them due to him statistically being the second best player on the roster.

“I have rarely seen a team that deals with setbacks as good as this group of players,” SK Gaming’s Managing Director Alexander T. Müller stated. “The mentality they have shown during our time was really outstanding.”

There currently have been no announcments or hints by any of the players where they may end up after their depature.

Where do you think SK Gaming’s players will end up? Let us know in the comments and make sure to follow us on Twitter, @GAMURScom, for live coverage and other esports content.