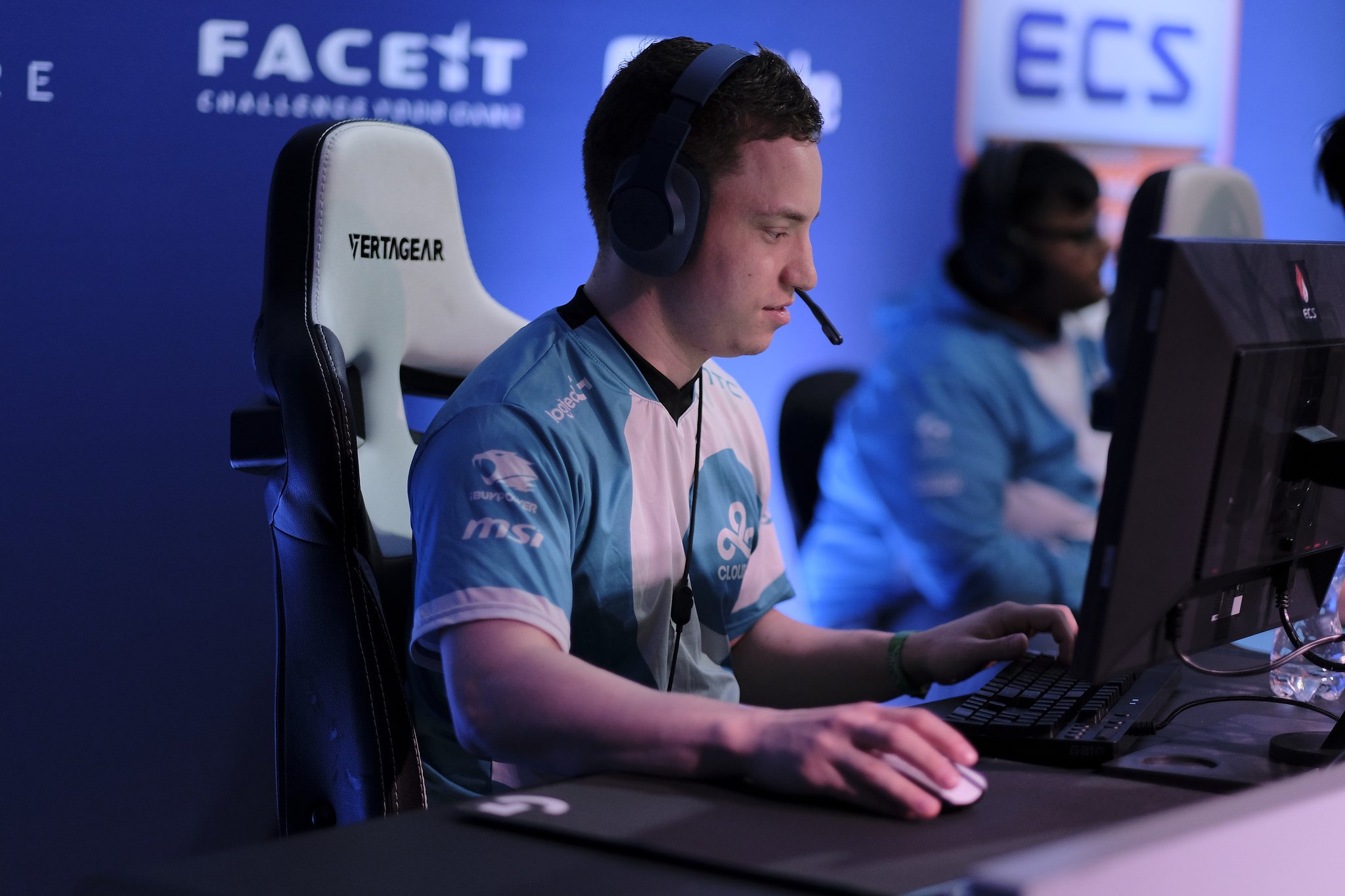 Cloud9 were eliminated from the ECS Season Five Finals yesterday after a disappointing 0-2 group stage run in London.

The North American favorites lost a best-of-one to Astralis and a tight best-of-three to Fnatic, which ultimately resulted in their departure from FACEIT’s $660,000 event. Notably, this was the team’s last event with Pujan “FNS” Mehta, since they decided to have Tarik Celik move back into the in-game leading role.

Related: Liquid and FaZe are through to the playoff stage at the ECS Season 5 Finals

C9’s Will “RUSH” Wierzba spoke with Dot Esports and several other outlets—including Blitz Esports, Unikrn, and VP Esports—in a brief Q&A session on June 7 before the event began.

Blaze “draulon” Lengyel from Unikrn: Would you be willing to consider players outside of North America?

RUSH: We’re considering players outside of NA. I can’t obviously say which ones, but I’m sure you guys know them. And these players are really experienced. We’re really weighing our options and we haven’t decided on a fifth yet. It’s still in the works, and we’ll kinda just play it by ear and see what we can get.

Jamie Villanueva of Dot Esports: How is the team vibe feeling now that FNS won’t be with you for long? From my understanding, it was a mutual agreement to part ways.

The team vibe isn’t that bad [with FNS]. He’s a good guy and he’s easy to get along with, so he knows that there was no hard feelings… I’m sure he’s here to prove that he’s a good player, which he is. He has no reason to play bad or be mad or something like that. Practice has actually been better with him, even though he isn’t on the team technically he’s kinda standing in right now. But he’s been playing really well while not [play] calling because Tarik is calling in our practices. It wasn’t really mutual. We kinda decided on it ourselves, but I think that he knew it kinda was coming because we weren’t playing that well obviously. It wasn’t like his calling was bad. He just wasn’t fitting in that well in terms of the style that he wanted to play and the style that he wanted to call. We were kinda just mismatching.

Dot Esports: How do you guys intend to improve over the next few months? Obviously you’re expecting a new fifth soon and that’ll need some time for adjustments.

To improve over the next few months, we gotta get a player that we want that we’re 100 percent in on. We don’t want to half-ass it with a player we’re not sure on, and maybe get a new player or whatever. Whatever player we get, we want to make sure it’s a long-term thing that we’re gonna improve at a better rate than we have lately.

Dot Esports: What other NA teams do you think have the potential to reach the level that NRG [Esports] and [Team] Liquid are at right now?

In terms of NA teams that I think have the potential to reach the top tier like NRG and Liquid, I think that probably maybe compLexity. They picked up [Shahzeb “ShahZaM” Khan] and [Peter “stanislaw” Jarguz], and those are players I’ve played with in the past. I know their potential, and they’ve had problems in the past… but I’m sure they’ve matured over time and they’re ready to settle their differences and improve. We played them in practices and they seem to be playing really well.

I’m trying to think of other NA teams that are out there… Luminosity has been playing pretty well. I think they’ll be really good with [Lucas “steel” Lopes]. Give them time and they’ll be good as well. They’ve already proved that they can beat top teams as well.

Those are two teams that I would say could really break through.

Note: Portions of the conference call are cut out due to technical issues related to the audio.