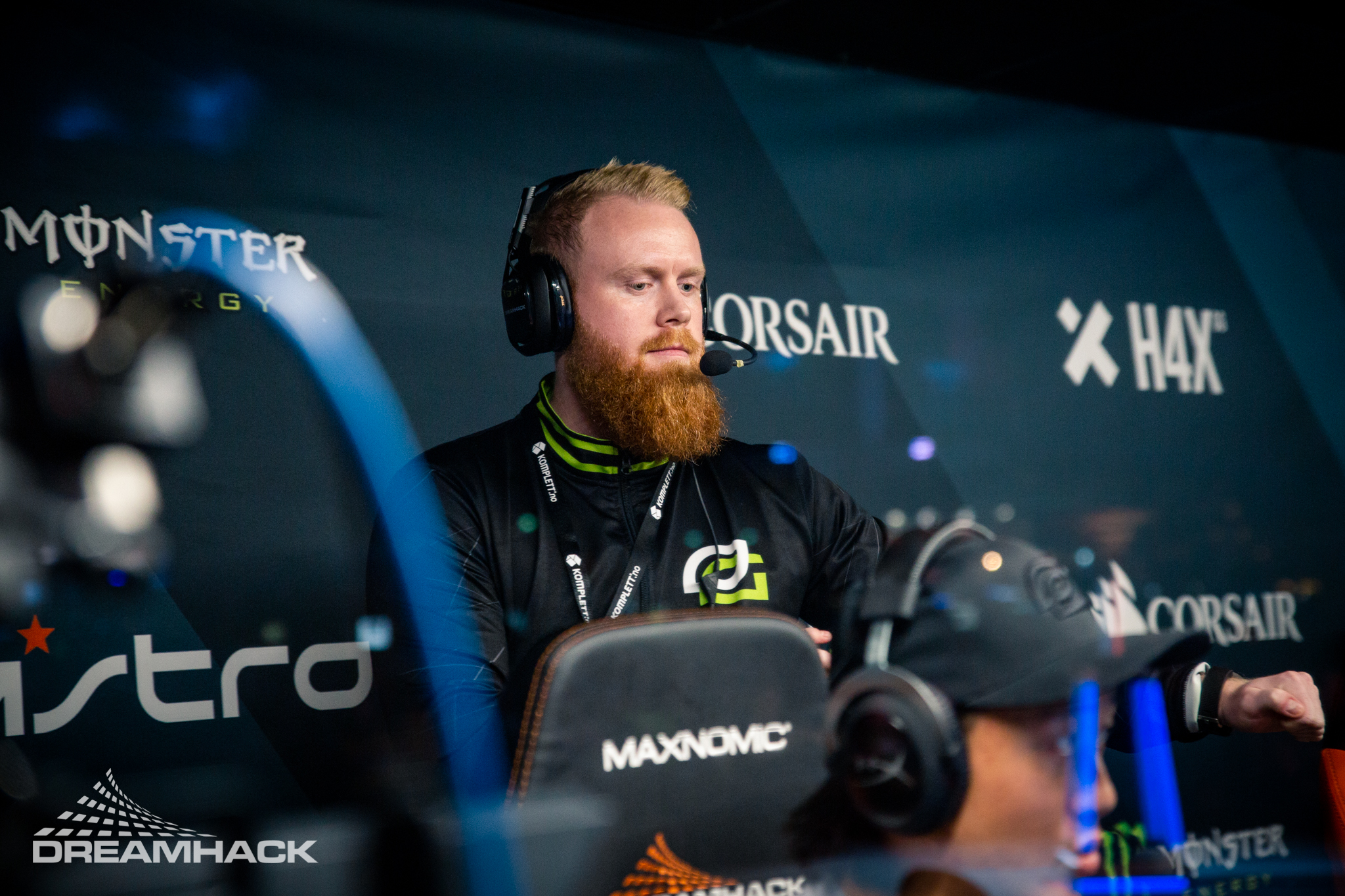 OpTic Gaming made its return to the Valve Major circuit by placing top-two at the European Minor Championship, but things seem to be looking bleak for them heading into the FACEIT London Major this week.

Last weekend the Green Wall were eliminated from DreamHack Masters Stockholm during the group stages. They won only one map the entire weekend, winning vs. Fnatic and losing to FaZe Clan and Heroic in two best-of-three sweeps. Going into the $1 million Major, which started today with the New Challenger stage, OpTic will need to step up their game to avoid another early exit in their second straight tournament.

Despite not meeting expectations, OpTic Gaming coach Casper “ruggah” Due said that their poor performances can be attributed to a multitude of factors. Dot Esports spoke with ruggah on Sept. 4, prior to the start of the FACEIT London CS:GO Major.

You guys had a rough time at DH Stockholm, with a one-sided loss to FaZe and a close loss to Heroic, what would you say went wrong from your perspective?

I think we’ve got a mix of rust and people not doing what they’re supposed to do in certain key moments in tactics and such, and that’s been hurting us a little bit both at DH Stockholm and ZOTAC Masters. Because when we review the demos afterwards, it’s the little things that flips the half the other way around. That’s some of the things we’ve been working with, like during Stockholm and afterwards, trying to control the moments more than just let it slip away. That’s been one of the points, and [with] some of our people’s hours, we’ve had so much traveling that’s been hard to stay on pace with some of the other teams that have been practicing for two weeks. So yeah I think we’re figuring out as the days go by that we need more hours [of practice] individually on top of practice. And also own our strategics.

You made a Twitlonger after you were eliminated addressing some criticism and rumors around your team. Why did you think that was necessary?

We needed to emphasize that we actually had a good run during and after the Minor, where we had a very good run of form where we showed, not only to ourselves but to everyone else that we are capable of taking arounds against some of the best teams even [while] under pressure. Some [fans] have forgotten that during the break because we prioritized wrong when you look back at it, like going to ZOTAC in Hong Kong instead of [having] one [more] week’s practice, and I think that might have put our individual skill a little in the background, going to the fact that we prioritized wrong … so i just wanted to make to sure that everyone in the OpTic fanbase knew that we’re doing everything possible to get back on the horse and drive out our good form, because it’s not our best form and this is not our peak, and I just wanted to calm everyone down and to express my feelings that we’re doing everything possible. And also that I have faith in the guys. Sometimes when you have rough periods, you lose confidence really really fast, and I wanted to make sure that they [the fans] knew it on social media as well, that they’re doing everything they can to get back in form.

Your old team, North, just won DH Stockholm. Was there anything in particular about MSL’s style of calling that caught your eye, compared to when you were on the team?

I think the style of play on both sides are quite similar to when I was on the team, but it’s basically the CT sides. What North have been doing with MSL AWPing is that they’ve created two strong sites with him as the runner [rotator] in between, taking opening kills on his terms. [It’s based on] the fact that MSL hasn’t really been one of the best riflers, when going up against some of the best riflers in the world, he obviously will lose some duels, and that has hurt North’s CT sides a lot. Because when you look back on it, even when I was on the team, we always got a lot of T rounds, and I think that the philosophy is quite similar still. They’re running a little bit more fakes [executes] now. But basically it’s the CT sides that have been really looking strong. On top of that, some of their individual players seem to have found the recipe for their own success. Aizy seems like a player to have shown his form in glimpses when I was on the team. He’s found more success, maybe putting in more hours and developing his game, but he seems like a better player now than previously, when he had his form going up and going down. He seems like a solid player now.

Going into the Major, what are the team’s overall expectations? Are you taking it one step at a time, making playoffs, etc?

To be realistic with previous events in mind, my personal goal is to advance from the first week and see how the second week prevails. In these kind of tournaments, it’s always hard to predict who will come in strong and finish weak or become a tournament team that develops during [it]. So we need to dodge the first bullet, and that’s advancing from the first stage. Because if we do that, we will have enough confidence and self-belief to create some upsets in some of the worst matchups in the second week. I think we are prepared for that. So I hope we can advance from the first week and that anything can happen. I know it’s a cliche, but it’s what we need to aim for. Because we need to build up the confidence and become the tournament that develops week by week.