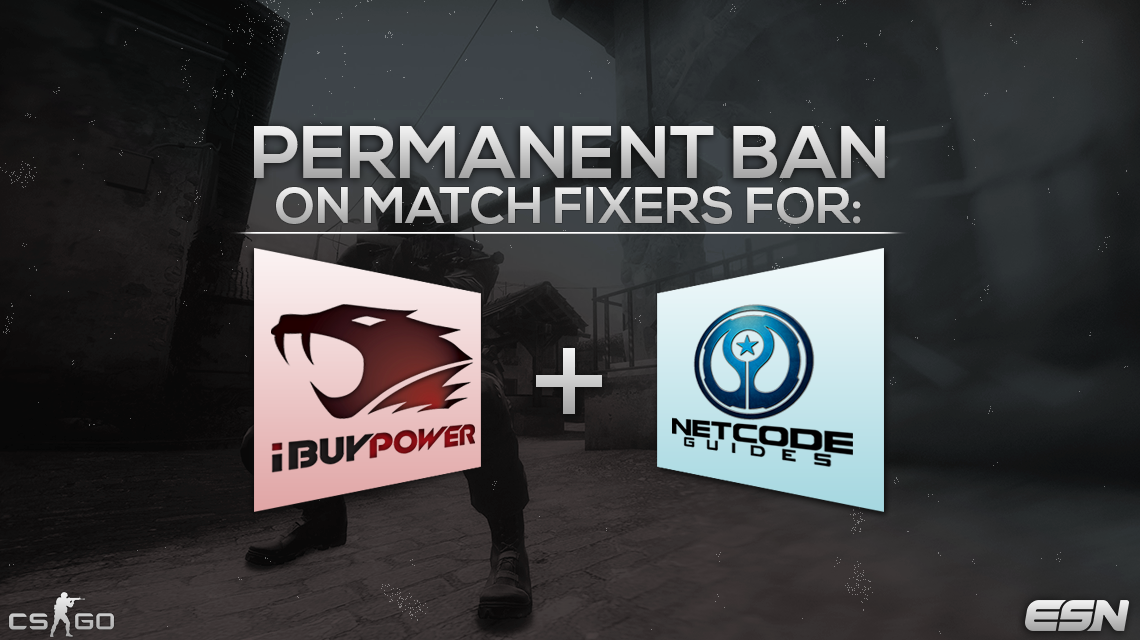 Almost one year after several players received bans for fixing matches, Valve Corporation has finally confirmed that these will be permanent bans and they will no longer be permitted to compete at events sponsored by Valve themselves. The players who have been banned include:

The team members were accused of match fixing during a game in CEVO Season 5; an investigation done by Valve found that a substantial number of high valued items were won from that match by “cud” and were transferred (via dboorn) to iBUYPOWER players and NetCodeGuide’s founder, Casey Foster. This information also landed Foster a permanent ban for his involvement in this series of trades. To put this into perspective, the players could have earned approximately $10,000.

Back at the start of 2015, Valve issued a statement that read, “Professional players, their managers and teams’ organization staff, should under no circumstance gamble on CS:GO matches, associate with high volume CS:GO gamblers, or deliver information to others that might influence their CS:GO bets.”

With the perma-ban hammer falling on these alleged match fixers, it’s fair to say Valve is sending a very clear message: Big brother Valve will never let cheaters prosper, no matter who they are.

What do you think about these bans handed down by Valve? Let us know by commenting below or tweeting at us @eSportsNation.