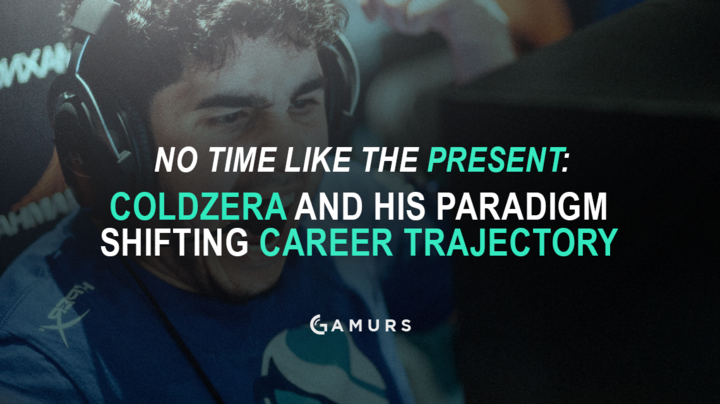 Esports, as a collective subculture, moves at a breakneck speed to keep up with the constant compounding crescendo of its own popularity. When you zoom in on the various games that make up the cogs of the overall esports machine, and more specifically, at one of the large cogs in CS:GO, the sheer amount of raw data to consume about players and teams can feel like an unfiltered barrage. Whilst this is in part due to the packed to bursting tournament schedule, it is also due to the global nature of Global Offensive as a game. With up and coming teams plaguing the bottom end of the rankings with their own domestic styles of practice and play, they constantly add a new dimension that established teams must adapt to, and create a volatile environment of change. As a direct result of this perpetuating flow of information to consume and constant shifting of teams within an already tentative order, time doesn’t move within the CS:GO space the same as it does in the real world. A year for a player in Counter-Strike might as well be a lifetime. Outbreaks of form are as brilliant and cherished as they are short-lived. The time to capitalise is ephemeral.

Considering this evanescent nature of esports, many call it with both equal amounts of disdain and affection “The Wild West.” The consistent tectonic shifts within the scene that give it this infamous title can cause the downfall of legends overnight, and the creation of new ones the next. Whilst this is a chaotic and daunting environment to enter into with a marketing budget in hand, for someone who loves watching an incessant and ostentatious display of individual skill in an open space – there is no scene better. David “Coldzera” Marcelo is the player who best embodies this constant ebb and flow of competition, and a capitalisation on the Wild West mentality, that so many cite as the focal point for required change within the scene.

Whilst this is a chaotic and daunting environment to enter into with a marketing budget in hand, for someone who loves watching an incessant and ostentatious display of individual skill in an open space – there is no scene better.

There are few players, if any, whose arrival into the CS:GO space and then continued success came as subtly or as enigmatically as coldzera. For the isolated fans in Brazil, I’m sure the name coldzera permeated throughout forums and as topics of conversation, but for the vast majority of Western fans, the name couldn’t be more unknown. It seemed contrary to any ideals that a twenty-year-old could be invisible to the eyes of the greater community one day, and then for his debut tournament be playing on the world’s biggest stage – ESL One: Cologne 2015. What’s even more peculiar is that in this debut tournament he held his own, shot for shot, against the absolute apex of Counter-Strike competition at the time.

A standout performance like that would within itself deserve merit, but it’s not even the part that people talk about when looking at coldzera’s career. Because, that was just the genesis of something bigger. A foundation to improve his own game and become a better player.

After Cologne, online North American competition was chastised by this Brazilian’s will. Coldzera refused to be molded into the archetype rookie. He had been born into the pro-scene in a fiery crucible of LAN pressure, fan expectations and high-level teammates. Online, offline, Major, it was all the same to a man who had been thrown into the deep-end, and whilst innately talented in-game he had a more intangible talent outside of it. It is hard as a spectator without knowing the specifics of coldzera as a person to try and pinpoint the exact metaphysical nature of his attitude that leads to success, purely based off of just watching the games; however, one key thing stands out: his confidence.

There is no hesitation in peeking or taking individual aim duels when analysing his movement in one on one scenarios. Whether it be with the AWP, rifle or pistol, coldzera refuses to become a victim of circumstance and will control the pace of a game to his team’s liking. A truly unique and impossible to find quality within veteran players, let alone a new addition to the pro scene. He took this raw confidence to the highest degree and played out the rest of 2015 in spectacular fashion. Having standout performances at Dreamhack: Cluj-Napoca, FACEIT Stage 3 Finals and the ESL Pro League Finals, it became impossible not to assign him Rookie of the Year, despite only being active for a little under four months.

Whether it be with the AWP, rifle, or pistol, coldzera refuses to become a victim of circumstance and will control the pace of a game to his team’s liking.

A New Year didn’t bring about new ways for coldzera, only a more refined and pure version of his confident play. With his team – that now included TACO and fnx – Luminosity had started a blitzkrieg-like offensive on the top end of the scene. Being able to trade maps with the best teams in the world, the Brazilians were amongst the elite and came into MLG Columbus as favourites to finish top four or higher.

Looking back throughout history, the most legendary players are the ones who prove themselves on the most legendary stage. Whether it be pashaBiceps at EMS One Katowice 2014, olofmeister at ESL One Katowice 2015, or flusha at ESL One Cologne 2015 to cement yourself in the pantheon of greats, you need to be able to peak in-game under the highest amounts of pressure. Fortunately, for coldzera his entire pro career had been played under the thunderous blanket of stadiums of screaming fans.

“Ah you think the fans are your ally? You merely adopted them for the big tournaments. I was born listening to their screams of adoration… moulded by them. I didn’t hear silence until I was knocked out in groups at Malmo, by then the silence itself was deafening!” – Coldzera talking to Christian Bale

So, coldzera on the biggest stage put up his biggest performance. By far and away the most consistent force for his team, the Luminosity roster made history and became the first non-European team to win a Major title, and coldzera was awarded the MVP of the tournament, cementing himself as the number one player in the world.

This reign of form as the premier player on the most premier team hasn’t stopped. Combining his jack-of-all-trades playstyle with a known and feared confidence, surrounded by the most elite teammates in the world and playing under a well-defined, systematic tactical approach, there seems to be no end to his exponential growth. Although contenders have staged coups and other ungodly talented players like Niko, s1mple, and shox have, for periods of time, knocked him off that perch since Columbus, coldzera has remained unassailable. Add to his form and teams model for winning, a resume that is as draped in gold as it is in dominant performances and you have the base to become not only the best player in the world right now, but of all time. The most ludicrous part of this entire story is that technically his ‘rookie year’ finished a month after winning his second Major – ESL One: Cologne 2016 – in back-to-back fashion.

No other player in the history of CS:GO, or to my memory, the history of Counter-Strike (although I could be wrong there), can boast as much success, over such legendary teams like – Na`Vi, and Fnatic with dennis at their most dangerous – than coldzera. He truly transcends any mould or label you might place on a player of his calibre, he is a once in a lifetime player that found the absolute perfect environment to succeed – and did just that. This within itself isn’t the most exciting part, the real tangential thread that makes watching coldzera all the more exciting as much as it makes it nerve racking, is the question how long will it last? No player can maintain form forever, but a select few can maintain it for what feels like a lifetime. So as long as his team stays strong, coldzera adapts to any meta changes, and a new force of nature doesn’t cause another tectonic shift – which due to the nature of esports could easily happen – then coldzera is on track to become the new king of the Counter-Strike franchise.

What are your thoughts on coldzera’s time in Counter Strike? Let us know in the comments below or by tweeting us on Twitter @GAMURScom.

Want to read more of my work? My entire article index can be seen here: http://steamcommunity.com/id/melitmax