NiP has lost its identity without f0rest and GeT_RiGhT

Will NiP ever have another franchise player like these two? 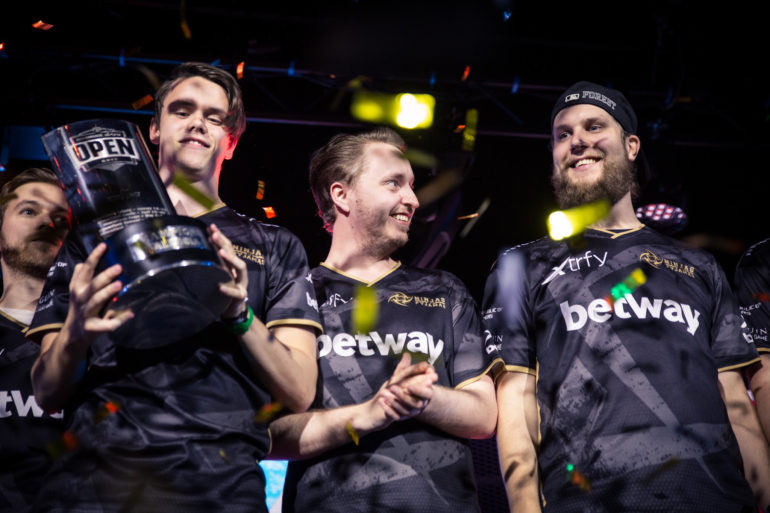 Legendary CS:GO player Patrik “f0rest” Lindberg signed with Dignitas today, ending his over seven-year stint with Ninjas in Pyjamas. With that, the last player from NiP’s original lineup assembled in 2012 is moving on.

NiP already lost part of its identity last year when Christopher “GeT_RighT” Alesund was replaced by Simon “twist” Eliasson in September. The other players from the original lineup—Richard “Xizt” Landström, Adam Friberg, and Robin “Fifflaren” Johansson—were important as well, but f0rest and GeT_RiGhT came from a successful career in Counter-Strike 1.6 and were already considered legends in 2012 when CS:GO really took off.

GeT_RiGhT and f0rest were the faces of NiP’s Counter-Strike team and made thousands of non-Swedish fans become NiP fans when they dominated the scene in 2013. Aside from winning several titles, you can’t forget about the sponsorship deals and social media content. And what has NiP done to praise its two legendary players? Almost nothing besides a quick farewell on social media.

Franchise players aren’t a common thing in CS:GO and it’s rare to see a player staying more than five years within an organization. Time goes by much faster when it comes to esports and many players struggle individually once they get older since the game requires hours of daily practice.

GeT_RiGhT hasn’t been in prime form for at least three years and NiP was probably right to cut him and try a new player. But f0rest was the most popular and highest-rated player on NiP in 2019, according to HLTV.

Maybe it was impossible to keep f0rest on NiP if he intended to play with GeT_RighT, Xizt, friberg, and Fifflaren again on Dignitas, but NiP should’ve done better. Legendary players like f0rest and GeT_RiGhT are rare and will turn up only once in a while. These two deserved at least a showmatch to celebrate their achievements with NiP.

GeT_RiGhT and f0rest defined what it meant to represent NiP for over half a decade. But now, with them moving on to Dignitas, a new era of NiP CS:GO has officially begun. Fredrik “REZ” Sterner has been with the Ninjas since September 2017 and is now NiP’s long-standing player.

REZ has the skill to single-handedly win games for NiP, like he did at IEM Oakland in 2017, where he finished as the MVP and carried NiP to its last tier-one championship. But he also lacks consistency. If REZ really flourishes in 2020, he can be the new face that NiP needs.