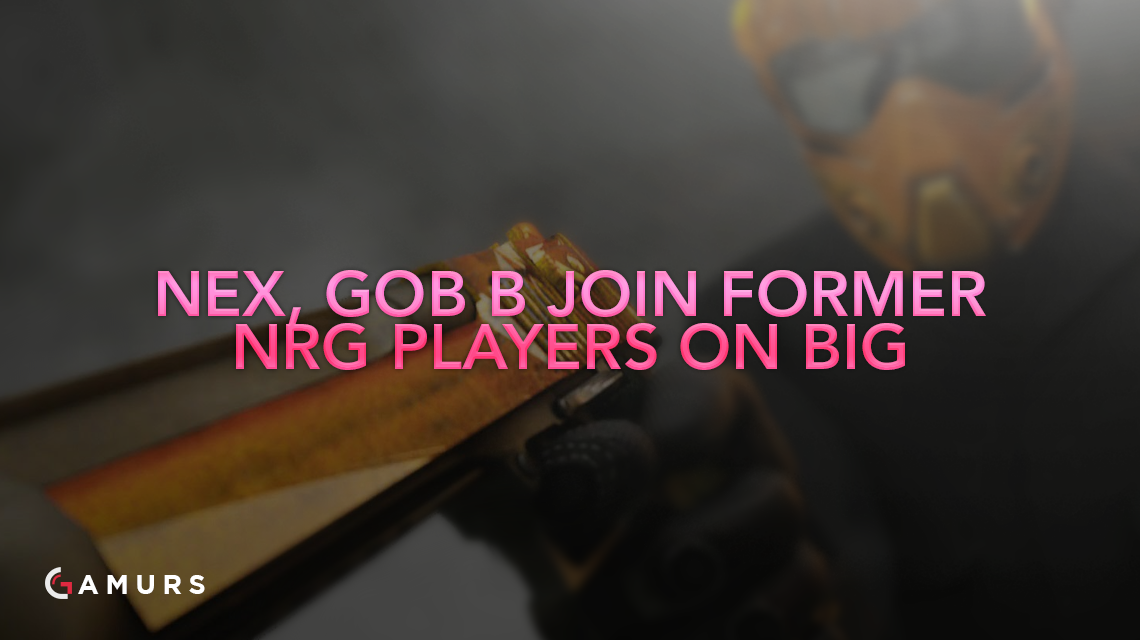 Three players from NRG have come together with Johannes “nex” Maget and Kevin “keev” Bartholomäus to form a new player-owned organization: BIG.

The trio from NRG who will now appear under their own team, BIG, are Faith “gob b” Dayik, Johannes “tabseN” Wodarz and Nikola “LEGIJA” Ninić. This roster move sees the German star nex return to action, who was once thought of as one of the hottest prospects in Germany before his level of play seemed to decrease, ultimately leading to mousesports removing him from their team, but not the organization.

Both nex and keev had to be bought out of their contracts with their respective teams to faciliate this team’s realization, but with the German star revived on a team full of both strong aimers and leaders, such as LEGIJA, who has coached before in his career, and gob b, who was one of the most highly thought of in-game leaders during his tenure with mousesports, the future looks bright for BIG.

What do you think about the BIG roster? Let us know by commenting below or tweeting us  @GAMURScom.

The author, Cam “clootch” Brierley, can be reached on Twitter @clootch_cs