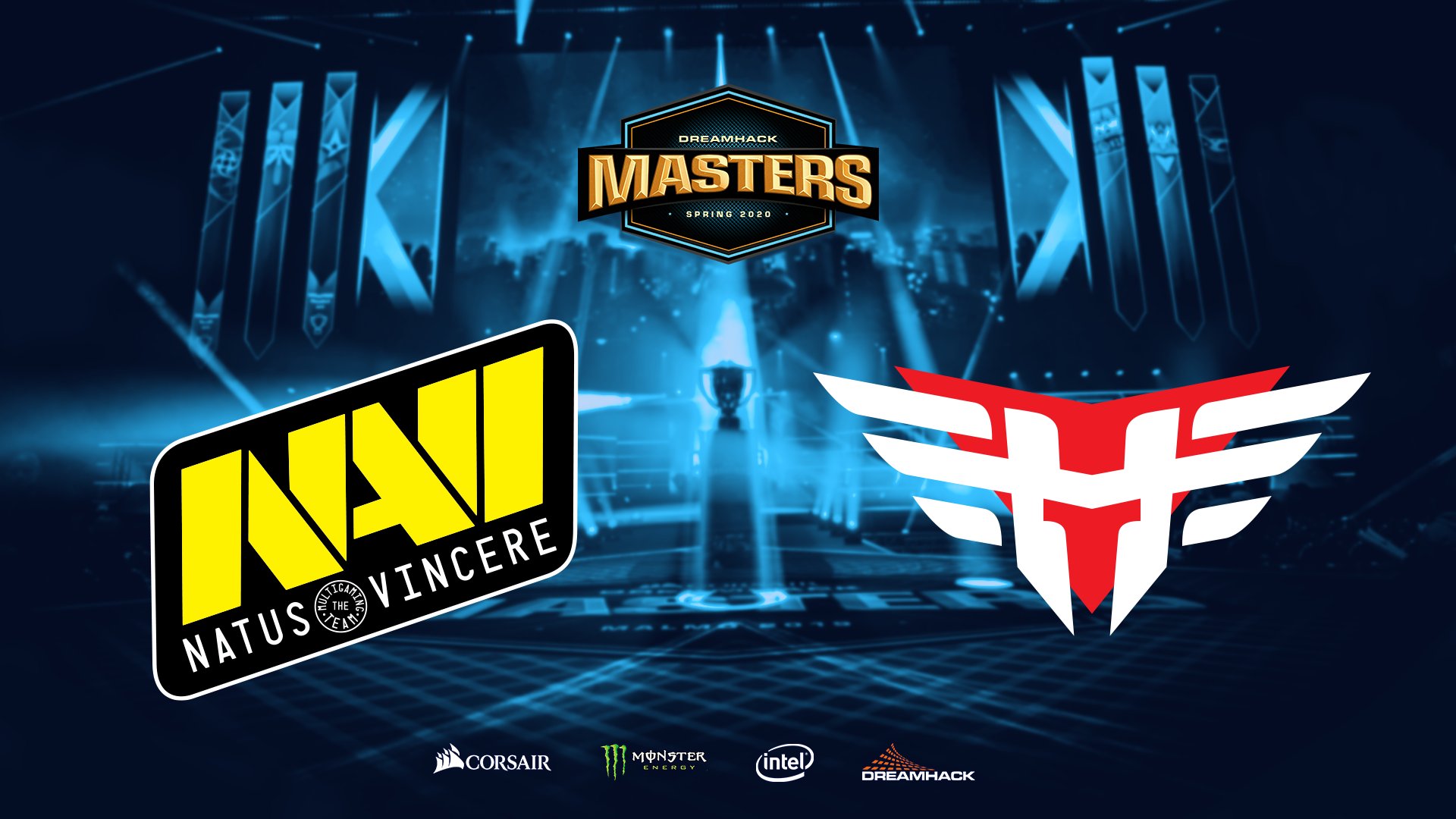 Earlier this month, DreamHack announced that the tournament will be played entirely online with split regions to replace DreamHack Masters Jönkoping.

The European competition will take place between May 19 and June 14 and will offer a $160,000 prize pool. DreamHack Masters Spring will also host competitions in North America, Oceania, and Asia with a $300,000 total prize pool.

The list of invited European teams contains some of the best CS:GO squads in the world, such as Na’Vi, who are the No. 1 team right now, according to HLTV’s world rankings, and other top contenders like Astralis, Fnatic, mousesports, and G2.

There are only two spots up for grabs through the qualifiers. DreamHack has revealed that the qualifiers will take place between April 16 to 20. The open qualifiers will feature an unlimited single elimination best-of-one bracket with decider matches being played as best-of-three series.

The closed qualifier, on the other hand, will feature four invited teams and four teams from the open stage. It’ll be played in a double-elimination best-of-three bracket with the top two teams advancing to the main tournament.