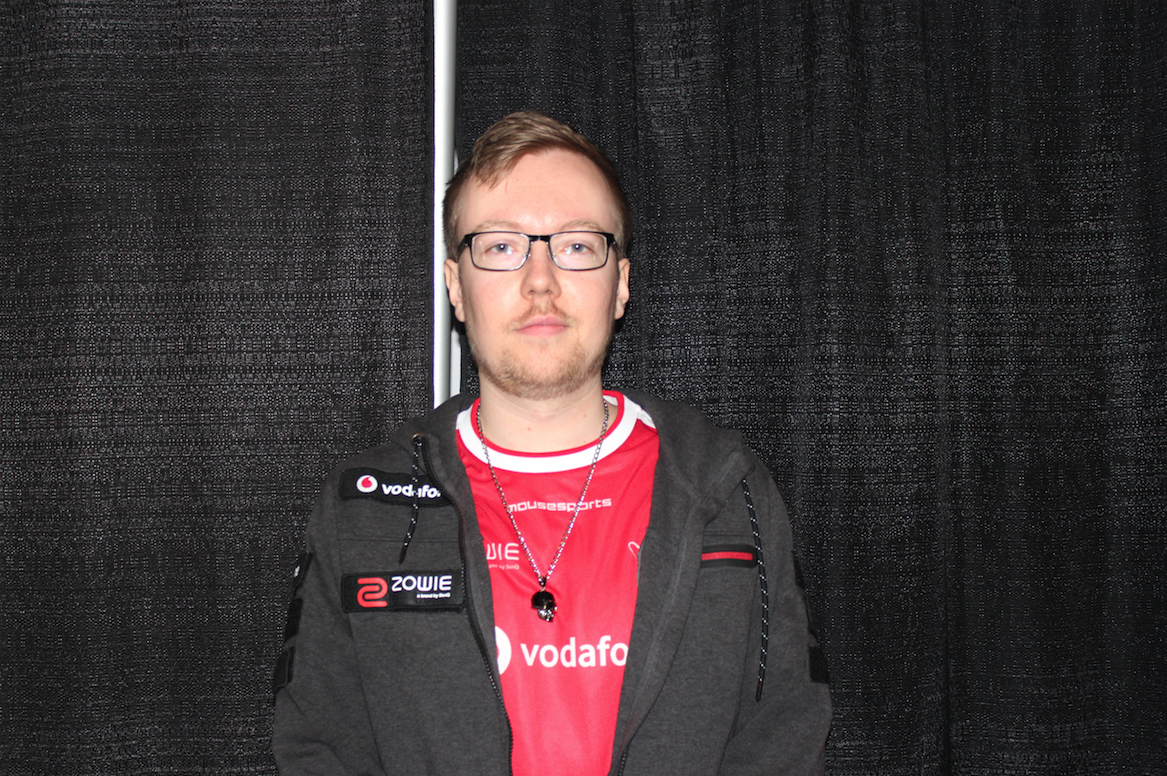 Mousesports qualified for their first ever Major playoff stage earlier this week, and Chris “chrisJ” deJong and co. are looking for vengeance over FaZe Clan.

At the ECS Season Four Finals, FaZe claimed their last title of 2017 over Mousesports. The rising stars of Mouz were so close to upsetting the European juggernaut in the grand finals in three maps, but FaZe’s firepower was too much for them to outlast. The team of veterans took home the ECS title, leaving Mouz with both a runner-up spot and a thirst for redemption.

ChrisJ sat down with Dot Esports before their big rematch against FaZe Clan at the ELEAGUE Major: Boston, which is set to go down at 10am ET on Friday, Jan. 26.

How’s the team feeling going into your first Major playoffs?

Everybody’s feeling happy and confident. I think I’m the most happy and relieved that I finally made it, because none of my teammates obviously haven’t been at Majors often. I think all of them have only been at two or some only at one. This is my eighth Major now, so I’m really happy finally to have made it to the playoffs. But the rest of the team is also really glad that we managed to pull through, especially in the last day. We had it in our hands to beat Quantum Bellator Fire and we lost in the end, but we really came back to really fight for our last game [vs. Space Soldiers]. It was a really good feeling that you can come back from such a down phase.

Everyone’s feeling good now. We also like to play against FaZe Clan. We’re happy with the draw. Obviously, it’s not easy, but no team is gonna be easy in the playoffs. We’re ready to play them.

With the new guys–ropz, suNny, and STYKO–joining oskar and yourself, what’s their mentality like, especially with you in-game leading for a while now?

Ever since NiKo left it’s been a transition for me and for everybody. In general, it’s not like I’m leading so strict…even though many top teams have more people giving ideas when they see an opportunity.

Ropz, suNny and STYKO have been really willing to work hard and to learn a lot on how to improve as a team. They might be young, but in that sense, they’re being really mature and they’re really showing that they’re willing to take a beating at the top level. It’s been really great to work with them.

Keeping in mind that you fell short against FaZe at ECS, how have you guys prepared to play them in the first round?

What are your expectations for the match?

We feel really ready against them, in any case, because we feel their style fits us. We came so close at the ECS Finals. All of our players played really good there, so they’re feeling confident against [them]. So everybody is excited to play them again and prove that we can beat them this time.

You talked a little bit about your loss to Quantum Bellator Fire earlier. How are you going to be able to prevent that same mental block against FaZe?

Against FaZe it’s going to be easy in a way, there’s not going to be real pressure like there was against QBF—you can lose against FaZe. They’re the best team in the world or the second best team. QBF is like a no-name team.

Everybody was before the match saying that we qualified, it’s going to be so easy against them, etc. At first, we didn’t think about it, that’s why we were leading [by so much]. When suddenly they started to get rounds, it started to get to our heads that we cannot lose this game. Then everybody started to play a bit scared, [and] I didn’t call good at all. So I don’t think we will have that problem against FaZe. I’m pretty sure everyone is going to play way more loose and way more confident.