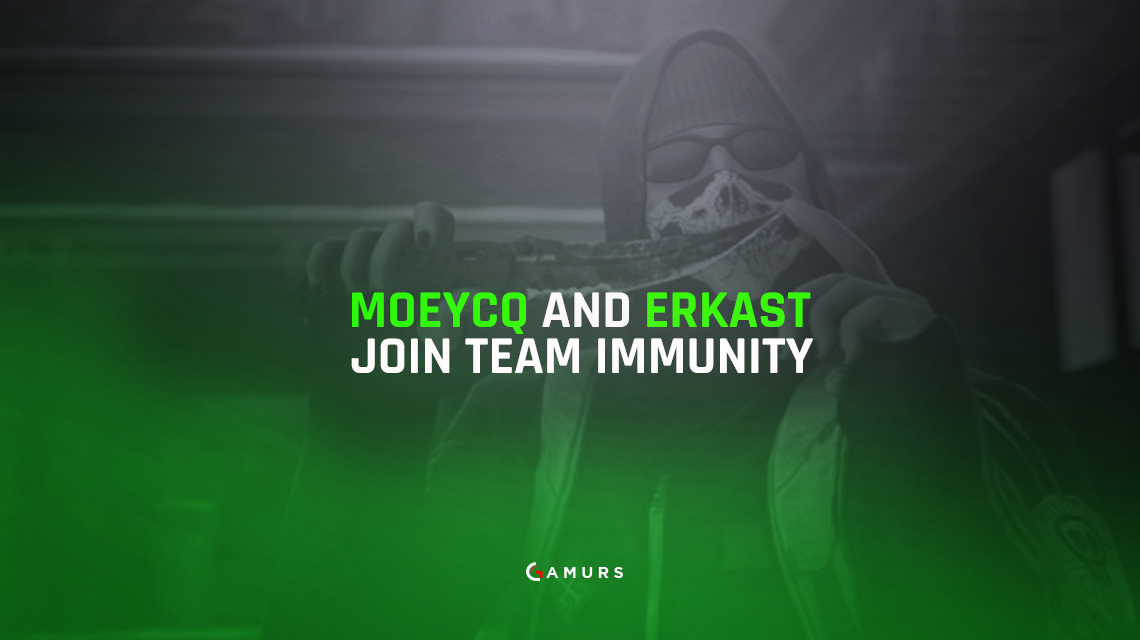 Team Immunity, a team considered to be just below the famous Australian team living in America, Renegades, has just recruited two new players in an effort to change that sentiment. Immunity welcomes Mohammed “MoeycQ” Tizani and Erka “erkaSt” Gantulga to their roster.

“As our CS:GO team and staff prepare for the WCA 2016 Grand Finals in Yinchuan, China, Team Immunity would like to announce our official roster for the event, as well as the foreseeable future.”

Immunity has often been treated like a farm team. Their entire roster was lost to Winter Fox, an organization with quite a sum of capital and they lost their star player, Ricky “Rickeh” Mulholland, to Renegades last year. Immunity hopes that these two new players will propel them to a greater standing within the Australian and international scenes. They hope to begin that change in attitude, starting with the World Cyber Arena Global Finals.

Important things to note about these two players

MoeycQ is a player with a little bit more tenure than erkaSt, but not by much. The former Chiefs player and mOE lookalike is an explosive star within the Australian scene.

The lineup competing at WCA is as follows: