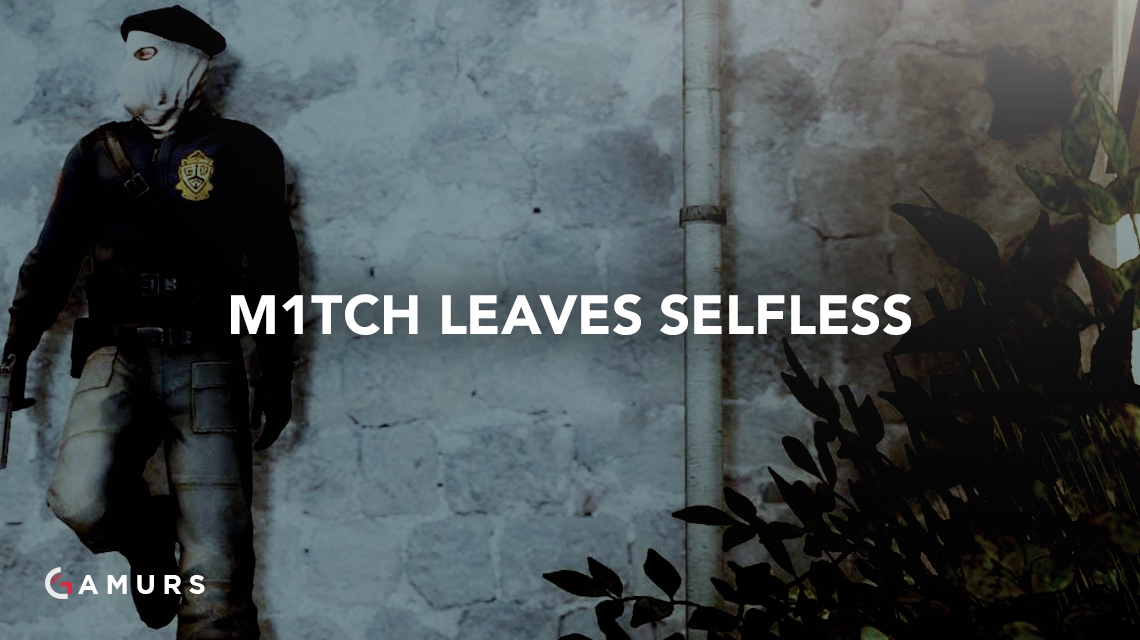 The owner, coach and manager of Selfless, Steve “Ryu” Rattacasa, announced in a blog post that it was a mutual decision for m1tch to leave the team.

That said, after discussing with the team and with Mitch directly, we’ve decided it’s best for both parties to part ways, and allow Mitch to pursue other opportunities. We’ve thoroughly enjoyed competing with “Uncle Mitch,” and wish him nothing but the best in his future endeavors.

The reasons for the roster change are unknown at this time, as they often are, and since Selfless has not been competing very much, it is difficult to even guess as to the reason for the change, unlike SK, who has been under a very bright spotlight. With present information, it appears that they separated on good terms.

Also in the post, Ryu mentioned that the female Selfless team will be making a roster change as well.

Who should Selfless look to as m1tch’s replacement? Let us know in the comments below or tweet us  @GAMURScom.