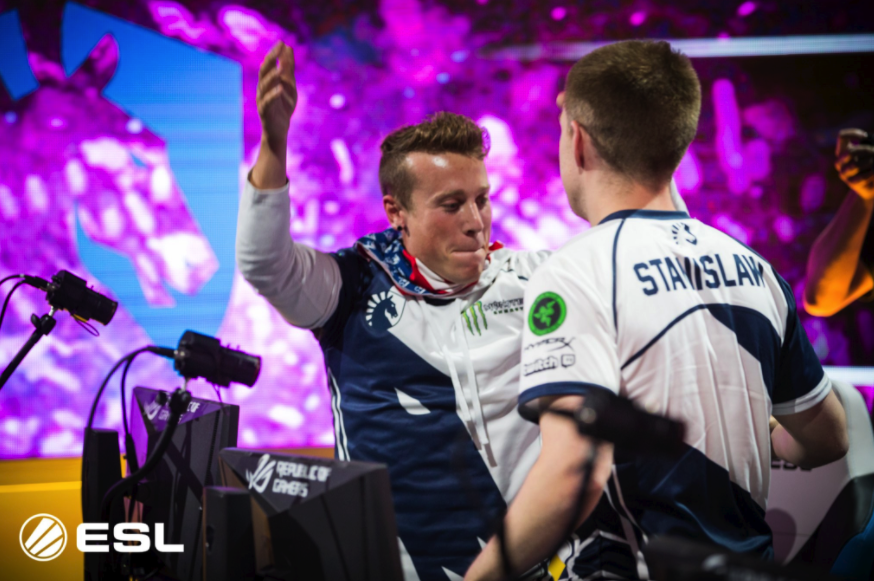 A North American team is headed to the grand finals of an ESL One event once again, and many more “USA” chants will be heard in New York.

Team Liquid shocked the world earlier today with a 2-1 win over SK Gaming in the semifinals on day two of ESL One New York. They beat SK on Inferno and Cobblestone in two tight finishes late in each map.

Liquid kicked off the semifinals on Inferno with a powerful 11-4 Counter-Terrorist side, but SK found their way back into the game after switching sides. Regulation ended shortly after, and SK forced overtime following a defensive comeback. Marcelo “coldzera” David saved the Brazilian side at 17-18 with a 14 HP one-on-two AWP clutch to force double overtime. Despite his efforts at 42 kills, Josh “jdm” Marzano tied him as the server’s top frag with three 3Ks and one 4K, in Liquid’s map one win at 22-18.

The North Americans didn’t put up much of a fight on Overpass, as SK easily closed out the second map at 16-5. A dominant Terrorist side kept them in the series to force map three.

Cobblestone was an intense match for survival, as both competitors fought for economic stability. The first half ended with Liquid at a slight 8-7 lead. Although the Peter “stanislaw” Jarguz-led squad lost the second pistol round, they strung together six explosive Terrorist rounds before reaching match point. A flank from Fernando “fer” Alvarenga brought SK back late in the game, but Liquid closed out the series in round 30 at 16-14.

Team Liquid are continuing on to the grand finals of ESL One New York, where they will face off against the winner of FaZe Clan vs. Cloud9. The grand finals will begin at 2pm ET tomorrow (Sunday, Sept. 17).