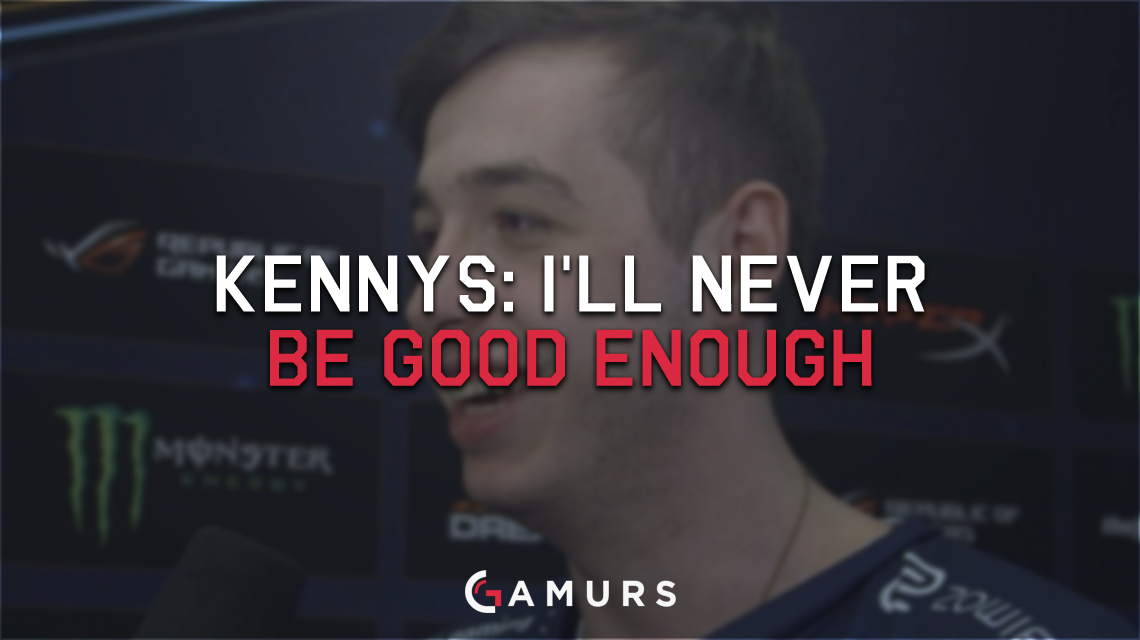 On Sunday, myself and Cam Brierley had the chance to attend the Gfinity Invitational, held at EGX2016. We were unable to go for the full duration of the event, however, the small amount time we had was fantastic. Gfinity, mousesports, and Team EnVyUs treated us to three, down to the wire, maps that ultimately ended with EnVyUs winning the whole tournament.

After EnVyUs’s 3-0 defeat over mouse, we had a chance to talk to AWPer and recently revived star player, Kenny “KennyS” Schrub. Here is our short interview:

Congratulations on your win Kenny, and it was a 3-0 defeat over mousesports. Were you surprised with how difficult the match was?

KennyS: No, absolutely not. We have been pretty shaky since the beginning of the tournament, like against Epsilon in our first game. mousesport has been good quiet recently. I was not expecting to win 3-0, to be honest. Like I said, we have been quite shaky recently, like when they came back on Cache. Basically, our T side has been really weak during this game. But in the end, a win is a win; we will have to work on our T side.

Your star players really showed up today. Apex was getting frags, you were hitting some really sick AWP shots and Happy, who’s not normally at the top of your team, in my opinion, was. Has there been a switch in roles where he has come back to in-game leading, or was it just luck of the draw?

KennyS: Overall, Happy didn’t change much, he is just back to in-game leading. We just switched Devil and NBK on T side. Basically, we are back to basics since we got back from vacation. We are getting better though scrims, so yeah.

Now, cast your mind back to Friday during the Epsilon match. Epsilon is a bit of an up-and-coming team in the Swedish region. They have some good players on there, like Disco Doplon and Draken and such. Did you come into that matchup feeling prepared? Did you think it went as easy as you wanted it to be?

KennyS: We were confident but It was hard to play against them because we have never played them before. They actually showed a lot of skills in their games. It felt like we were better in terms of tactics and mid round calls and stuff. Unfortunately, we lost a map against them, on Cobblestone. I think it was our fault and as I said, we were shaky against them. I was quite surprised because we knew they were really good and in terms of skills, they were really famous, even though we’ve never played them before. But we managed to win pretty easily in the end.

So basically, Connor and I noticed that your AWPing has been picking up. You were hitting some pretty great shots that game and in that series, you picked up some insane 2Ks and 3Ks. Have you been doing anything different in training recently or do you think this has come from Happy going back to in-game leader and you guys going back to basics? Or have you started being a better player?

KennyS: I think that over the past three months, I’ve been getting good, not enough, in my opinion, I will never be good enough. I have just been playing more because I am kinda a lazy guy (a small amount of laughter from us and himself). Sometimes, I prefer to do something else than play because when we train, it is always a long, long time. It’s a cycle, sometimes I won’t do much and then I’ll start playing a lot again. And when I’m playing a lot, I start to get more confidence.

Another thing you said in a different interview was that you were going to be top-five. Another team hoping to be top-five would be mousesports. Playing against them today, do you think they have the potential to do so with their new lineup, with Oskar and their new coach as well.

KennyS: Yes, of course, they have been very good recently, they have been showing good stuff. I think at this moment, we are better than them, but I think we have more experiences and more chances at getting top-five.

I would like to thank Gfinity for helping arrange this interview, as well as KennyS himself. For a man who only 30 minutes ago just won a tournament, he was extremely humble about his opponents. Thank you to both parties for your cooperation.

Were you shocked by KennyS saying he will never be good enough? Let me know in the comments below and make sure you are following us on Twitter for the latest interviews and CS:GO updates at @GAMURScom.