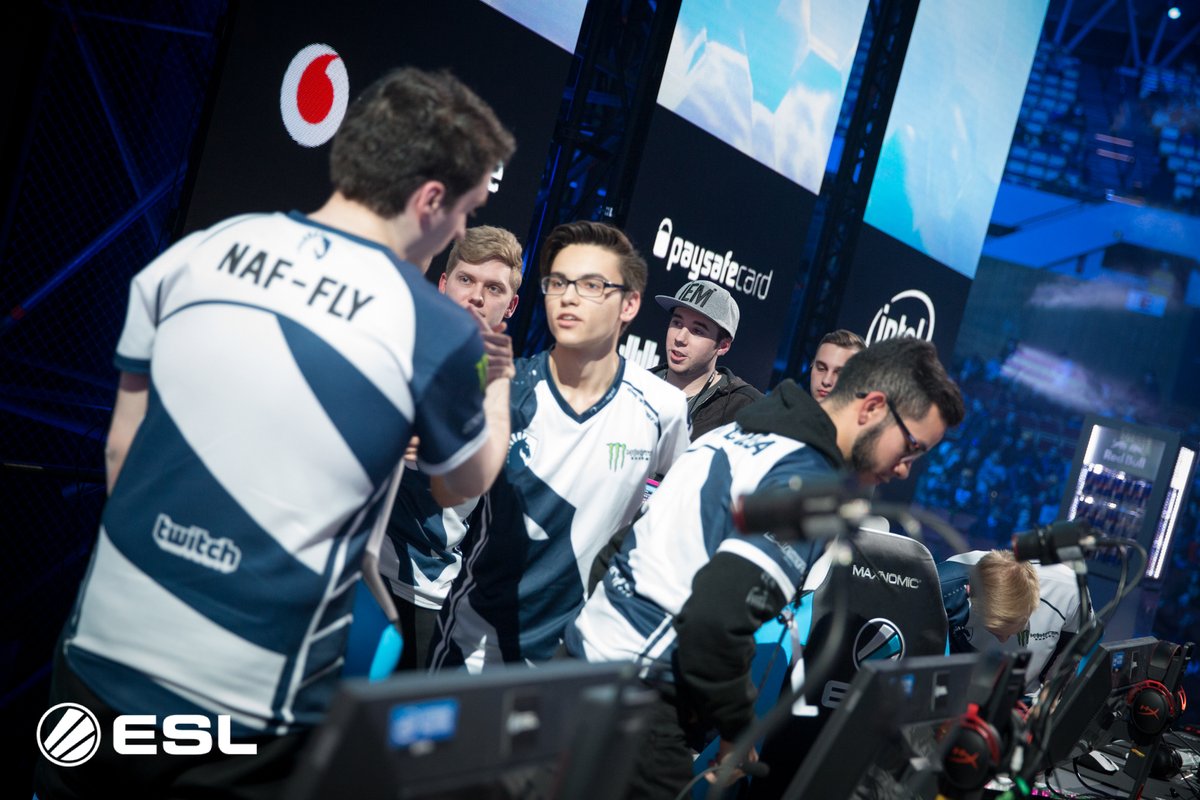 FaZe Clan and Team Liquid are continuing through to the semifinals of IEM Katowice.

In today’s quarterfinal matches, FaZe reigned victorious over Cloud9 and Liquid took down Ninjas in Pyjamas—with both matches going to three maps. FaZe and Liquid will be playing against Fnatic and Astralis, who aced their way through the group stage with 3-0 win-loss records.

The first semifinal of the day was a rematch of the ELEAGUE Major: Boston grand final between C9 and FaZe. Map one Overpass was an absolute slaughter of the North Americans, as FaZe crushed them almost uncontestedly at 16-5. Cache, on the other hand, featured a T side comeback from C9 that ended at 16-13, after they were down 12-5 following a pistol round loss. But the most intense map of the series was Inferno, which was also a repeat third map of the Major final last January.

Both sides traded strings of rounds throughout regulation, but the decider map went into overtime because C9 gave up a 14-11 lead, mostly due to a mid-round technical issue. Three clutches from Will “RUSH” Wierzba, Jake “Stewie2k” Yip, and Tyler “skadoodle” Latham put C9 ahead 18-15. Following their series of clutches, Ladislav “GuardiaN” Kovacs won an extremely close one-on-one against Stewie2k to keep FaZe alive and to commence their domination of the North American favorite. FaZe then won seven of the last nine rounds on T side to close out the series 2-1 with a 22-20 scoreline.

Team Liquid vs. Ninjas in Pyjamas

The following matchup between Liquid and NiP was also a close bout between fighting European and North American sides. Despite being down 10-5 on Overpass, Liquid overcame the odds and pulled off an impressive 11-3 T side to take map one of the series. A 14-13 clutch from Liquid star Keith “NAF” Markovic gave them map point and broke NiP’s eco, effectively ending the first map 16-13.

The story for Mirage had a similar storyline with NiP leading 12-3 at the half, but Liquid couldn’t find the final rounds late in the game to complete another comeback, resulting in a NiP victory on Mirage 16-13. NiP kept up the pace going into Inferno, and the map decider looked close going into the final half of the series. Liquid then took home the CT pistol round and earned themselves enough momentum to close out the map with ease at 16-9. NAF and Russel “twistzz” Van Dulken both averaged 23 kills per map in their convincing 2-1 win over the Swedes.

Competition at IEM Katowice will continue tomorrow with FaZe going up against Astralis at 9am ET and Liquid taking on Fnatic at 12:50pm ET.