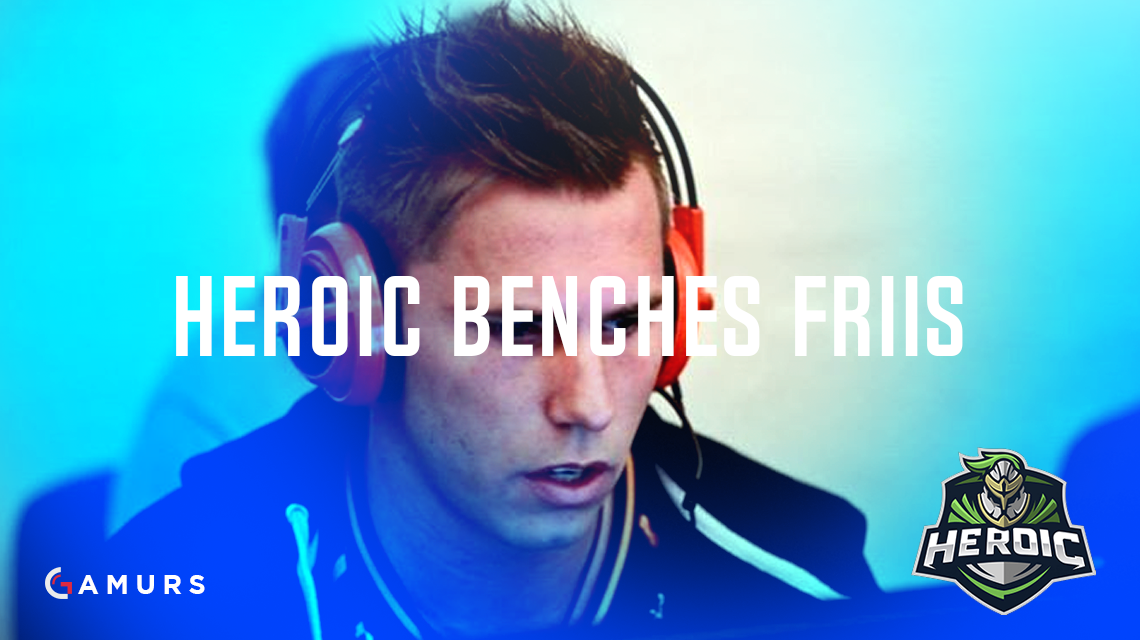 Heroic, one of Europe’s premier Counter-Strike teams, has announced that Michael “Friis” Jørgensen has been benched. Friis, the main AWPer for the team, will be replaced by Casper “cadiaN” Møller, a well-known player for Rogue.

This move comes just over a week after Heroic’s third place finish at DreamHack Leipzig behind newly formed BIG and eventual winners, FlipSid3 Tactics. The casters of the event pointed out several times how Friis was not performing well, being outshined by opposing players such as keev and WorldEdit.

CadiaN performed for Rogue at the same event, but the team was quickly eliminated after losing both of their games.

What do you think of this move? Let us know in the comments below or on Twitter @GAMURScom.