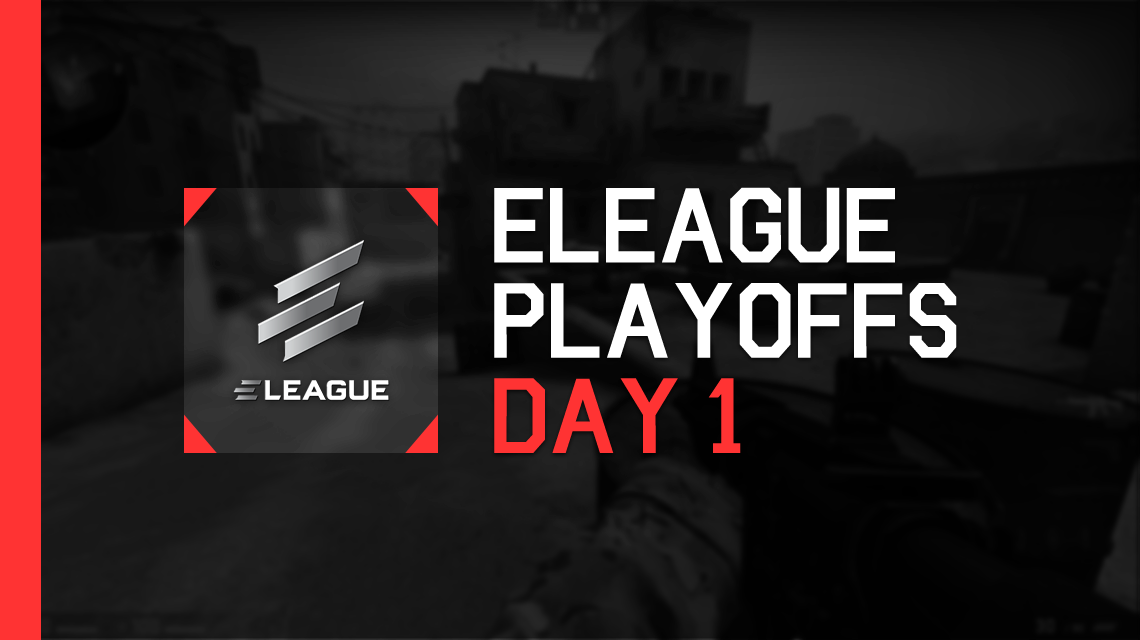 FNATIC and Virtus.pro are the two teams who have overcome Natus Vincere and mousesports in the semifinals of Turner and WME|IMG’s ELEAGUE season one.

The two teams will face off tomorrow on TBS, Twitch and Twitter at 4 p.m. EST to see who takes home the $390,000 grand prize. The event will be held in the Cobb Energy Centre in Atlanta, Georgia.

The hype is real for this event. Not only has ELEAGUE rolled out a beta stream where you can customize which player feeds you want to watch and stats you wish to see, but the hashtag #ELEAGUE is also trending on Twitter.

The day began with FNATIC and Na’Vi. The teams battled it out, but it was FNATIC who was victorious to end the series 2-0.

FNATIC stormed into Cobblestone with only one thing on their mind: victory. As the first gun round started, Na’Vi lost control of the map only winning one round in the second half as FNATIC took it 16-4.
In the second map, Train, Na’Vi were back with a vengeance. The map was much closer as the European giants traded rounds back and forth. In the end, FNATIC reigned supreme as the map ended 16-14.

. @fnaticdennis earns our title of @BWWings Blazin’ Hot Player of the Match! That 30-bomb though. pic.twitter.com/uIcFeDOJLh

Dennis “dennis” Edman went above and beyond for FNATIC and received the Buffalo Wild Wings Blazin’ Hot Player of the Match with 49 total kills across both maps and a combined average damage per round of 125.5. He also average about a kill-death ratio of two in the series.

To decide who would play FNATIC in the finals, VP and mousesports were up and live on TBS. FNATIC said that it would love to play VP in the finals and the Swedes got their wish. VP took the series 2-0.

It is somewhat known that VP takes a few rounds to warm up, so it wasn’t surprising that mousesports took the first five rounds of Train. By the end of the half, the Polish veterans up 9-6 and the plow was in session. VP took the first map 16-7.

Cache, mousesports’ pick, was a bit more daunting for VP. The German team was showing finesse on the map, but VP was able to bring it back in the second half to win 16-10.

. @byalics earns the title of @BWWings Blazin’ Hot Player of the Match as he helps carry VP to the Grand Finals! pic.twitter.com/6g4pRYAjNF

For the second semifinal Blazin’ Hot Player of the Match, Paweł “byali” Bieliński was a star for VP.  He came out with 49 total kills in both maps against a hardfought mousesports among other great stats.

We are nearing the end of this ELEAGUE season and with tomorrow being the finals, are you rooting for FNATIC or VP? Let us know in the comments and follow our Twitter, @GAMURScom, for live coverage for the finals tomorrow and other esports events.