The Portuguese finished the Iberian derby on top. 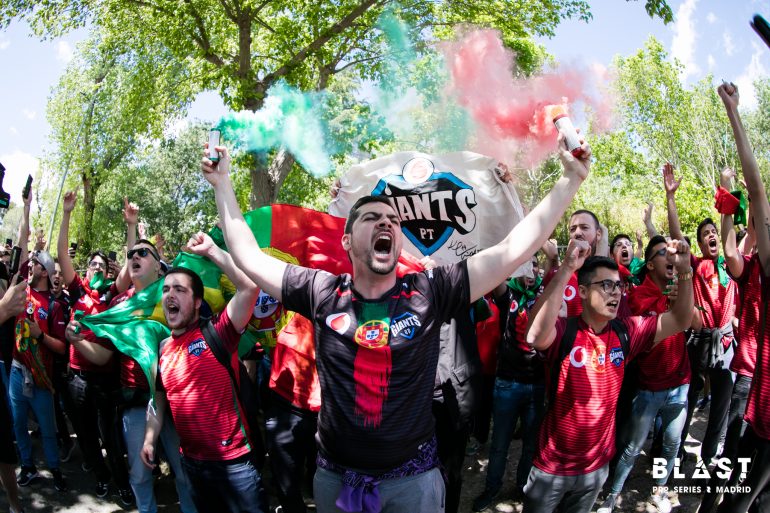 Giants emerged victorious in the play-in match against Movistar Riders today to secure a slot in the BLAST Pro Series Madrid group stage.

The fans in the Madrid Arena made a lot of noise and provided a great atmosphere for the Iberian derby. Giants covered all the costs for their supporters’ travel to Spain and they showed their appreciation by loudly cheering on their favorite squad.

The first map of the series was very entertaining since both teams gave it their all on Nuke. It was Giants’ map pick, but they only scored five rounds on their T-side. The Portuguese answered back in the second half and turned the game around with a 16-14 win. Ricardo “fox” Pacheco, the captain and star of Giants, closed things out with four kills in the last round.

Movistar Riders played well on the following map, Overpass. Óscar “mixwell” Cañellas and crew showed their strengths on both sides of the map, especially on their T-side with multiple successful executions on the B bomb site. The Spanish team tied the series with a 16-10 win in map two.

The action jumped to Vertigo, the decider map of the Iberian derby. This marked the first time Vertigo was played in a $250,000 event. Giants won 12 rounds in the first half by mixing aggressive executions and passive holds, while also securing three clutches on their T-side. The Portuguese had to calm their nerves on their CT-side after Movistar Riders almost came back, but Giants claimed a 16-12 win.

Giants now have two wins against Movistar Riders at LAN events. The Portuguese will join Astralis, Natus Vincere, and ENCE in the BLAST Pro Series Madrid group stage thanks to this victory.

You can watch your favorite teams compete in this tournament on BLAST’s main broadcast, or the second and third streams since all of the matches will be played simultaneously. The BLAST Pro Series Madrid group stage starts today at 1:45pm CT.