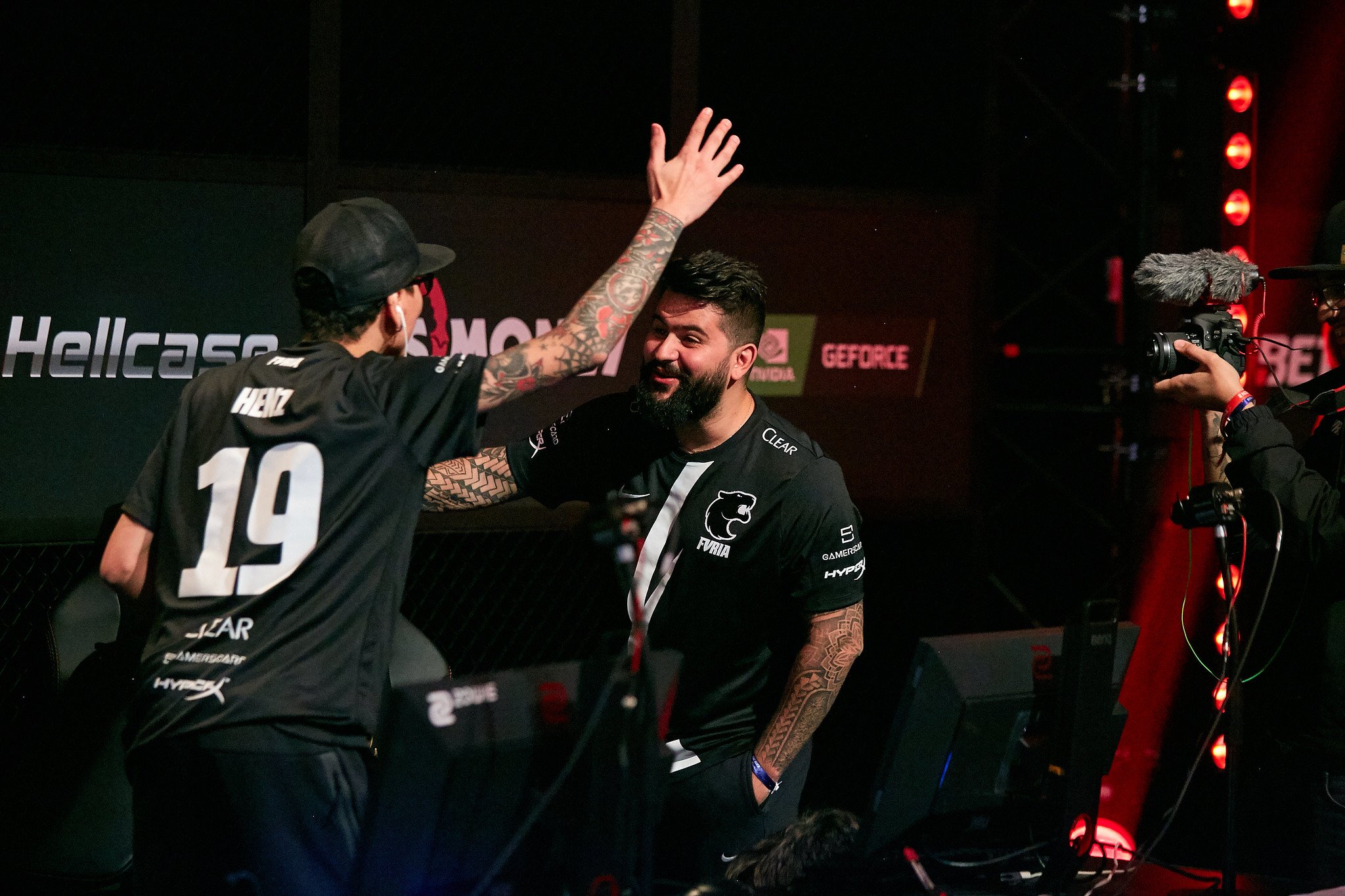 The Brazilians showed today that their aggressive playstyle still can be effective. FURIA have been stagnated in the second part of the season and couldn’t quite replicate the formula that led them to become a top-five CS:GO team in the world in the first semester. But Henrique “HEN1” Teles’ addition to the lineup is starting to show good results.

Both teams played a chaotic and fun game on Vertigo. After a balanced 8-7 half that went in favor of G2, FURIA had their second pistol round ruined by Nemanja “huNter-” Kovač, who made an unlikely one-versus-two clutch. G2 were in control to win the map, but FURIA’s willingness to play aggressively regardless of the situation granted them seven consecutive rounds to take down G2 16-14. Yuri “yuurih” Santos saved the last two rounds of the game for FURIA and finished the game with 30 kills.

FURIA were having a tough time in Mirage until HEN1 finally got involved in the action and won a round that hyped the Brazilians after he got a quad-kill. On the second half, Andrei “arT” Piovesan was grabbing a lot of frags for FURIA, but G2 were closing the gap after they grabbed five straight rounds. Once again, the game went to the 30th round, and Audric “JaCkz” Jug could’ve brought the match to overtime with a perfect flank if it wasn’t for Kaike “KSCERATO” Cerato’s awareness in the last moment. JaCkz’ death broke G2’s dreams and they lost to FURIA 16-14.

KSCERATO has been the best player of this tournament, and his performance today has helped FURIA to advance. If the team keep up like this, FURIA have the chance to make into the grand finals.

FURIA will play against Renegades later today at 12:30pm CT for a spot in StarSeries i-League season eight consolidation final.