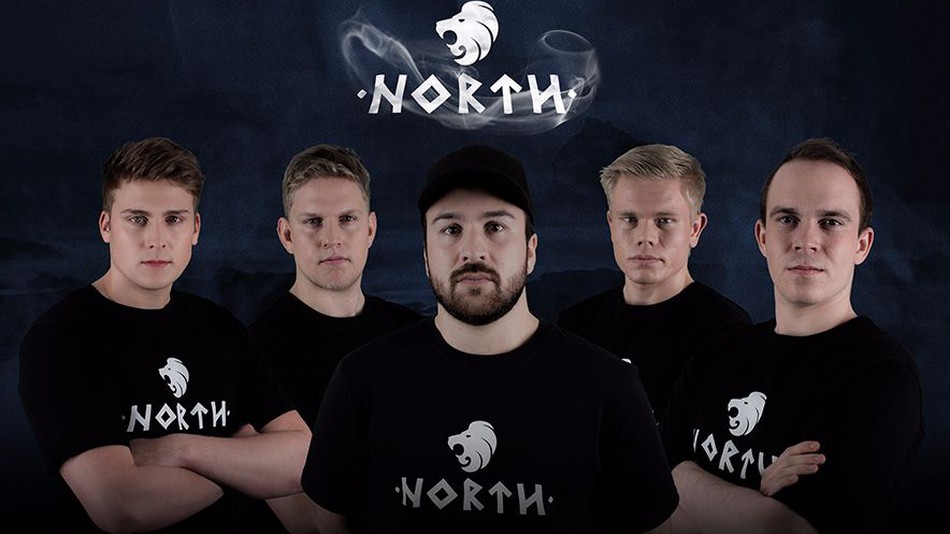 In Medieval Europe, one of the lowest class of society were the Serfs. They owned no land of their own and were not able to move away from the manor they lived on. They supplied the labour that formed the basis of their lord’s wealth, and in return received housing and a share of the crops they produced. The comparison between this Serfdom society and the Dignitas roster of 2015 is parallel. Instead of farming wheat, Dignitas farmed talent. Instead of supplying their labour to a Lord, they supplied their Danish-forged talent to the free market. Their most valuable prospect – Aizy – was swiftly taken away by the lucrative offerings of G2, soon to become FaZe. Faltering talent Pimp, who had been forced onto the AWP, was moved out by his own team, left in the wilderness of tier-three play. Despite their most prospective star being plucked away, the addition of young talent k0nfig and veteran RUBINO helped Dignitas scrape together some positive results.

Mid-early 2016 was respectable for Dignitas. k0nfig had his moments to shine, but the player that had really stepped up to fill Aizy’s boots was Kjaerbye. Confident in his own ability, and willing to carry the mantle, he was the poster boy for Danish success outside of the number one team from Denmark – Astralis… Right up until this more lucrative organisation took him out of Dignitas’s hands, of course. To make matters worse, the ugly duckling of their side – Pimp – had been enjoying success outside of their roster, and landed himself a comfortable spot on the highly touted North American Team Liquid roster. Even their coach Zonic, left to eventually end up on the Astralis payroll.

Just like the Serfs, there was no way that in-game-leader MSL could escape this land of bigger powers constantly buying and owning all of his hard earned work. Build a star one day, and see him bought the next. However, the Dignitas team had a series of small incremental positives build up over time, despite these drastic setbacks. K0nfig was gaining more experience on LAN every time his team qualified, giving him some invaluable intangible concepts like confidence and a “cool head” that can’t be formed online. The loss of Kjaerbye led to the pickup of the volatile and streaky Cajunb who had recently been cold, but had the raw skill to become great once again. Most importantly, these Serfs were pooling together the resources to buy a ticket to freedom – A chance at rising above their chthonian catch-22. This chance of escape manifested itself in the acquisition of the hottest talent in Denmark – Magiskb0y.

The corrosive manifestations of their past disappeared into the diaphanous cloud of multi-hued confetti as they lifted their trophy as a collected five, and claimed a first place check for $250,000. A feat not even their once-overlords in Astralis could claim as their own.

With one of the most dominating performances in the group stage of ELEAGUE, magiskb0y’s potential was apparent. MSL now had all the tools required to make a charge for the top. Two rising talents, with plenty of room to grow and develop – k0nfig and magiskb0y. A solid supportive base around them with RUBINO being ever familiar with role playing and Cajunb being a reliable source of frags with the AWP. To cap it all off is MSL himself, with his strange style of heavy tactics and emphasis on wide map pool, one of the few true in-game-leaders left in the scene.

Their road to escape the life of a Serf with the addition of magiskb0y began with a wait. The unofficial 2016 offseason brought with it time to practice and adjust to the new conditions of the side and create a system that would work for them. Time out of the spotlight was time well spent for Dignitas, as they came out of the gate with a clandestine confidence that worked in their favour for securing a top four at the StarLadder Finals over their other blazingly in-form Danish counterparts – Heroic. This success was only compounded by another promising top four at Dreamhack Bucharest a week later. Showing a surprising flexibility and depth in their map pool, a close best-of-three loss to the soon-to-be best team in the world – Virtus.pro – in the semi-finals, combined with a breakout performance from magiskb0y, was enough to raise them out of any labels of Serfdom.

Their two top four placments, three man core of consistent fragging and shockingly deep map-pool awarded them a solid placing in the top five teams in the world. They had soared past their previous over bearers in Astralis to claim the title of best team in Denmark all to themselves. Any threat of poaching players to another Danish organisation would be a threat of going to a worse team. Their mounted escape out of their Serf roots was complete, but there was a battle for the crown happening at EPICENTER 2016. SK Gaming, Natus Vincere and Virtus.pro all looked to take the reigns of momentum for the last part of 2016 to confine the CS:GO crown to this three horse race.

Their two top four placments, three man core of consistent fragging and shockingly deep map-pool awarded them a solid placing in the top five teams in the world. They had soared past their previous over bearers in Astralis to claim the title of best team in Denmark all to themselves.

Looking past these three front running horses was another figure – clad in black armour, riding on an even darker horse and straight out of the archetypes of Medieval Europe – Dignitas wanted no business in another top four finish, they wanted the crown.

After edging their way into the round-of-six, every series was a full three-game slugfest. With their comfort pick of Cobblestone proving to be indomitable to the even to the world’s best, the foundation was set for these Serfs to rule the Kingdom. The weight of RUBINO’s constant pressure and standout performance crumbled Fnatic’s will. Not even the best player in the world – s1mple – supported by a cast of elite characters, could topple Dignitas’s drive. Where most teams shun Nuke to the ban process, Dignitas embraced it and made it part of their winning strategy. The one-two punch of magiskb0y playing lights-out Counter Strike and cohesive strategic mindset on Nuke, was enough to knock out the Mike Tyson CS equivalent in Moscow.

Therein stood the Danes’ final challenge. The Grand Final against the best team in the world. From their cyclic and tumultuous peasantry beginnings to standing toe-to-toe with the current King of Counter-Strike, Dignitas appeared outclassed. A gimmick for some teams in Nuke was no joke to the veterans of Virtus.pro. A quick 16:11 for the Poles quickly set a tone for the series. Yet, this was only counterbalanced by the Dignitas stars stepping up on the biggest stage of their careers to throw the King off balance. Multi-kills, individual prowess and shattering the confidence of their enemies led to a convincing two final maps. Cobblestone 16:5 for Dig and lastly, Mirage 16:5 for Dig.

And just like that, in a quick two-game bout, they did it. They took down the world’s best.

The corrosive manifestations of their past disappeared into the diaphanous cloud of multi-hued confetti as they lifted their trophy as a collected five, and claimed a first place check for $250,000. A feat not even their once-overords in Astralis could claim as their own. All feelings of jaundice and fetid frustration melted away as the historical scope zooms out from EPICENTER 2016, and looks forwards. There are no longer just three teams battling it out for the right to rule the Counter-Strike kingdom.

A fourth team is in the midst, and it seems they are here to stay.

What are your thoughts on Dignitas stepping up to the plate and taking down Virtus.Pro? Do you think Dignitas is going to be one of the world’s best teams? Let us know in the comments below or by tweeting us @GAMURScom.

For more construed tangential links between Medieval Europe and Counter-Strike, follow me here.