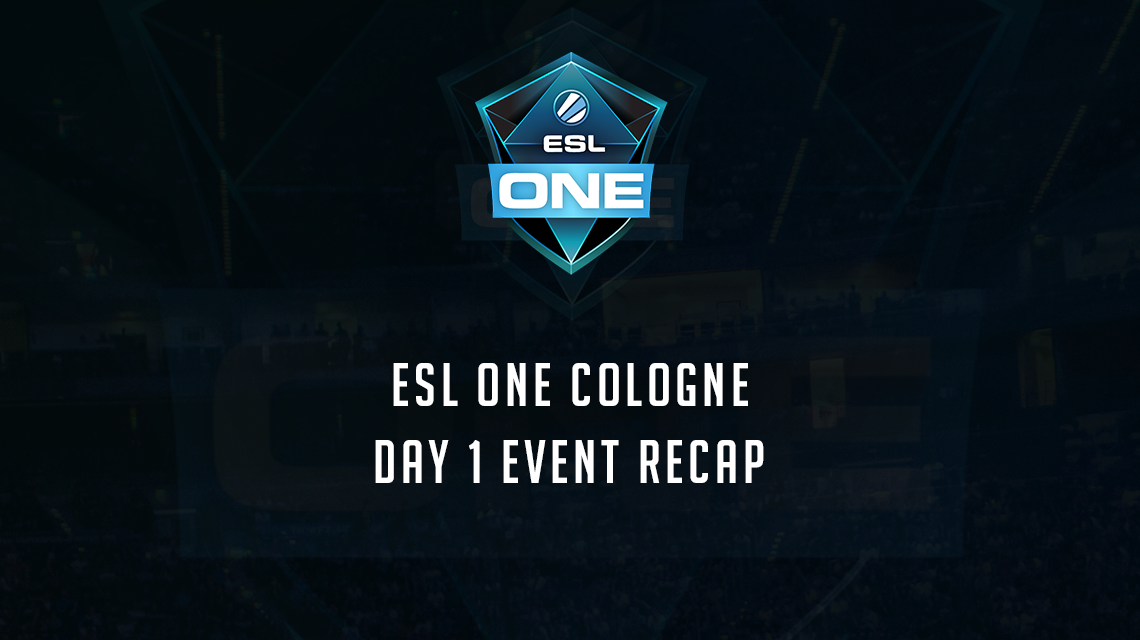 A Major event is always a lot a fun for fans of Counter Strike: Global Offensive. Souvenir drops, amazing matches and a whole lot of VAC spam in the Twitch chat. So here is a rundown on everything that happened on day one of the ESL One Cologne Major.

First up was the Danish Darby, as the two teams battled it out on Overpass. The match looked close at first, with Astralis taking the first half 8-7, but in the end it was not so. Dignitas gave it their all, however, they ended up losing 16-12.

Dust was the battleground for this match, and it was Gambit who would take an early 7-1 lead. CLG did make a little comeback ending the half as they took seven rounds to Gambit’s eight, however it is Gambit who would win 16-13 in the end.

Train was the map for this match, and Na’Vi dominated Flipside on the first half as they stormed to an early 13-2 lead. Flipside starting building some momentum on the second half by getting five rounds in a row, but Na’Vi shut down the comeback and finished the map 16-7.

As expected, NiP went off to a good start on Dust vs OpTic, grabbing themselves 11 rounds on the terrorist side at the half. NiP continued their dominance, crushing the Green Wall 16-4.

Liquid and EnVy traded a few rounds and kept the match close, with the North American team leading 9-6 at the half on Train. Liquid kicked it into overdrive on the second half, crushing the Frenchmen and winning the map 16-7.

This match was another matchup on Train, mousesports took the early 7-0 lead over VP.  Storming back to take seven of the next eight rounds, VP was only down 8-7 at the half.  VP took the second pistol round and plowed their way to a 16-10 victory over the German mousesports team.

This was the replay of the ECS Finals, and this time the two teams were set to face off on Cobblestone. The half time score reflects how evenly matched the teams are, with G2 barely leading 9-7.  The two teams continued to batter each other, tying up again on the 20th round 10-10. SK pulled away in the end, taking the map 16-11.

The Swedish Gods and the French musketeers had a very close match on Dust 2. Fnatic pushed out to a quick 7-3 lead, but the French dug deep and closed out the half up 8-7 after a monumental effort from Ricardo “Fox” Pacheco. FaZe powered forward to match point early in the second half and although Fnatic fought hard to take it to over time, FaZe would win 16-14.

Are you surprised by FaZe’s upset over Fnatic? Let us know in the comments below and for live updates as the Major matches happen, make sure you are following us on Twitter at @GAMURScom.