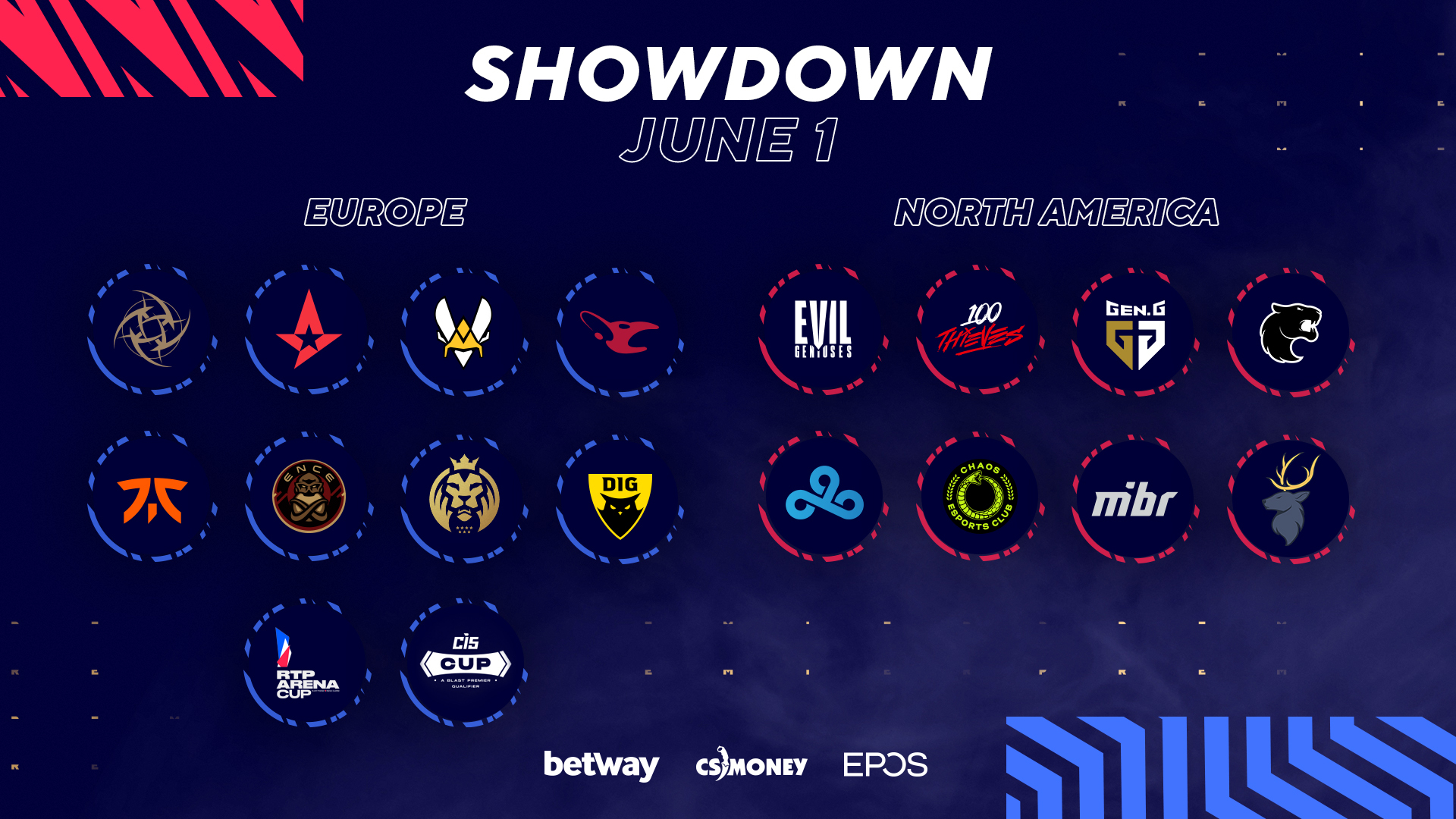 BLAST has finalized the invitation list for the European and North American Spring Showdown, the tournament organizer announced today.

For the European tournament, BLAST has invited Fnatic, mousesports, and MAD Lions. The CS:GO community has been criticizing BLAST for not including Fnatic and mousesports, two of the best teams in the world, on the list for previous tournaments.

These three teams will join Astralis, Vitality, Ninjas in Pyjamas, ENCE, and Dignitas. The last two spots for the BLAST Spring Showdown Europe will be fulfilled by the winners of the RTP Arena Cup and the CIS Cup.

As for North America, the Spring Showdown has been reduced to eight teams. Gen.G, Cloud9, FURIA, Chaos, and Triumph will join Evil Geniuses, 100 Thieves, and MIBR.

The Spring Showdown will be played entirely online due to the coronavirus pandemic. It’s set to be played between June 1 to 7 in both regions. The BLAST Spring Showdown Europe will split the 10 teams into two round-robin groups. The group winners will advance straight to the European Finals and the remaining teams will play in a single-elimination bracket, with the top two proceeding to the Spring European Finals.

The Spring Showdown Americas event will also use a best-of-one round-robin group stage. The last team in each group will be eliminated and the rest will proceed to a single-elimination bracket. The top two teams will advance to the Spring Americas Finals.