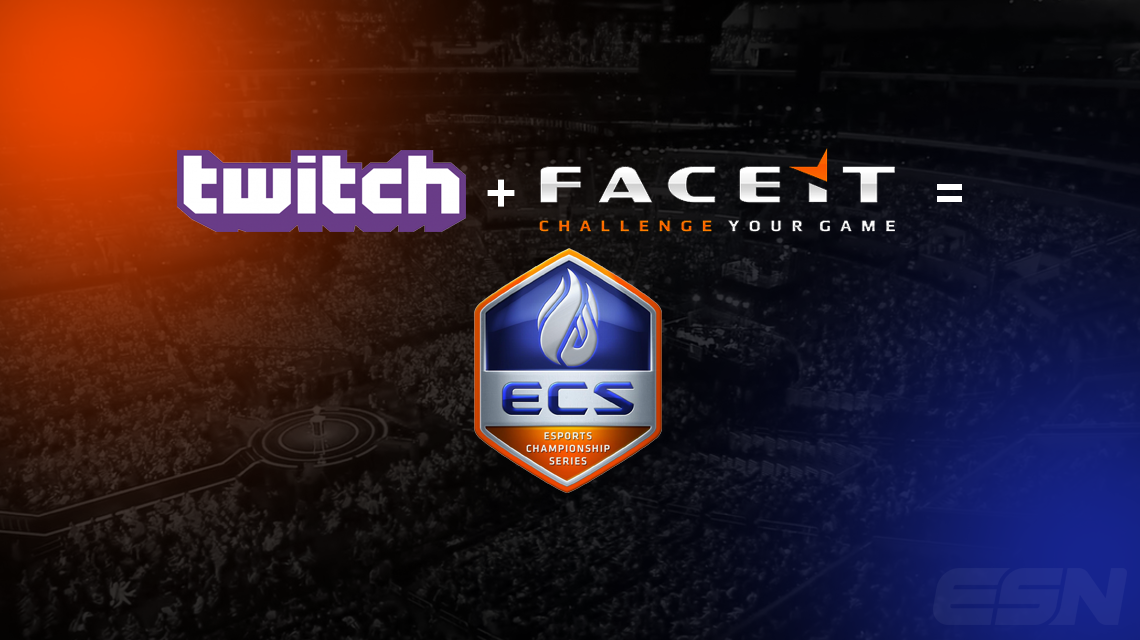 FACEIT and Twitch announced earlier today that they would be joining forces to launch a “revolutionary eSports initiative” called the eSports Championship Series (ECS). For those of you who don’t know, FACEIT is one of the world’s leading competitive gaming platforms, while almost everyone knows that Twitch is one of the best streaming platforms.

The first league for the ECS will be for Counter-Strike: Global Offensive and according to FACEIT, this league will “be the first professional eSports league to offer teams co-ownership, like many traditional professional sports leagues.”

The initial plan for the league is that it will include 20 teams, ten from North America and ten from Europe and will include a $3.5 million payout in prize money and financial support for the teams in the league.

Michele Attisani, the co-founder of FACEIT, is really excited about the potential and future of this league.

“Players and teams are the heart of the eSports community and deserve the opportunity to reap the rewards of their hard work and dedication to grow eSports into a mainstream phenomenon,” Attisani said. “We make the community our first priority and as such, we’re excited to support the first eSports league that positions teams as co-owners.”

Also worth noting is that the ECS is enacting their own rules and regulations for this league. According to the FACEIT press release, “All parties involved worked very closely to determine a strict code of conduct for player treatment and payments, making sure everyone has the chance to benefit from the league’s success and the continued growth of eSports.”

A governing committee for the league has also been established, and teams and their players have been given seats on this committee to “help decide and enforce key aspects of the league, including regulatory framework, integrity, players’ welfare, holidays, and best practices to ensure synergy among the league and its participants.”

This league will be streamed exclusively on Twitch and as of earlier today, has already started with the first game beginning around 12:00 p.m. EDT.

For more information about this league, check out the official FACEIT press release here .

What do you think about FACEIT and Twitch joining forces to launch the ECS? Let us know by commenting below or tweeting us @eSportsNation .