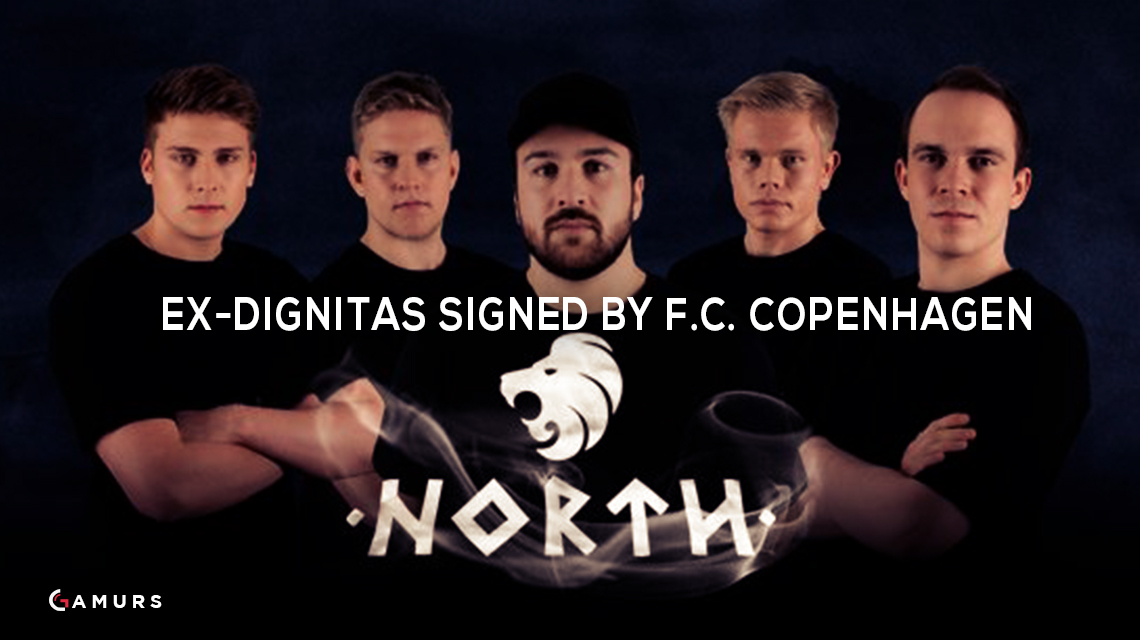 The Danish lineup, who have been on a rise and was recently released by Team Dignitas due to the team’s owner (Philadelphia 76ers) wanting to field a North American team, has found a new home in F.C Copenhagen.

This team has a very good chance at placing well at the upcoming ELEAGUE Major and it has been confirmed by HLTV that they will be known as “North” after the major.

According to the article about the acquisition on F.C Copenhagen’s website, the players signed two-year contracts with North.

A press conference will be held at 11 AM today and more information will come to light after that. We will update you as soon as we can.

Are you surprised by this pickup? Let us know in the comments below and make sure you are following us on Twitter for updates on this news story and more. @GAMURS_CSGO